As I have blogged before we in Maryland have been spared the onslaught of negative presidential campaign ads that the battleground states like North Carolina have had to endure.  That is until the different casino groups started to wage a battle over where a new casino could be built. 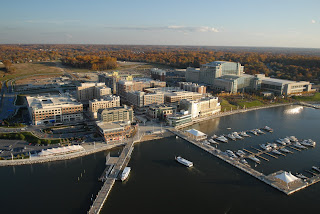 Tomorrow the Maryland Legislature begins an unusual summer special session to consider whether we should have another casino in National Harbor on the Potomac.  To a viewer of TV commercials this is a legislative fight between one group that promotes new construction jobs and money for Maryland schools and another that talks of special moneyed interests controlling the Maryland Legislature.  There is even one radio ad decrying the "government-run" gaming interests in Maryland limiting the amount of money going to support teachers in Maryland.  What may not be apparent by these ads that seem to be promoting the best interests of Maryland taxpayers and students is that owners of Maryland casinos are now at war with each other because they don't want competition for the limited gaming market in Maryland.
After listening to the endless debate over whether Maryland would have casinos just a few years ago I didn't realize that the debate would shift so quickly to how many casinos we would have in Maryland.  Gaming has been sold as the solution to Maryland deficits and revitalizing areas of the State like Baltimore City and Western Maryland.  When it came time to vote on this issue a few years ago I was ambivalent about the issue but tired of the endless debate. As a taxpayer (and non gambler) of course I would like to have someone else provide new revenue for the Maryland budget.  But I also realized that going down the gaming route is a slippery slope that usually leads to casino interests attempting to influence elected officials.  While I take pride in the honest government types we elect here in Howard County, the stories of corruption in other Maryland jurisdictions doesn't lead me to feel confident that the growing gambling interests will not eventually lead to more political scandals in our State at some point.  Doing business with the gambling interests is like doing business with the devil.  What seems like a magic bullet to solve the Maryland budget needs comes at a high cost to honest government. 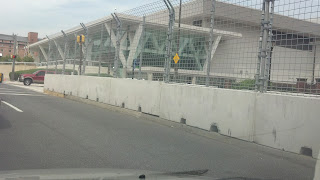 From the looks of it the Baltimore streets are being prepared for the Indy car race this Labor Day weekend.

Posted by duanestclair at 6:06 AM