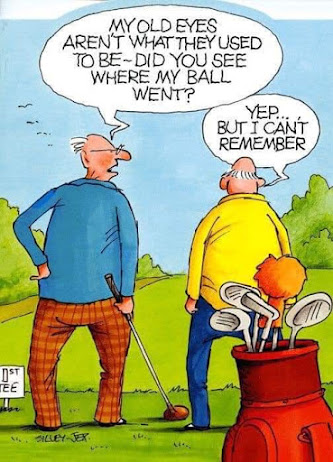 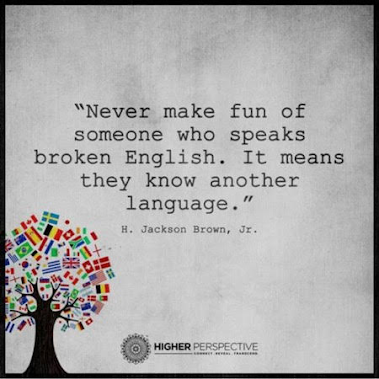 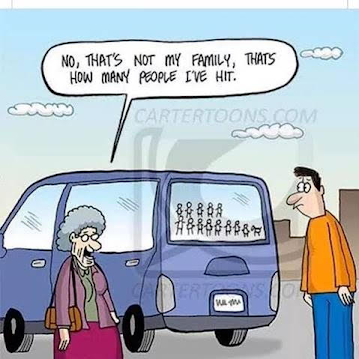 Posted by duanestclair at 1:31 PM No comments:

Playground for All opens in Blandair Park 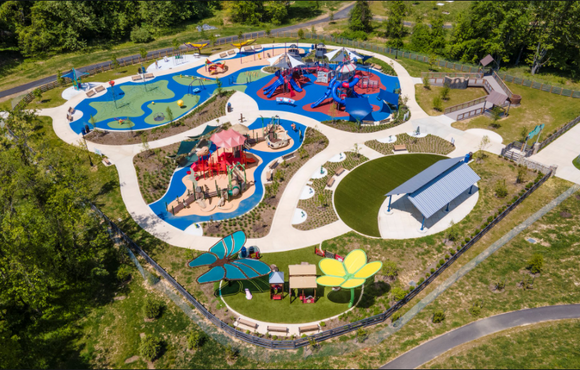 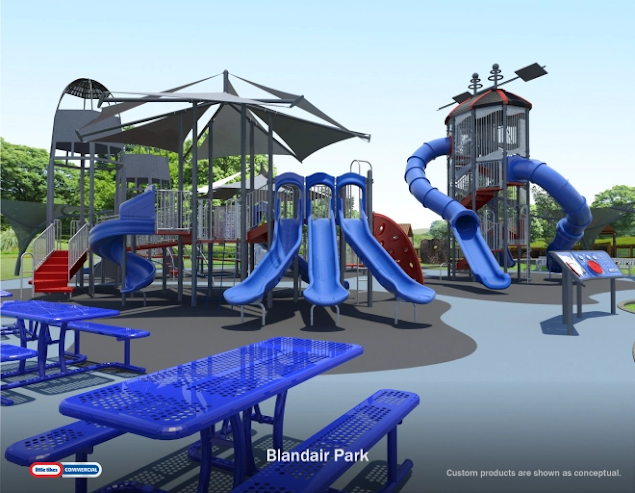 According to the Columbia Patch:

Posted by duanestclair at 4:20 PM No comments:

Is the Merriweather District the "new" Lakefront?

We have all seen the shift of activity in Baltimore from the Harborplace area of Downtown Baltimore to Harbor East.  As one area dies another replaces it.  This change seems to be occurring in Columbia with the closing of Clydes and other restaurants at the Lakefront.  This is occurring at the same time that restaurants and other activity spaces are opening up in the Merriweather District.  As we come out of the pandemic it will be interesting to see how each of these areas grows or declines.

If new restaurants at the Lakefront don't return to this area what would replace the space?  Just as the controversy presently occurring in Hickory Ridge with housing being introduced at the Village Center, I wonder if more condos and apartments might replace some of the commercial space that has existed at the Lakefront in the past.  Having a view of Lake Kittamaqundi from a condo seems to be more attractive than a view of the Mall parking lots that exist with many of the housing units currently existing near the Mall.  The new form of commercial space seems to include a housing component above the first floor.

We are still years away from a transformation of the Mall into its next iteration but that area will also see an inevitable decline as the 1970s enclosed mall concept runs its course.  My prediction is that the Mall area will eventually change from its present enclosed mall to a more parklike setting with small-scale commercial establishments spread throughout.  Think of something like Tavern on the Green in Central Park. 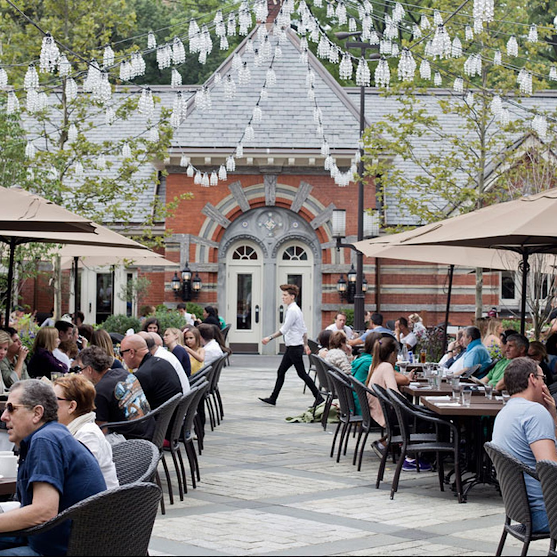 Posted by duanestclair at 9:44 AM No comments: 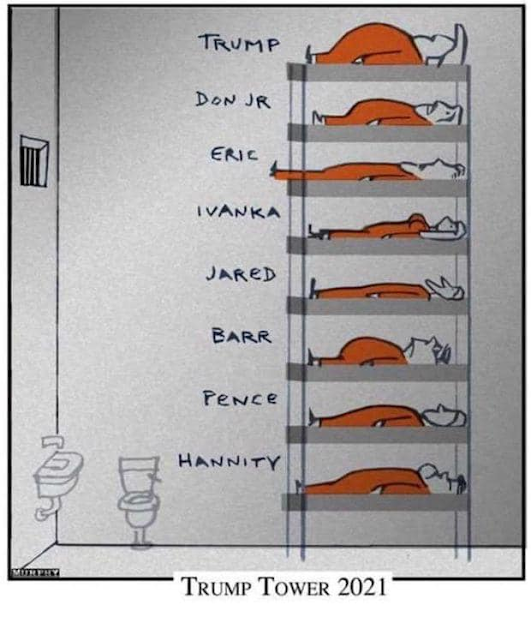 Posted by duanestclair at 8:15 AM No comments:

Howard County leads the state in getting our residents vaccinated

So 62% of residents of Howard County 16+ fully vaccinated and 77% have at least one shot we lead the state of Maryland in getting our residents vaccinated.  We have a shot at getting to the 70% level with fully vaccinated by July 4th, especially now that kids as young as 12 can get vaccinated.  Being a liberal community that recognizes a social responsibility to others in our community again works to our benefit.  Our situation is contrasted with rural, conservative areas of our state like Somerset and Cecil that have the lowest rate of residents fully vaccinated.   Trumpism and a lack of social responsibility continue to put people at risk of illness and death.  Can you imagine where this country would be today with Trump still as our President and his attitude of "everyone is on your own" philosophy?

Once again we have Jim Rouse to thank for creating the great community that we have.  We would not be where we are without the qualities that attracted socially responsible liberals to our County.

Posted by duanestclair at 3:29 PM No comments: 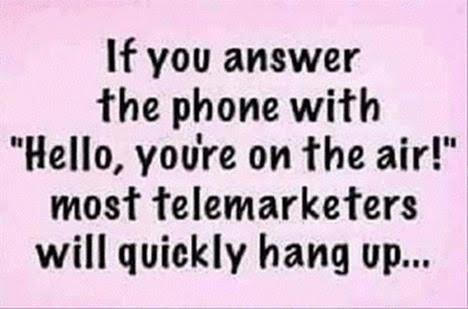 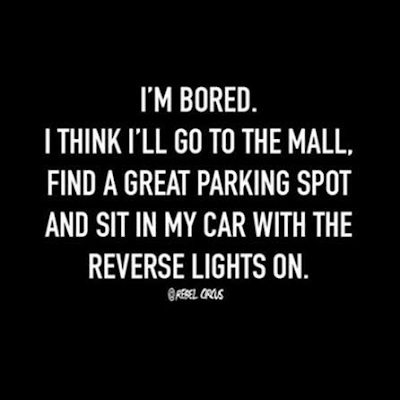 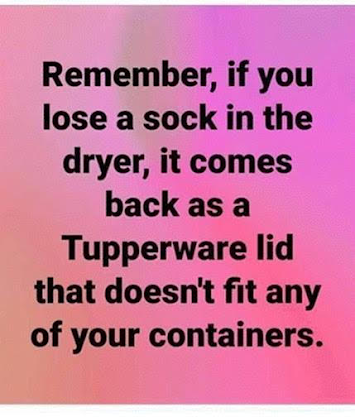 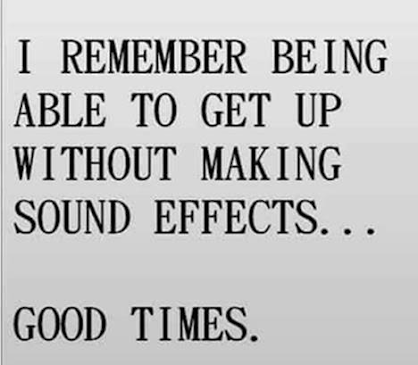 Posted by duanestclair at 10:54 AM No comments:

Here is one Republican who couldn't get nominated today 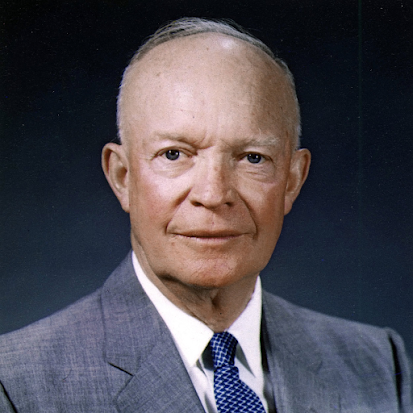 As the Republican Party has evolved from a normal conservative political party into nothing more than a Trump cult, it has only to look at its political leader from 60 years ago to see how far it has dissolved as a political party.  Here are two Republican President Eisenhower quotes from the 1950s to show what a rational party leader looks like.

"If a political party does not have its foundation in the determination to advance a cause that is right and that is moral, then it is not a political party; it is merely a conspiracy to seize power."

"To remain secure and prosperous themselves, wealthy nations must extend the kind of cooperation to the less fortunate members that will inspire hope, confidence, and progress. A rich nation can for a time, without noticeable damage to itself, pursue a course of self-indulgence, making its single goal the material ease and comfort of its own citizens-thus repudiating its own spiritual and material stake in a peaceful and prosperous society of nations. But the enmities it will incur, the isolation into which it will descend, and the internal moral and physical softness that will be engendered, will, in the long term, bring it to disaster."

Posted by duanestclair at 4:44 AM No comments: 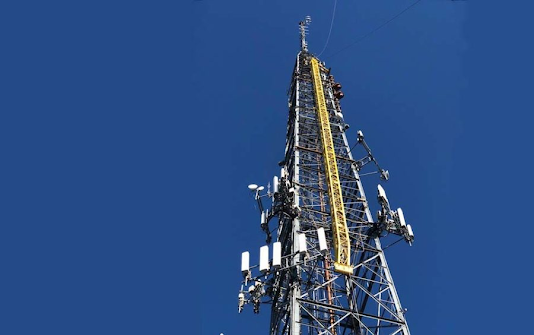 In 1971 I was finishing up my junior year at American University and couldn't help but notice what was being built on campus.  The old small radio tower that had been used by WAMU was being replaced by a much bigger radio tower.  WAMU moved from being a student-run campus radio station and became the Washington DC station for the newly created National Public Radio Network.  With its presence in the nation's capital, it hosted many of the early public policy shows.  The Diane Rehm show is the longest-running one.  With many elected officials and celebrities brought to the campus to appear on one of the station's shows, often the individuals were available to appear at student sessions on campus.  I remember being able to listen to Charlton Heston talk for 2 hours on his movie life at one student session.  His storytelling of behind the scenes of filming Ben Hur was memorable.
For many years of traveling it was always important to find the local NPR station to tune to so that you could listen to your favorite shows.  Fortunately, the NPR network station was by design almost always found at the beginning of the FM dial.  Somehow being away from home and being able to listen to NPR shows was like bringing your home with you.  Now I can Bluetooth NPR on the TuneIn app on my phone so I no longer have to search for a radio station.
We now have a number of ways of listening to the news or current event shows on many different platforms.  The range of podcasts on any topic has made me a less frequent listener but the NPR shows like Fresh Air, Wait, Wait Don't Tell Me, All Things Considered, and Morning Edition are old friends that still draw me in.  I am afraid that both NPR and PBS may struggle in the future with the Baby Boomer generation aging and dying.  We are the generation that still is the strongest supporter of both of these institutions.  If you don't believe me just listen to the music shows when PBS does its pledge weeks. Times have changed with both as we now have to listen to corporate sponsors of our public shows.  That sponsorship has been necessary as public dollars have been reduced and Republicans try to kill off both institutions.
P.S.
If NPR is 50 years old I must no longer be a kid.  Time passes too quick.
Posted by duanestclair at 4:15 PM 2 comments: 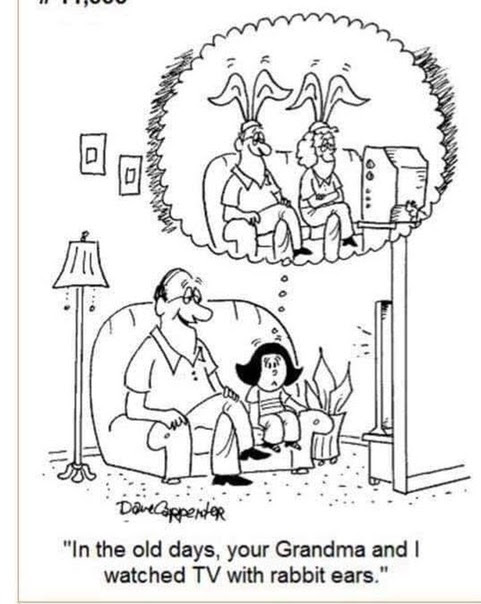 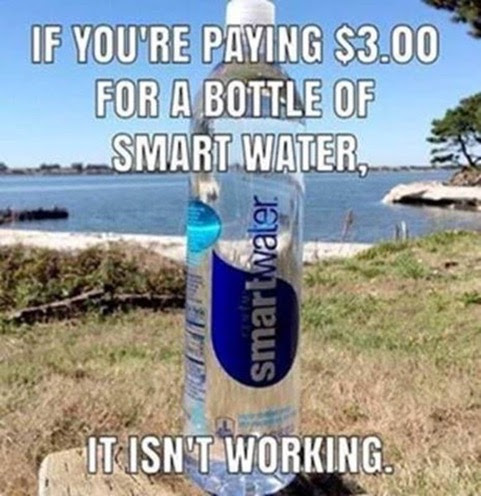 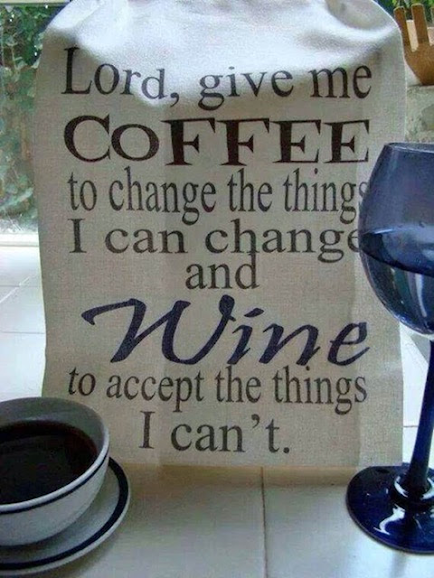 Posted by duanestclair at 5:02 AM No comments:

Weekend funny that hit home with me 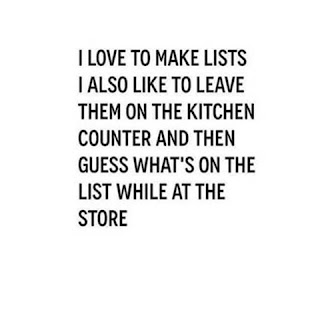 This is why I started putting my grocery list on my phone.  Problem solved thanks to a smartphone.
Posted by duanestclair at 4:45 AM No comments: