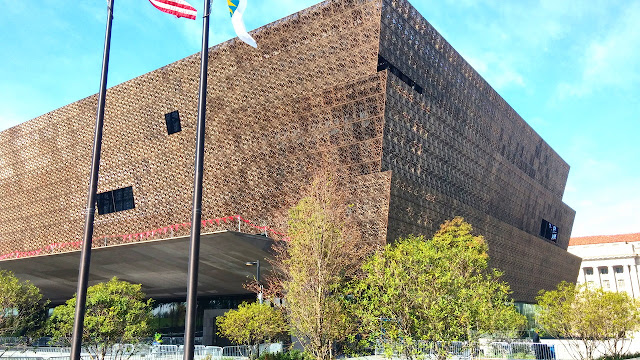 This week I had a chance to visit the new Smithsonian African American Museum on the Mall in DC.  As the picture above shows its architecture is unlike anything else on the Mall.
The museum is divided into 2 sections.  The 3 underground floors cover the African American story from 1400 to the present day in a very comprehensive manner.   The upper three floors are designed for research and other exhibits.  The time needed to visit this museum is at least 3-4 hours but you can easily spend most of the day to get the full experience. 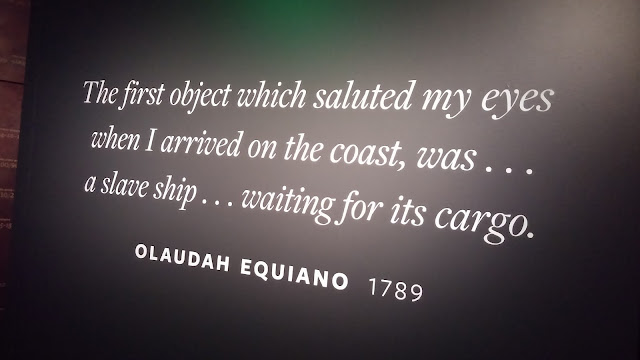 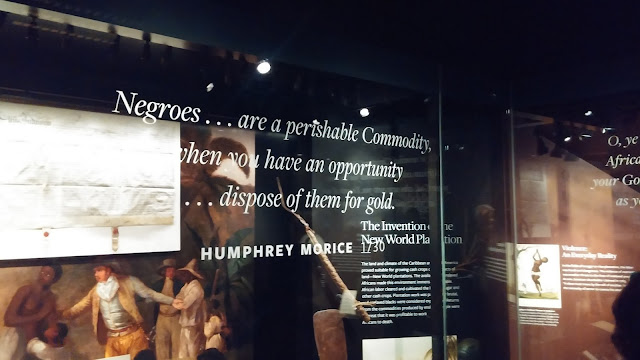 The slavery section covering over 250 years is extensive.  The description of human beings as cargo shown above is very telling about how inhumane the slave trade was. 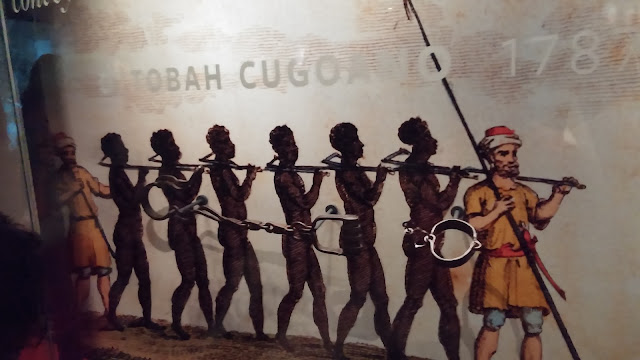 The exhibit has a listing of various ships that carried slaves to our country.  It shows how many slaves started the trip and how many survived.  It is sobering to see how on some of the ships less than 50% of the slaves survived the trip.  One ship showed only 7 slaves out of 170 survived. 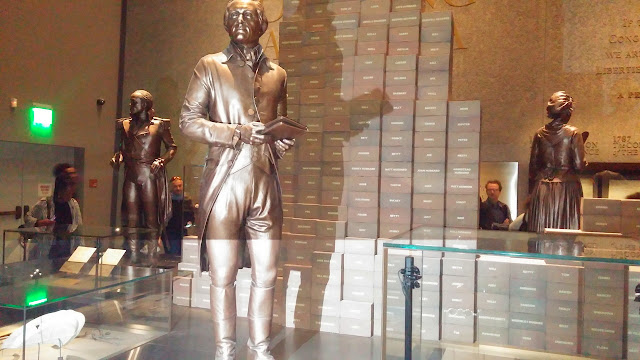 Slavery during the colonial times and the first 80 years of United States history is covered comprehensively.  The conflict between the words of our founders of "All men being equal" and the fact that many of our founders, like Thomas Jefferson pictured above, were slave owners is hard to reconcile.   The bricks behind the statue of Jefferson show the names of his slaves.  It is hard not to notice the Hemings family names. 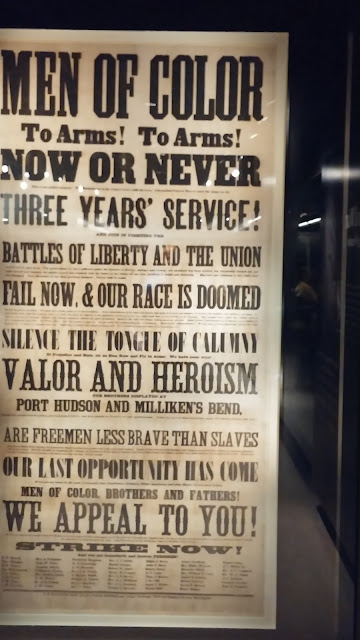 African Americans, as slaves and citizens, have fought in all of the wars of our country.  The British and Union forces appealed to slaves to join their forces during the Revolutionary and Civil War to gain their freedom.  Slaves that fought on the British side during the Revolutionary War went to Canada after the war.   In more modern wars, like the two World Wars, African Americans thought that military service might make life post war less segregated.  They were largely disappointed to discover life back in the States changed little after their service. 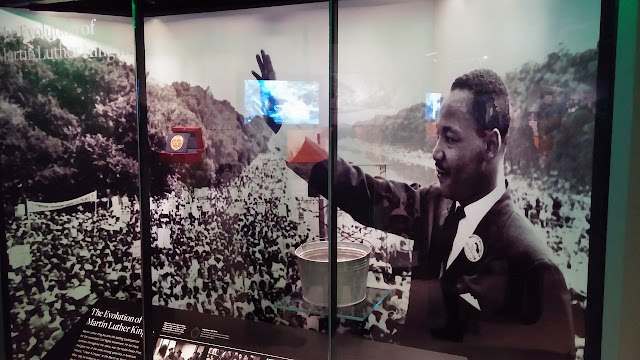 The struggles of Martin Luther King and other civil rights leaders of the 50's and 60's is a history that many of us can remember. 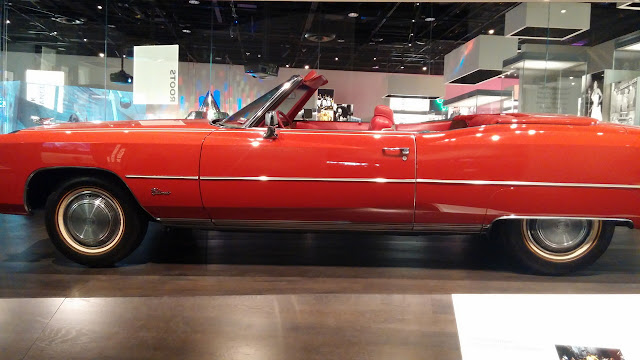 I spent so much time in the early historical period that I only had time to breeze through the section on entertainment that covers music, movies and television.  The Cadillac pictured above is Chuck Berry's.  Oprah's TV set is also there. 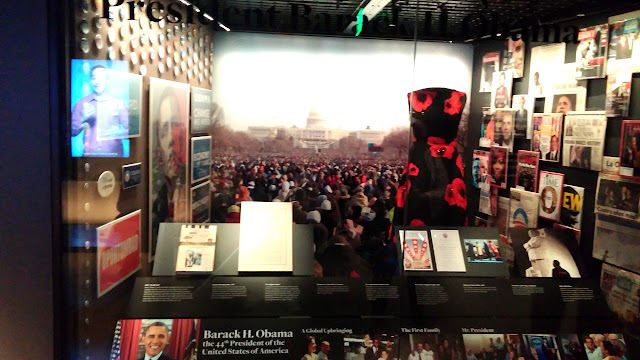 The final area shown above is the Inauguration of Barack Obama.  The dress is one that Michelle Obama wore.
I have only touched on a little of what is covered in the museum.  I will return for another visit. Tickets are no longer available by phone or online until after March 2017.  Same day tickets are available at the museum each day starting at 9:15 a.m.


Posted by duanestclair at 5:14 AM No comments:

We all will be glad to have the election over soon.  If you can't wait to cast your vote today gives you this opportunity.  Early voting starts today in Howard County.  Here are the voting locations.  You can vote at any of the locations regardless of where you live in the County.  Maryland this year has also started same day registration for the early voting dates.

#hocoblogs
Posted by duanestclair at 8:14 AM No comments:

How campaign strategies have changed

You may have noticed that I haven't been posting the past few weeks.  I have been traveling around the country and couldn't help but notice the Trump for President signs that seem to be everywhere I traveled.  This isn't a post on the campaign except to consider how campaigns have changed over time.  The question I have is "Do political signs have any impact on elections?"  I can see the signs for races for a judgeship or the board of education race where name recognition is probably an important influence in voting but with all the information on presidential candidates why would a sign have any impact? Am I going to vote for a presidential candidate based on seeing a sign?  If that is a reason to vote for a candidate for president you are a very, very low information voter.
Another influence on campaigns that doesn't hold much impact on campaigns is newspaper endorsements.  The editors of newspapers have lost most of their influence as the readership of newspapers has dramatically declined over the past decade.  For many people today news is something they get on the internet and through social media.
With today's extremely divided electorate the new strategy for getting elected is centered on getting your supporters to the voting booth.  Putting your money into a "ground game" seems to be the most impactful use of your resources.  Putting up yard signs seems like fighting the battle with yesterday's weapons.

P.S.
It seems that the Trump signs in Howard County have been defaced.   Maybe our County is not as "civil" as we thought.


#hocopolitics
Posted by duanestclair at 8:58 AM 2 comments:

We have a chance to provide public funding for our local elections for Howard County Executive and County Council.  A measure on our local ballot this November will set up the authority for public funding for these local offices.  Question A on the ballot, if approved, will amend our County Charter to set up a Citizens Election Fund System to provide this public financing.  Here is the wording:

The funds for this financing can come from either the County Executive in their budget request or added by the County Council.  This is only the second funding, after the School Board funding, that permits the Council to add funds to the County Executive's budget.  The mechanisms for citizen donations to this fund are still to be worked out.  There could be a mechanism set up with County water bills or property taxes that allow a check off amount similar to our Federal Tax forms.
This initiative came as a result of the work of Council members Jen Terrasa and Jon Weinstein.
Here is a link to a good article from the Maryland Reporter that gives more information on the question.   You can also check out their Facebook page.
There are thresholds for candidates to reach to be eligible for these public funds.  The candidates for County Executive would have to have 500 donors and total $40,000 in total donations.  Candidates for the County Council would have to have at least 125 donors and $7,500 in total donations.   The caps for public funds are $75,000 for County Council candidates and $750,000 for the County Executive candidates.

#hocoblogs
Posted by duanestclair at 8:18 AM No comments: 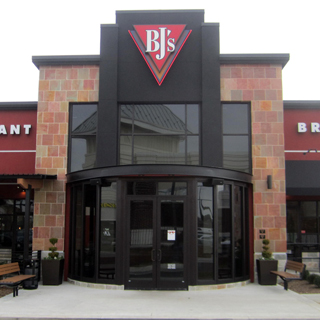 Decided this week to try the BJ's Brewhouse in Laurel to see what the restaurant was like since we will soon have one in Columbia at the Columbia Crossing Shopping Center.  The menu is varied with a little bit for everyone.  Burgers and pizza seemed to be the most popular items. 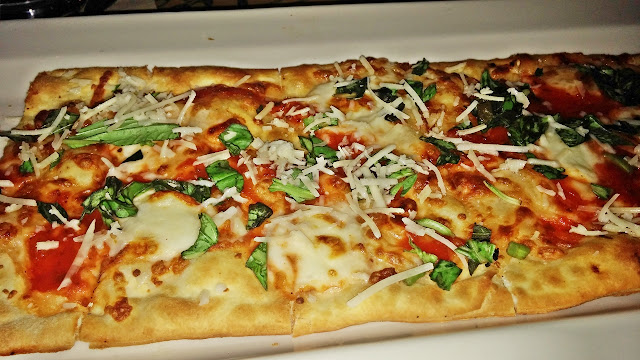 The Margarita flatbread pictured above was nothing special but a decent appetizer. 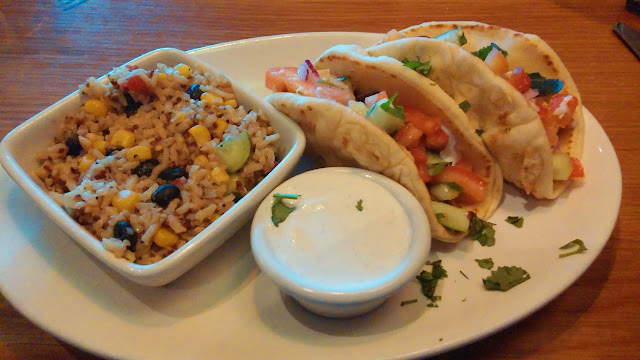 I usually try fish tacos when I see them on the menu so pictured above it their version of the dish.  Again not bad but far from the best I have ever had.  A good choice for fish tacos locally is the Green Turtle.
First visit didn't leave me impressed but when they come to Columbia I will give them another try for their pizza and a turkey burger.

P.S.
I am not a beer drinker but being a brewhouse (off site of course) the menu did have a long list of specialty beers.

#hocofood
Posted by duanestclair at 4:31 AM 2 comments:

Last week the Columbia Patch had an article about another pedestrian being hit and killed along Route 1 in Jessup. How often have we heard of a pedestrian killed along this road?  When Route 1 was built sidewalks were never planned because no one ever walked along this road.  What has changed is that for many of the people who live and work along Route 1 don't have a car.  Many service workers in the businesses along this road are too poor to own a car.  Walking is their only way to get to a job.  Their jobs also may require them to walk along these roads in the dark, especially as the days get shorter.
If you follow this blog you know my longstanding issue with the lack of sidewalks along Dobbin Road in Columbia.  Residential streets are not the only places that need sidewalks.  The need of sidewalks along our roads that lead our low income workers to their jobs should be as much a priority as affordable housing for this population.  Not all of these workers can afford to pay for cabs on their limited wages.  I would hope that as we make our communities more walkable we don't forget that walkability is economically essential for many of our service workers.

#hocoblogs
Posted by duanestclair at 5:08 AM No comments:

What was that yellow object we saw in the sky yesterday?? Really, 7 straight days of heavy rain? Anyone ready to build an arc?  With our rainy weather of 6 inches or more last week it just seems that these heavy rains are becoming the new normal.  Even thinking back to the monster snow storm that we had last winter maybe something is changing.  It is always tricky to make assumptions about climate from any few of days of weather.  Weather is short term and climate is long term.  Even with the recent rains we are only a little above average for the year.  Remember how little rain we had this Summer and earlier in September or just the week before with blue skies for 5 days?
Still the warmer oceans release more energy into our storms and create more frequent storms with increasing amounts of rain.  Time will tell if the storms of the past month are the new normal but with the rise of temperatures in the oceans it would be naive to think that we will not have to adjust to this new reality and plan for how we will cope with increased risk of flooding. 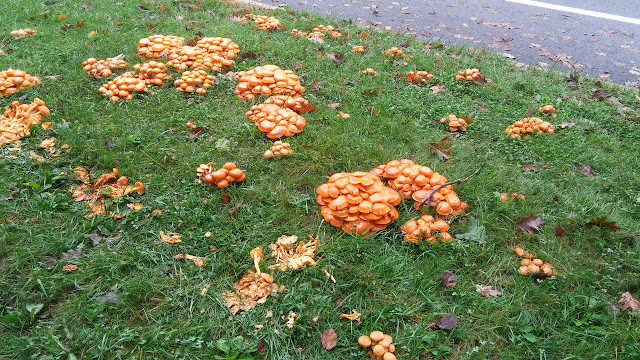 At least this group of mushrooms along Cradlerock Way like the rains.  From a Google image search it looks like these are poisonous Jack-o'-Lantern mushrooms.

#hocoblogs
Posted by duanestclair at 4:34 AM No comments: