Most foreign born residents for each state

Posted by duanestclair at 7:49 PM No comments: 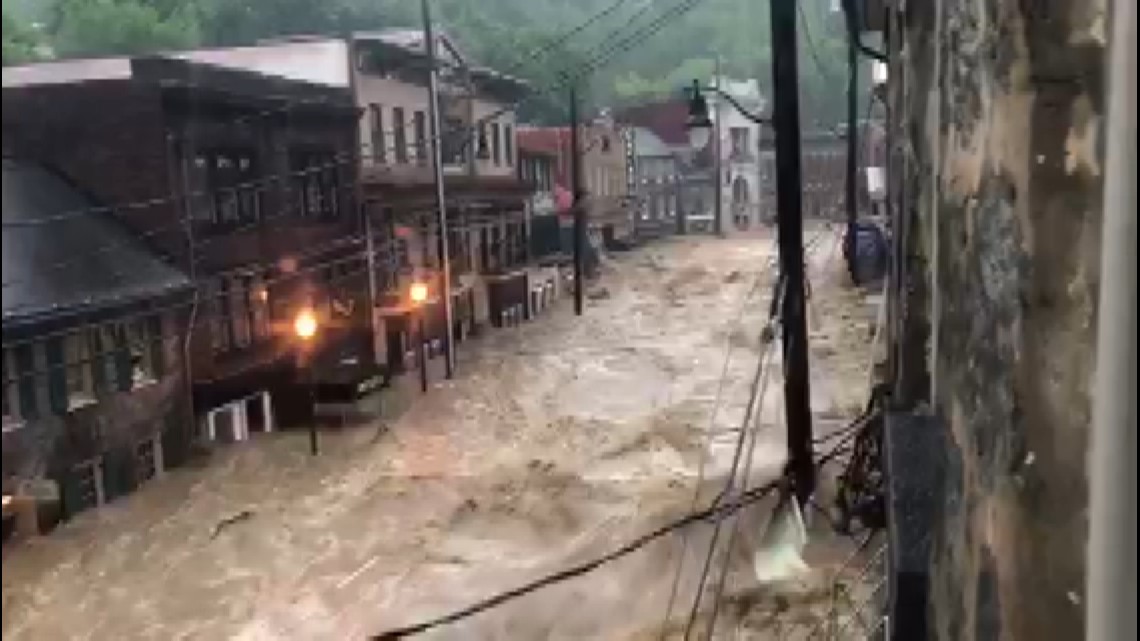 Read the options for addressing the possible ways to address the flooding problem in Ellicott City.

Posted by duanestclair at 10:19 PM No comments: 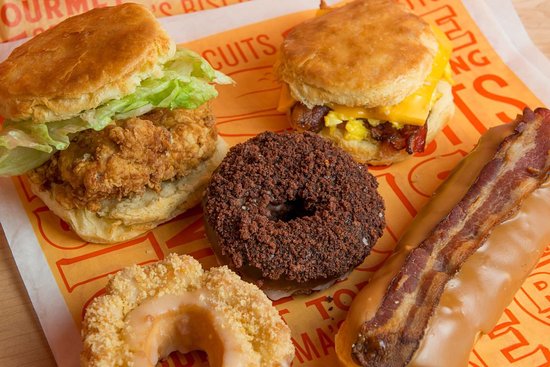 If you wondered what would come into the space that Yogi Castle had on McGaw Road we now know what is coming into that space.  Rise Southern Biscuits and Donuts will be opening this Saturday, April 27th.  For those who can't wait till Saturday, there will be a "soft opening" on Friday from 11 am to 2 pm.  Not sure of the details on the soft opening.

P.S.
Here you can learn more about the concept behind Rise.


https://patch.com/maryland/columbia/rise-southern-biscuits-sets-opening-date-columbia?utm_term=article-slot-1&utm_source=newsletter-daily&utm_medium=email&utm_campaign=newsletter
Posted by duanestclair at 4:47 AM No comments:

April 28 Set you DVR's for Rouse interview on Columbia


Rouse’s careful planning cultivated social diversity, economic prosperity and some of the best schools in the nation. Using rare archival footage, viewers will be able to hear Rouse tell the story, interspersed with interviews with the likes of Robert Tennenbaum, who was one of Rouse’s top executives at The Rouse Company; Joshua Olsen, author of “Better Places, Better Lives: A Biography of James Rouse”; and long-time area journalist Len Lazarick, publisher of MarylandReporter.com and contributor to The Business Monthly.
“Rouse was famously modest and resisted most formal photo sessions, as well as televised interviews,” said MPT Senior Executive Producer Ken Day. “However, one prescient television producer/cameraman, Scott Kramer, begged Rouse for years to sit down and talk about Columbia. He finally succeeded, and in December of 1987, Rouse consented to a 90-minute interview about how Columbia came about. That interview drives much of this documentary.”
MPT is celebrating its 50th anniversary this year and has several events and observances planned throughout 2019 and into next year. A two-hour documentary, Made Possible By Viewers Like You: 50 Years of Maryland Public Television, will premiere on June 3, at 8 p.m.; in October, an official exhibit will open at Hornbake Library, at the University of Maryland, College Park, and will run for a year.
Posted by duanestclair at 4:52 AM No comments:

When a guilty person suffers from amnesia

Having skimmed through the Mueller Report the part that I found most interesting was the part that showed Trump's written responses to the questions given to him by the Mueller attorneys.   Maybe I should say "the written responses by Trump's attorneys."  The only way Trump wouldn't perjure himself was to have his lawyers write his responses.   Like having someone else take your test.   What is not surprising is that over 30 times the answer was related to him not remembering.  Some times that was the entire answer.  This is surprising when you remember how Trump boasted about his memory.  Or when he mocked a person for her memory.

P.S.
You can take your Easter or Passover weekend to read the entire report.

P.S.1
If Trump isn't working in some embarrassing, possibly illegal, way with the Russians why are there no notes or other American officials invited into his meetings with Putin?  Sounds like there is something "fishy" going on.

P.S.2
Two more thoughts.  Is it not collusion if you collide in public?  Is it not obstruction is you are too stupid on how to get others to do your obstruction?

P.S. 3
Aren't we proud of our leader's use of words in his tweets?
Posted by duanestclair at 5:42 AM No comments:

A new way to look at our Conservative/Liberal split

I recently had a chance to talk with one of those rare (at least in our area)Trump supporters.  Like many Progressive voters, I am confused about how anybody can look at Trump as an example of who they think represents their values.  Something he said reminded me of something I have observed about Conservatives before.  It shouldn't surprise us that Conservatives respond to phrases like "Make America Great Again" or "Take my Country back."  You can guess a person's political persuasion by how they respond to change.  Briefly here is how I see it.
Conservatives feel threatened by change and resist it
Moderates accept change but don't promote it
Liberals embrace change and promote it
Because of the way people respond to change Conservatives are always fighting a losing battle to keep things the way they are.  This may explain why they are often frustrated and angry.  No one likes to lose all the time in the long run.  They can occasionally win some battles (Trump2016, Brexit) but eventually, the changing times will not work out in their favor.  Science wins over ignorance, tolerance wins prejudice, peace wins over conflict.  It just takes time for this to happen (Buttigieg 2020)

Have to wonder about this guy's obsession. 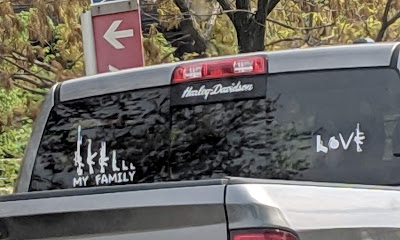 Posted by duanestclair at 6:41 AM No comments: 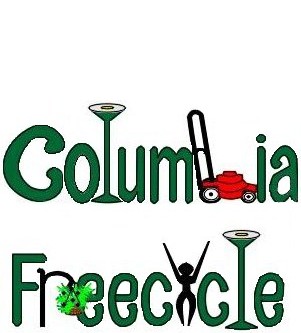 In 2004 I learned of a program called Freecycle that provided neighborhoods with a way to reuse items that you would only throw away.  I thought the idea was a good way to stop taking items to the landfill and provide others with items I no longer used.  Setting up the Columbia Freecycle 15 years ago I wasn't sure how the idea would catch on but was pleasantly surprised that by word of mouth the site had over 100 users the first month and over 1000 items were freecycled.  At its height the site grew to over 6000 members and now stands at just under 5000.  It is hard to estimate the number of items freecycled but I wouldn't be surprised that it is over a million items.  Not bad for a simple beginning.

Posted by duanestclair at 9:07 PM No comments:

The Halal Guys opens in Columbia

If you have been to New York City then you have seen the street corner vendors called the Halal Guys.  Their Mideastern food is everywhere.

Here is the story of their opening from the Columbia Patch. 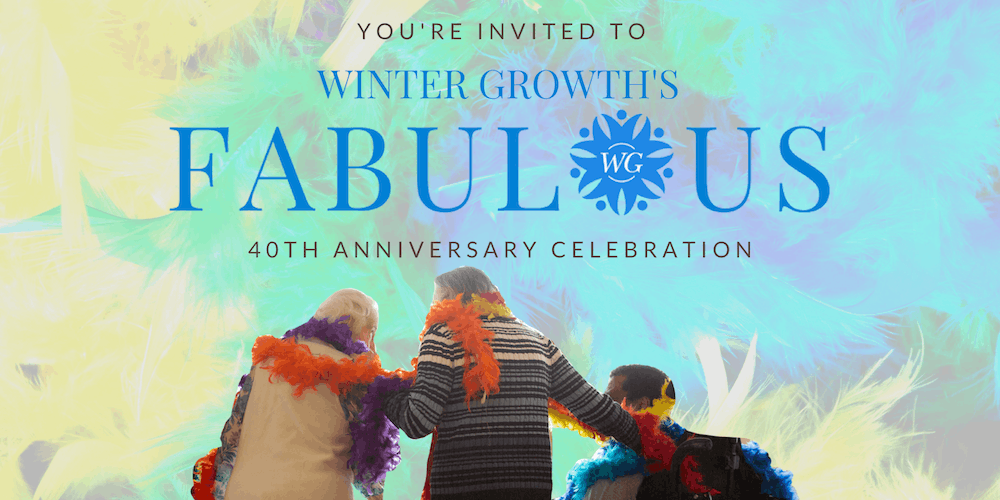 Thirty some years ago Howard County senior citizens in need of adult day care were being transported every day to Sandy Spring to the only day care program in our area.   It was being run in a church by one very committed advocate for caring for seniors---Marge Burba.  A few of us working with senior citizens in Howard County keep lobbying Marge to open an adult day care program in Howard County.  She made it clear that we would have to come up with the resources in our community that would make it feasible to open a program here.  After a commitment of local funds, both public and private, Marge agreed to look at opening a program.    Marge was firm in insisting that our program have a respite housing component that was lacking in her Sandy Spring site.  The first problem was to find a location.  After a failed plan for building the site in Jessup because of community opposition, the effort shifted to Columbia.  Finally, an arrangement was made with the County to donate the unused land next to the Bain Center.  State grants and local fundraising provided the money for the construction of the building.  Everything seemed set when construction delays put the operational State money at risk of being lost unless Marge was able to quickly open her program.  Marge called me one day with an urgent appeal to help locate a site to temporarily open a program.  After some prodding, an agreement was reached to temporarily operate the program in the Bain Center by shifting some of the programs at the Center.  The permanent Center opened a year later.  After a few years, the Ruth Keeton House was opened with additional permanent supportive housing.
In celebration of the 40 years of Winter Growth there will be a celebration both in Montgomery County and Howard County.   The Howard County celebration will be on April 25th at Kahler Hall. Tickets can be purchased at this link.

P.S.
Here is a link to a story about Winter Growth and the celebration.

Posted by duanestclair at 9:54 AM No comments:

I  once knew a gentleman whose wife had Alzheimer's.  He said that one of the first signs that something was wrong with her was her substituting inappropriate words into sentences as she talked.  Here is one of the 10 signs of early Alzheimer's:

Repeatedly having difficulty finding the right word to say, and increasingly, not remembering it later either.
Substituting the wrong word can also occur — either knowingly or without the person's realizing.
"They're not so much making it up, it's just that when they're trying to retrieve the word, the wrong word comes out," Dr Farrow says.
"They might have wanted to say 'get the potatoes' but they say 'get the apples'."
I was reminded of that listening to Trump yesterday using the word "oranges" for the word "origins."  It is worth noting that Trump's Father died of Alzheimer's.  We had to live through the last few years of the Reagan Presidency with him suffering from the signs of Alzheimer's and now we seem to possibly be going through that again.
Posted by duanestclair at 7:20 AM No comments:

Columbia's Promise
Wednesday, April 24
Be among the first to view “Columbia’s Promise,” a documentary created by Maryland Public Television in collaboration with Columbia Archives and community leaders.

The free screening is Wednesday, April 24 at 7:30pm at the Smith Theatre, located in the Horowitz Center at Howard Community College. Seating is limited. RSVP atcolumbiaspromise.eventbrite.com.

The film features excerpts from “Rise of the New Towns,” a 1966 documentary that focused on emerging new towns, including Columbia. These excerpts reflect the debates on the future of Columbia with Jim Rouse’s planning team. Executive producer Ken Day of Maryland Public Television revisits 50 years of history, valuable reflections and Columbia’s promise.

#hocoblogs
Posted by duanestclair at 8:02 AM No comments: 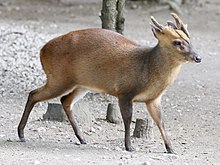 We have all heard of some unusual animals being kept as house pets.  The most common one is the house pet pig.   As if we didn't have enough deer in our area we will soon have the first breeding farm of a rare breed of deer called Reeves Muntjac.  According to a recent news article local farmer Lirpa Sloof, a native of Belarus, these rare animals have become the latest new fad for a household pet throughout Eastern Europe.  Hollywood celebrity Alyssa Milano started this craze in the United States after visiting Elton John in England and discovering how charming these animals can be as a house pet.  According to Mr. Sloof one advantage for having one of these animals as a pet is they are tame enough for small children to ride.  No need to give your child a horse with one of these as a pet.  Mr. Sloof plans on selling these pets for around $750 but you can "adopt" one at his farm in Lisbon for around $30 a month and visit it at his farm for your small children to ride.  Being the first breeding farm in the United States he expects to eventually sell over 1000 of these pets a year.
Now you have something new to make your neighbors jealous.

#hocoblogs
Posted by duanestclair at 5:04 AM No comments: