How Democrats are made

If you listen to Republicans today you would think that the greatest danger faced by our country is to stop encouraging reading because it seems to be turning people into Democrats.  I am proof of having this infliction.   Probably the only cure is to watch more Fox News.

Posted by duanestclair at 12:02 PM No comments: 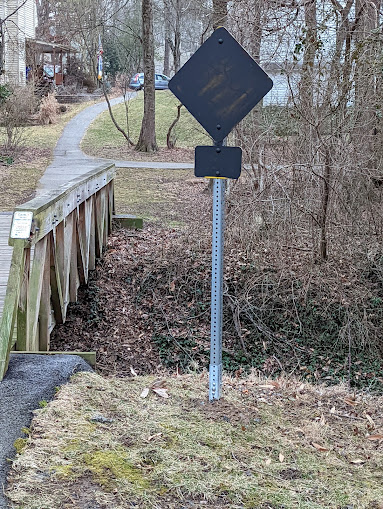 I know this crime issue isn't as monumental as the homicides in Baltimore but it is maddening that we
have vandals who feel the need to do this to all the signs that CA has put up to warn people that bridges
get slippery when wet.   What troubled mind gets anything out of doing this?
#hocomd
Posted by duanestclair at 6:58 PM No comments: 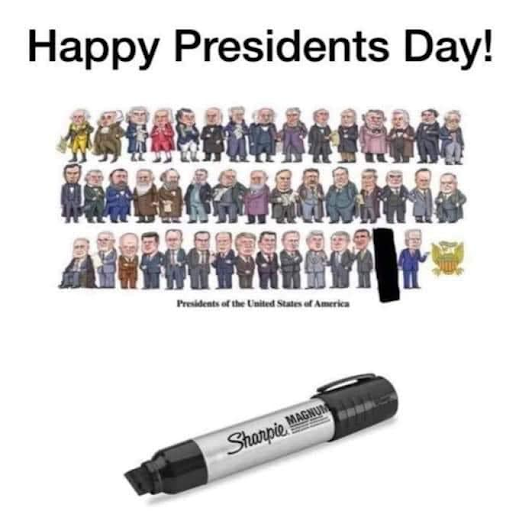 Posted by duanestclair at 8:58 PM No comments:

DOWNTOWN COLUMBIA, MD (February 8, 2022) – The Howard Hughes Corporation® (NYSE: HHC) today announced that it plans to invest approximately $325 million in the Lakefront District in Downtown Columbia®, launching the next phase of the city’s rejuvenation. New development will include a state-of-the-art medical office building, housing options, retail offerings and enhanced connectivity to the natural environment, all planned to epitomize the “city in a garden” aesthetic envisioned by Columbia’s founder James Rouse. Known as the grandfather of the master planned community, Rouse is responsible for some of the most successful communities and retail districts in the nation.

The first project of the new investment is the $45.8 million, four-story, 86,000-square-foot South Lake medical office building. It will rise along the south shore of Lake Kittamaqundi adjacent to Whole Foods Market in a walkable waterfront setting. HHC has worked closely with Studio Red Architects to make wellness a hallmark of the new building. With a focus on environmental impact and the health of occupants, the building features a boardwalk-style public terrace that offers sweeping views of the lake, and space for exercise classes and other health and fitness activities. The building is expected to achieve LEED Platinum status, the highest level of LEED certification, as well as Fitwel certification.

Orthopaedic Associates of Central Maryland (OACM), a division of The Centers for Advanced Orthopaedics—the largest integrated group of doctors and specialists in the region—will occupy approximately 20 percent of the new building when it relocates its Columbia Office to the South Lakefront District upon completion in early 2024. OACM will join other health-related businesses in the Lakefront District such as The Pearl, a modern spa & boutique, and leading medical technology company NuVasive. Other health and wellness-related organizations in Downtown Columbia include MedStar Health’s headquarters, Healthcare Management Solutions, Welldoc, Sharecare, Consortium Health Plans, Vaya Pharma, Medisolv, Resolution Health, and others, as well as nearby Johns Hopkins’ Howard County General Hospital.

“Howard Hughes’ vision for a progressive health and wellness district integrated into the core of a thriving city made it an easy choice to relocate to Downtown Columbia’s new Lakefront District and be part of a new medical office building like no other in the area,” said Steve Maddock, Chief Executive Officer of the Orthopaedic Associates of Central Maryland. “It is forward-thinking to place a medical building in such a naturally beautiful setting, surrounded by water and open, walkable green space that fosters a sense of serenity and wellness.”

Adding to the diversity and vitality of the southern end of the Lakefront District is the anticipated debut of The Collective, a dining and entertainment concept coming soon in 2022, pairing Offshore restaurant and Encore music venue. Also opening soon in 2022 is a unique non-profit venture called The 3rd, an incubator supporting women-of-color entrepreneurs.

Future development envisioned for the north end includes three new residential buildings offering a total of 675 units plus supporting street retail, better pedestrian and cycling connections, and enhanced green spaces to transform the current surface parking lot at the north end of the Lakefront District. The high-rise apartments will be constructed atop an underground parking structure and will be surrounded by outdoor amenity areas, including a promenade connecting to the areas bordering Lake Kittamaqundi as well as a public square. Neighborhood retail will be located on the ground level of the residences. As part of the project, Wincopin Circle will be extended and reconfigured as a pedestrian-oriented street connecting activities throughout the Lakefront District. Phase 1 of the Lakefront North development is anticipated to be an investment in excess of $280 million over the course of the next several years.

The density and design of the Lakefront District is intended to encourage organic social interactions and inclusive opportunities for functional exercise as people go about their daily living—whether at home, work, shops, and restaurants, or in outdoor green spaces and parks. When completed, the Lakefront District will include up to two million square feet of overall new development.

This area is being redeveloped by HHC in accordance with the Downtown Columbia Plan which specifically calls for “bringing community life and activity back to the water’s edge” and creating a walkable community.

“The Lakefront District will be a compelling example of what a healthy neighborhood can be, with its beautiful natural setting, promotion of healthy lifestyles through daily engagement, and access to many services and amenities befitting a revitalized urban core,” said Greg Fitchitt, President of the Columbia region for The Howard Hughes Corporation. “Columbians have an emotional connection to the Lakefront, the historic town center for all of Columbia, and this upcoming phase of investment is the next step in restoring and enhancing the Lakefront’s iconic character and historic position in Howard County.”

This investment into Downtown Columbia’s Lakefront District follows HHC’s recently announced plans to invest $10 million into the renovation of Central District’s Corporate Row office portfolio, with exterior and interior enhancements designed to create a modern and cohesive workforce experience for leading employers in the region. Comprising nearly one million square feet of office space across seven buildings on Little Patuxent Parkway, Corporate Row will include Evergreen Advisors, who recently announced the relocation of its headquarters to 30 Corporate Center. Evergreen’s move to Downtown Columbia signals the area’s emergence as a creative hub for companies in the technology and innovation space— including many of Evergreen’s clients, attracted to the vitality of the area and its rapidly growing momentum as the “Third City” in the thriving Baltimore-Washington, DC corridor.

Development of The Howard Hughes Corporation®, Downtown Columbia is located at the center of Columbia, MD, one of the first master planned communities in the U.S., founded by legendary developer James W. Rouse in 1967. Conveniently located between Washington, DC and Baltimore, Columbia comprises 14,000 acres including ten completed residential villages and a deep pipeline of commercial development opportunities within its Downtown. At full buildout, the redeveloped 391 acres of Downtown Columbia will include three new and reconfigured neighborhoods—Merriweather District®, Lakefront District and Central District—featuring more than 14 million square feet of residential, office, hotel, retail, cultural and public spaces including public parks, trails and more. For more information about The Howard Hughes Corporation’s redevelopment of Downtown Columbia and the creative hub under development in the Merriweather District, please visit www.merriweatherdistrict.com.

About The Howard Hughes Corporation®

The Howard Hughes Corporation owns, manages and develops commercial, residential and mixed-use real estate throughout the U.S. Its award-winning assets include the country's preeminent portfolio of master planned communities, as well as operating properties and development opportunities including: the Seaport in New York City; Downtown Columbia®, Maryland; The Woodlands®, The Woodlands Hills®, and Bridgeland® in the Greater Houston, Texas area; Summerlin®, Las Vegas; Ward Village® in Honolulu; and Douglas Ranch in Phoenix. The Howard Hughes Corporation's portfolio is strategically positioned to meet and accelerate development based on market demand, resulting in one of the strongest real estate platforms in the country. Dedicated to innovative placemaking, the company is recognized for its ongoing commitment to design excellence and to the cultural life of its communities. The Howard Hughes Corporation is traded on the New York Stock Exchange as HHC. For additional information visit www.howardhughes.com.

Statements made in this press release that are not historical facts, including statements accompanied by words such as “will,” “believe,” “expect,” “enables,” “realize,” “plan,” “intend,” “assume,” “transform” and other words of similar expression, are forward-looking statements within the meaning of the Private Securities Litigation Reform Act of 1995. These statements are based on management’s expectations, estimates, assumptions, and projections as of the date of this release and are not guarantees of future performance. Actual results may differ materially from those expressed or implied in these statements. Factors that could cause actual results to differ materially are set forth as risk factors in The Howard Hughes Corporation’s filings with the Securities and Exchange Commission, including its Quarterly and Annual Reports. The Howard Hughes Corporation cautions you not to place undue reliance on the forward-looking statements contained in this release. The Howard Hughes Corporation does not undertake any obligation to publicly update or revise any forward-looking statements to reflect future events, information or circumstances that arise after the date of this release. 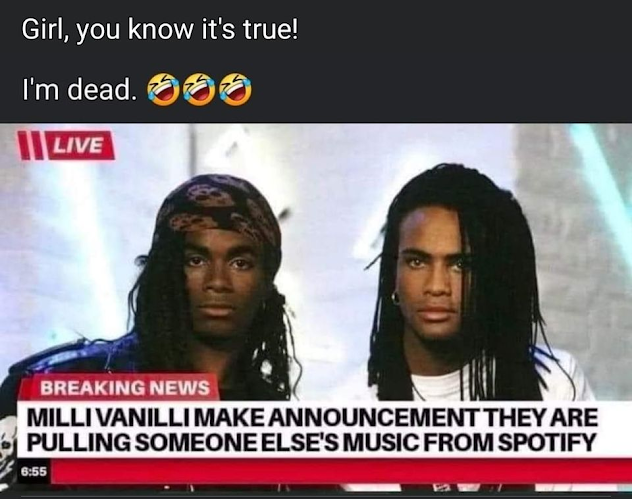 P.S.
For those that don't get it.  Still don't get it?
Posted by duanestclair at 8:13 AM No comments: