The following is a joint statement from Lakey Boyd and CA's Board of Directors. There will be no further comments at this time.

The Columbia Association Board of Directors announced today that it has accepted the resignation of Lakey Boyd as President and CEO effective immediately. The Board thanks Lakey for her service and contributions and wishes her well in the future."

Looks like it is impossible to hire from outside of Columbia and last very long.   Maggie Brown seems like the last President that the Board worked well with.

Another way of looking at what is driving our climate change 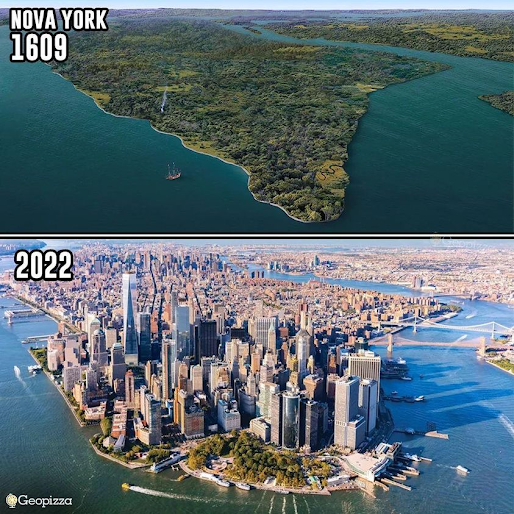 Posted by duanestclair at 7:39 AM No comments: 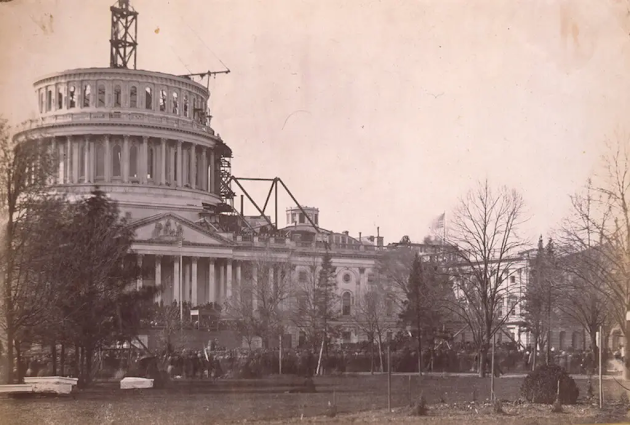 In the reading of the Lincoln biography by Jon Meacham called "And then there was Light," I hadn't realized that what we saw on January 6th had happened once before in 1861 with the certification of Lincoln's election.  Here is a NY Times article that explains the story.

"In the confusion that followed Wednesday’s desecration of the Capitol, it was widely reported that the last time the building was stormed was in 1814. That overlooked a desperate day in 1861, nearly as lethal to democracy. On Feb. 13, a mob gathered outside the Capitol and tried to force its way in to disrupt the counting of the electoral certificates that would confirm Abraham Lincoln’s election three months earlier.

The key difference between then and now is that the building was guarded by men who were prepared for the onslaught. Nerves were on edge as the day began, with all eyes on Washington, and families trying to get into the galleries to watch the proceedings. In the days before the count, rumors had been spreading across the capital that armed militias might sweep in from Virginia and take over the Capitol or the entire District of Columbia.

Virginia’s former governor Henry Wise was openly calling for an invasion, and many diary accounts and newspaper articles of the time expressed fear that some kind of takeover was imminent. In The New York Times, a reporter mentioned: “plots to take the city, blow up the public buildings, and prevent the inauguration of Lincoln.” Another article described “the blowing up of the Capitol” as a distinct possibility. The central edifice of the government — home to Congress, the Supreme Court, the Library of Congress and all federal records — was a tinder box waiting for a match.

But the militias had not reckoned with the determination of Gen. Winfield Scott, an aging war hero charged with the defense of the capital. Scott was a proud Southerner, born near Petersburg, Va., seven years before the cornerstone of the Capitol was laid in 1793, well before there was a city surrounding it. But above all, he was a patriot, in the original sense of a word that has been abused in recent days.

Scott had served his country since the presidency of Thomas Jefferson, who personally interviewed him for his first commission, and even if infirm (he could no longer ride a horse), he knew treason when he saw it. With military dispatch, he stationed soldiers around the Capitol and left no doubt about what he would do to any violent miscreant who tried to come into the building to spoil the electoral count.

Colorfully, Scott warned that any such intruder would “be lashed to the muzzle of a twelve-pounder and fired out the window of the Capitol.” He added, “I would manure the hills of Arlington with the fragments of his body.”

On the morning of Feb. 13, large numbers of people streamed into Washington, determined to prevent the ceremony that would confirm Lincoln’s election. Already, they seemed dangerous, “a caldron of inflammable material,” ready for “revolution,” as one observer noted. But when they reached the Capitol, they were prevented from entering unless they had a special pass.

Blocked by the soldiers, the anti-Lincoln crowd grew angry and taunted Scott with insults: “Free state pimp!” “Old dotard!” “Traitor to the state of his birth!” But to be accused of “treason” by thugs who were contemptuous of the electoral process was a price Scott was quite willing to pay. Through his careful preparation, he may have saved the Republic, even before Lincoln arrived to save it in his own way.

Though the worst of the crowd was kept outside, tempers nonetheless flared inside the House chamber. Pro-Southern members of Congress were in a foul mood and tried to vent their unhappiness in any way they could. When a secessionist senator from Texas, Louis Wigfall, asked Scott if he would dare to arrest a senator for treason, Scott exploded: “No! I will blow him to hell!”

Still, the murmurs continued. A Virginia congressman, Muscoe Garnett, kept accusing Lincoln of “tyranny,” even though Lincoln had not even arrived yet. While the chaplain was praying, Garnett stormed out, loudly denouncing the proceedings and stamping his feet.

Hauntingly, a reporter in The Times said that the tantrum resembled the histrionics of a famous Shakespearean actor, Junius Booth, celebrated for portraying the title character in “Richard III” (a favorite play of both his son, John Wilkes Booth, and of the incoming president). The younger Booth would play the role 115 times over his career. Lincoln’s love of the play was so profound that he left visitors dazzled by his impromptu performances from memory.

There were reasons Americans felt a special tie to “Richard III,” with its cautionary tale of a cunning schemer, willing to be “subtle, false and treacherous” in his desperate pursuit of power and popularity: Democracy was already turning up demagogues with depressing regularity; Lincoln’s earliest speeches had denounced this defect.

For all of their virtues, the American people were not immune to the charm of would-be autocrats, ready to promise anything. There was no shortage of such types among the leading secessionists, which is why governing the Confederacy proved to be far more difficult than launching it. Lincoln’s rhetorical modesty — he hardly ever referred to himself — was a breath of fresh air after the most overheated decade in memory.

In 1861 as in 2021, the actual documents were important. On Wednesday, quick-thinking staffers grabbed the boxes holding the electoral certificates during the tumult. In 1861, the boxes were preserved as well, despite the fact that they were entrusted to the person most likely to benefit from their destruction.

Each of the state electoral certificates had been duly sent to the president of the Senate — the vice president of the United States, Kentucky’s John C. Breckinridge. Breckinridge was also the defeated candidate in the presidential election, and the one who had carried the hopes of the Deep South. If he had chosen to misplace the certificates, the election might have been thrown into Congress, where Lincoln, as a stranger to Washington, was at a disadvantage.

The crucial moment came when the certificates were delivered from the Senate to the House, where the ceremony was held. Several commentators mentioned how fragile democracy seemed at this moment, with two ordinary boxes holding the hopes of the nation. Many in the room were waiting for a spark — a witness felt “hot treason … seething beneath the quiet exterior.”

To his credit, Breckinridge behaved honorably and delivered the certificates, presiding over his own defeat. He would go on to serve the Confederacy, but on this day he remembered his older duty to the United States, much as Vice President Mike Pence did this week.

It had been a close call. For hours afterward, “a howling, angry mob” prowled the streets of Washington, issuing streams of profanity. In New York, a lawyer, George Templeton Strong, confided to his diary: “This was the critical day for the peace of the capital. A foray of Virginia gents … could have done infinite mischief by destroying the legal evidence of Lincoln’s election.” Because of another Virginian, they were prevented from doing so.

Three weeks later, Lincoln was able to enter the same building and deliver the words from the East Portico that we never tire of quoting, about “the mystic chords of memory” that unite all Americans, especially when we are touched by “the better angels of our nature.” Without a firm stand on Feb. 13, it is unlikely he would have arrived."

Posted by duanestclair at 10:28 AM No comments: 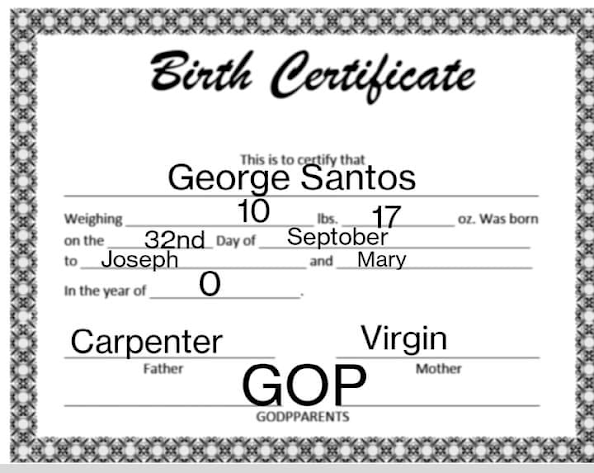 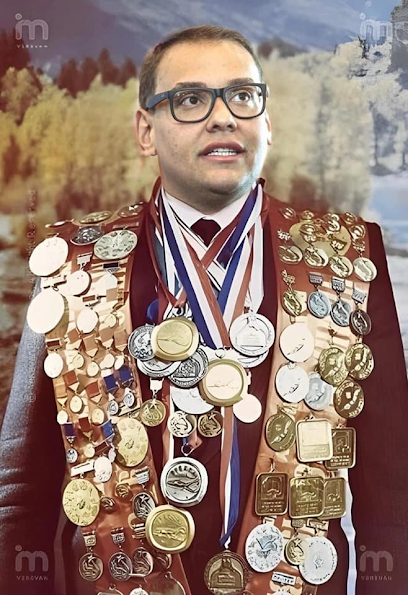 Posted by duanestclair at 9:49 PM No comments:

Quiz for the day. What are the only 3 things the Republicans want to have funded in our government? 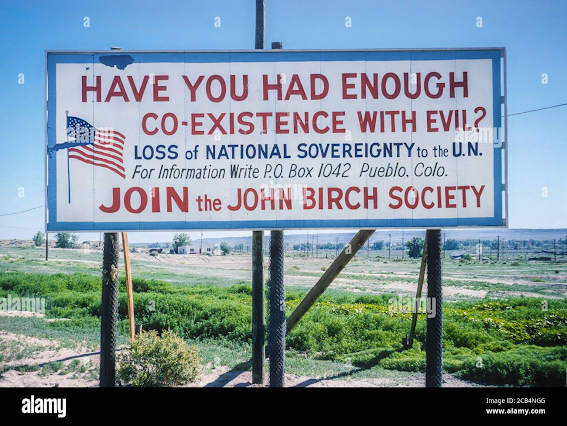 What I learned back in the 1960s about what conservatives believe are legitimate government functions still holds true today.  Back decades ago I meet with a group of John Birch supporters and asked them if the government that they opposed had any legitimate functions and they only mentioned three--defense, printing money, and border security.  They felt that anything else was socialism.   Come 50 years later and the Republican Party has been taken over by people who hold the same beliefs as the John Birchers of the past.  Back then the Birchers were denounced even by conservatives like Barry Goldwater but today they effectively control the House of Representatives.  The next two years will see a battle in Congress on how much these conservatives will be successful in defunding every social program that the Birchers 50 years ago wanted to defund.  Even if the Democrats hold the White House and the Senate the conservatives in the House can stall any Congressional action in a number of ways and for them, inaction in the government is a win as long as they protect the three government areas they support.

Quote of the day from newly elected Representative George Santos: "In my 30 years in the House I have never seen such dysfunction!"

Posted by duanestclair at 8:26 AM No comments: