I have recently finished a book by Charles Murray called "Real Education."  I generally consider myself a very liberal in my thoughts on most social issues but I do like to challenge my views by reading material with a different perspective. This book is a controversial book in that it postulates that intelligence is relatively fixed for most people and many efforts to significantly change the educational outcomes of students across the intelligence spectrum have largely failed.  "No Child Left Behind," the latest effort to attempt educational reform, has not shown the results that the proponents of the law had hoped.  The failure of this program has led to more than half the states to get waivers from the federal government.
Dr. Murray doesn't say that educational efforts don't have significant benefits for society in the broadest sense but have limited benefit for any particular student.  He states that increases of even 3 points (from 100 to 103) in the mean national IQ could result in significant social good.  He implies that this 3 point increase would result in a 25% reduction in the poverty rate, a 18% reduction in welfare recipients and a 15% reduction in unmarried births.  Dr. Murray points to the largest and most important education study of the 20th Century called the Coleman Report that studied educational outcomes of 645,000 students.  It was a response to the 1964 Civil Rights Act to assess the effects of inequality of educational opportunity on student achievement.  The results of the study were somewhat surprising in that "using data from over 600,000 students and teachers across the country, the researchers found that academic achievement was less related to the quality of a student's school, and more related to the social composition of the school, the student's sense of control of his environment and future, the verbal skills of teachers, and the student's family background."
I have spent a few days looking at the Maryland School Achievement scores for Howard County Schools and I noticed some results which I couldn't explain.  Of course the Howard County schools in the aggregate do well in comparison to the overall Maryland scores.  That would only be expected.  It doesn't mean that we still don't have some significant variations in scores from school to school in our County.  Fortunately with the same quality of instruction at our schools housing, income and educational backgrounds of families in each school district explain the variations.  Scores are broken down into 3 categories---Basic, Proficient and Advanced.  In looking at the scores the results that I couldn't fully understand fell into these categories (I have rounded the percentages):

First question: Why is the change in reading scores from 3rd to 5th grade significantly go almost in one direction (from proficient to advanced)  but the math scores go in the opposite direction?

I ask these questions as a non-educator and not because they are a reflection of the quality of instruction students receive in our schools.  Maybe it makes sense that the elementary level is where there will be the biggest improvement in reading test scores and middle school is where students start to separate themselves into two very different math levels.  I would hope that some educators out there with some experience teaching these levels might be able to share some insight into these results. 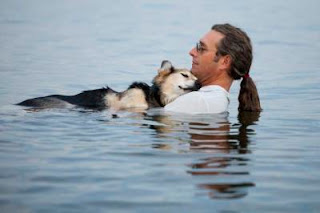 Wanted to read the story behind the photo?
Posted by duanestclair at 4:25 AM

I am not an educator, but a parent, so my opinion may not mean a thing to you. 3rd grade is when they start teaching to the test...it is actually called BCR (brief constructed response) University. The only thing that matters starting in 3rd grade are MSA test scores. Science, social studies, and true Math skills are ignored because it is so important that the test scores look good. In 3rd - 5th grade students are not actually reading more proficiently....just getting better at taking the test. Math scores drop so significantly in Middle School due to the lack of basic Math skills taught in Elementary school. Start taking advanced Math without knowing the basics and you have the perfect storm for failure...students who then need remedial math to succeed further. Howard County is just really good at teaching to the test and has a large ethnic diversity and families with lots of money to spend for education outside of school hours.
This is just my opinion as a keen parent and is more involved than can be spoken of in a comment section of a blog post.

Interesting comment. Teaching to the test has always been a controversial topic among educators. It is not surprising that it occurs because the evaluations of educators is probably tied to these test scores. You get what you reward.