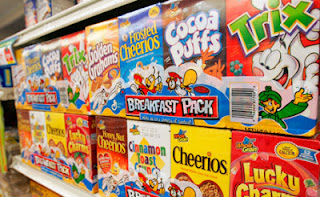 As you can see above and any parent can readily tell you most of the cereals aimed at children are loaded with sugar.  This trend has moved into some of the old "adult" cereals like Cheerios, shredded wheat and Special K which have added sugary brands such euphemistic names as Honey Nut Cheerios and Frosted Mini Wheats.  It should then be no surprise that obesity is now the biggest problem being addressed in public health.

It is not unusual for public health efforts to be labeled part of the "nanny state" or "big brother."  Look at the ridicule of the effort of New York Mayor Bloomberg to limit the size of sugery soda sold in fast food establishments in New York City.  Sugary drinks are now pointed to as the largest contributor to the obesity problem in children.

This effort to limit sugary drinks is now being played out in schools.  Selling snacks and drinks high in sugar have been a source of revenue for schools and booster clubs for a long time.  Recently a report on a study on the impacts of these items in schools point to its role in children obesity.  According to Time Magazine:

Laws strictly curbing school sales of junk food and sweetened drinks may play a role in slowing childhood obesity, according to a study that seems to offer the first evidence such efforts could pay off. The results come from the first large national look at the effectiveness of the state laws over time. They are not a slam-dunk, and even obesity experts who praised the study acknowledge the measures are a political hot potato, smacking of a “nanny state” and opposed by industry and cash-strapped schools relying on food processors’ money. But if the laws have even a tiny effect, “what are the downsides of improving the food environment for children today?” asked Dr. David Ludwig, an obesity specialist at Harvard Medical School and Boston Children’s Hospital. “You can’t get much worse than it already is.”


In Howard County this played out in 2005 when the School System considered removing sugary drinks and snacks from schools.  Booster clubs appeared at a Board of Education meeting to oppose this as it would take away there primary source of income.

The Horizon Foundation has made reducing obesity in the County as its highest priority.  As their website explains:

"Obesity has reached a crisis level; this nation-wide epidemic that is at the root of many chronic diseases later in life, many that are leading causes of death.  In response, the Horizon Foundation has embarked on a Healthy Lifestyle initiative – a community-wide, comprehensive effort to support lasting, positive changes that include healthy choices around eating and drinking, as well as physical activity. With partners in the community, the Foundation aims to be bold in trying to reverse the trends that have had a negative impact on health.

The Foundation has adopted this approach to supporting healthy lifestyles in Howard County, and has focused efforts on the following activities:
Sustainability factors prominently in the plan – healthy lifestyle change is a process that takes place over a period of time. The Foundation is committed to this issue; it occupies an important place in the strategic plan of the organization. Foundation Trustees and staff believe that addressing this issue is vital as it is one of the critical precursors to community health and wellness."

P.S.
From the Columbia Association:

Columbia YouthFit program takes team approach to family fitness
Getting in shape isn’t just about diet and exercise; having motivation and support matter, too. That’s why Columbia Association’s (CA) new Columbia YouthFit program accentuates working together to create healthy families.
The program, which is launching with its inaugural session this fall, focuses on families with children between the ages of 10 and 13 who receive a medical referral. Columbia YouthFit helps families become healthy through motivation, physical activity and healthy eating. In addition, a team of medical, fitness, nutrition and behavioral health professionals work closely with all family members to create a family plan to improve their overall wellness.
The first eight-week session begins on Wednesday, Oct. 3, from 6:30 to 8:30 p.m. at the Columbia Gym, which is located at 6151 Day Long Lane in Clarksville. With 75 percent of obese adolescents growing up to become obese adults, Columbia YouthFit provides a solution.
"Being overweight as a child can lead to serious health problems, problems that can be life-long such as diabetes,” said Shawni Paraska, CA’s director of community health sustainability. “Columbia YouthFit helps your family overcome these problems. It provides nutrition education, lifestyle awareness and changes, and physical activity for all family members."
Columbia YouthFit’s program includes fun and informative get-togethers; healthy lifestyle-coaching — both one-on-one with the kids, as well as with the whole family; physical activities for the children; discounts to community events and health-related businesses that partner with Columbia YouthFit; and full access for the entire family to CA’s facilities, programs and services.
Questions for parents and guardians to consider include whether their child spends too much time on his or her cell phone or iPod or in front of the television; feels self-conscious about his or her body weight; eats meals consisting of fast food, high calorie or fattening foods; has unsupervised time before or after school; or has a family with a busy schedule that does not include time for exercise. Those that do should ask their child’s doctor if Columbia YouthFit would be beneficial to the child, and then have the doctor complete this physician referral form and fax it to Columbia Association at 443-283-4247.
The program costs $550 for CA members and $650 for non-members. Fee covers the entire family. Register by calling 410-715-3128.
For more information, go to columbiaassociationnewu.com/YouthFit/index.html.

P.S.1
Amazing pictures of Mars from the Curiosity mission before the landing 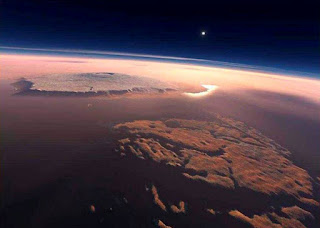 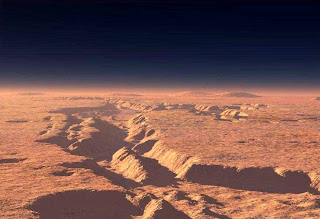 Posted by duanestclair at 4:14 AM