Is Barak Obama the face on our next generation? 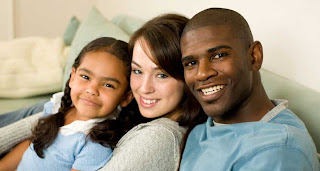 One of the most interesting demographic changes to come out of the 2010 census is how increasing diverse married couples have become.  The 2010 Census revealed that the ranks of interracial or interethnic couples swelled by 28 percent over the decade to the point where one in 10 married couples was racially mixed. So maybe having a President of a mixed race marriage won't be that unusual in the future.  For unmarried couples around the country, the mixed relationships were even more common: 18 percent of opposite-sex unmarried couples and 21 percent of same-sex couples had chosen partners of a different race or ethnic origin. It is only a matter of time before these same sex couples will have the marriage barrier broken down.  Incidentally, for the first time that husband-wife families fell below 50 percent of all households. It is no surprise that the TV show "Modern Family" is such a big hit.

For many of us who moved to Columbia in the early years because of a desire to raise a family in a diverse community this trend is encouraging.  Artificial barriers to dating and marrying persons of very different backgrounds seem so out of date.  And yet it has only been 45 years since interracial marriage was illegal in some states.  In my youth dating someone of a different faith was sometimes a cause for a visit from your clergyman warning about the danger of dating outside your faith. It is encouraging to see these barriers falling with each new generation.

Once again Columbia was simply 40 years ahead of the curve.  Glad to see the rest of the country start to resemble us.

P.S.
When I wrote my blog on the Oriole's opening day about it being too early to print World Series tickets of course I was joking.   But after yesterday's Orioles game I may want to be a believer in the first place Orioles.
Posted by duanestclair at 6:09 AM

Duane, I too remember when Columbia was on the leading edge of diversity and inclusion, but what have we done lately? It seems to me that many other communities have equalled, or surpassed Columbia's benchmark. Should we be content that we are the same as much of America, or should we find new ways to be once again on the leading edge?

I too enjoy Modern Family, but I find it troubling that they drive everywhere and all the time. It is not a good message to be sending.