Columbia Wetlands: Something to be valued and preserved 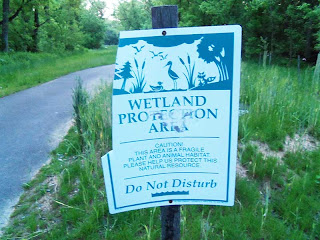 I have been watching the restoration of the wetlands that were impacted by the new sewer line to  the Savage/Laurel area.  The restoration has been complete for a few months and the area is starting to regain some of the natural growth that was disturbed by the work to the installation of the sewer line. 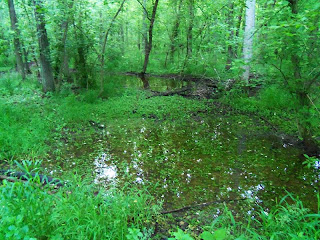 The picture above is a wetland taken last week after a heavy rain.  The wetland serves us in a few different ways.  First it lessens the flooding and erosion that could be caused by heavy rains.  Last year this area was completely flooded and I had to walk through about 6 inches of water on the path above.  Second it provides water for plants that need a great deal of water to grow as skunk weed pictured below. 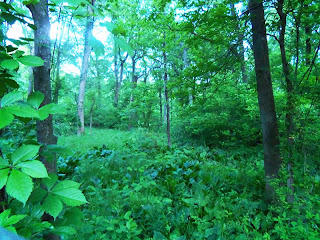 As was pointed out in yesterday's blog the US is losing wetland areas rapidly.  The US is losing 1000 acres of wetlands a day. The efforts of developers to build housing and a golf course near the Blackwater Wildlife Refuge on the Eastern Shore were highlighted a few years ago in many articles in the Baltimore Sun. We are fortunate in this area that the development of Columbia took into consideration the preservation of wetlands.  As I wrote in my May 2nd blog from one of the planners of Columbia,


" The staff had done a good deal of geographic work. The best stands of forest - and there are some magnificent individual trees as well as forests - had been plotted, and the areas providing views to the community had been exploited or preserved for common use and had been mapped (about 40% of Columbia is green space). The streams had been studied as to their usual and unusual flow patterns so that areas safe from flooding were known. The function of the streams in providing barriers within the area had been looked into and their possible function in supplying artificial lakes for recreation (Lake Kittaquandi, Wilde Lake and Elkhorn). Their steep banks in some areas precluded building economically on them and made them obvious candidates for relatively uncultivated, natural areas not to "be lightly interfered with."

Many of our wetlands are traversed by elevated bridges to less the environmental impact on the areas. 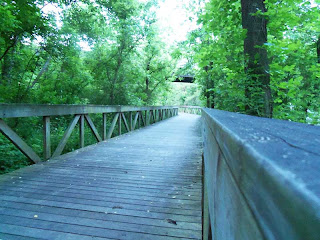 The wetlands provide an environment that is rich in animal habitats.  This area is heavily populated by fox and deer like the picture below. 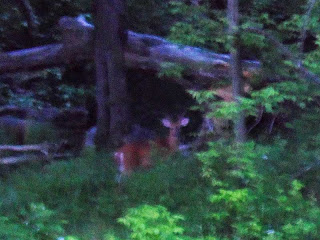 And of course the birds and ducks 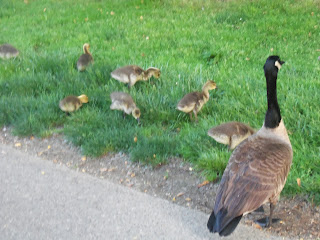 So how does the loss of wetlands affect humans directly? According to a recent article I read,

"wetlands offer one of the best natural protections against flooding since they act as giant pads that soak up the excess rain and surface water. Because of the natural topography of wetlands, this absorbed water is evenly distributed over a large expanse and is almost immediately sucked into the ground where it feeds wetland plants that are specially suited to being either completely or partially submerged. In addition to this, the height of the ground is leveled and erosion is either halted or slowed. This action is even more important to have near large cities because they absorb the high degree of runoff. It is equally useful in agricultural areas where drainage is nearly always a problem which is sometimes even further compounded by the dredging operations that were meant to assist with the problem. Wetlands are also vital near large bodies of water as they help minimize the amount of erosion and take in the energy of waves as well as change the currents near rivers or fast-moving streams. Aside from these more geographical benefits to wetlands, they also influence the quality of drinking water supplies since they absorb many contaminants that find their way into groundwater."

Additionally the loss of wetlands can impact the strength of storms hitting our coastal regions.  This was pointed out in Environmental Health Perspectives,

"Hurricane Katrina’s disastrous flooding of the Gulf Coast confirmed three decades of warnings by scientists. Most of New Orleans is below sea level, and South Louisiana’s coastal wetlands, which once helped buffer the city from giant storms, have been disappearing at a spectacularly swift pace. Now some researchers are calling for restoration of wetlands and barrier islands to help protect New Orleans the next time a hurricane strikes. An average of 34 square miles of South Louisiana land, mostly marsh, has disappeared each year for the past five decades, according to the U.S. Geological Survey (USGS). As much as 80% of the nation’s coastal wetland loss in this time occurred in Louisiana. From 1932 to 2000, the state lost 1,900 square miles of land to the Gulf of Mexico.
By 2050, if nothing is done to stop this process, the state could lose another 700 square miles, and one-third of 1930s coastal Louisiana will have vanished. Importantly, New Orleans and surrounding areas will become ever more vulnerable to future storms. “New Orleans can’t be restored unless we also address coastal and wetland restoration too,” says Craig E. Colten, a geographer at Louisiana State University (LSU)."


P.S.
At 6 p.m. tonight on Maryland Public Television 2 is the show that I had worked on with others about foster care stories.  Verizon channel 480 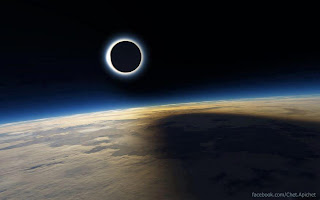 The west coast got to see this solar eclipse which is shown in the photo above taken from the International Space Station.

Posted by duanestclair at 4:26 AM