Can Columbia ever become an "urban" center?

On Tuesday evening I attended a session at the East Columbia Library on the film "Urbanized."  At first the issues addressed in the film may seem unrelated to a suburban community like Columbia.  As a community that has an enclosed 1970's Mall at its center surrounded by acres of parking and a very modest public transportation system we have a long ways to go to have the characteristics of an urban community.  While the film sticks to the traditional definition of an urban community-- high density population-- the film did get me to think about how Columbia might be able to become more "urbanized."  What qualities of an urban area besides high density population could Columbia develop?
Certainly one of the most desirable qualities of an urban area is a center city area that attracts not only persons living in the community but draws persons from surrounding areas. 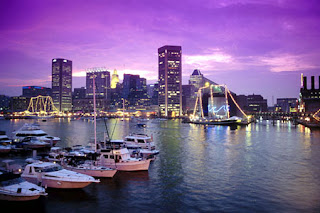 Baltimore has the Inner Harbor, 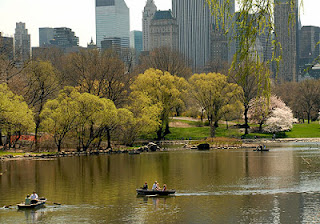 New York has its Central Park, 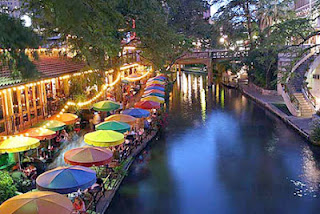 San Antonio has its Riverwalk 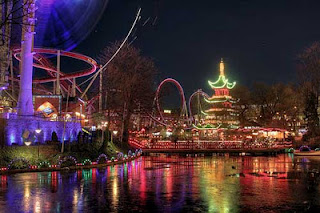 Copenhagen has its Tivoli Gardens 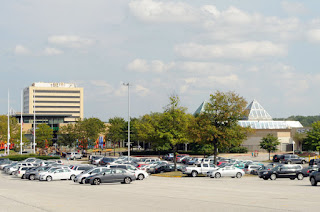 We have the Columbia Mall
In Columbia we have a Mall, Symphony Woods and the Lakefront.  Each probably fails as a significant area to define our community.  Except for the Wine in Woods, Symphony Woods serves mostly as a buffer between Merriweather Post Pavilion and the surrounding community.  Can you remember the last time you ever used this space with your family?  The Lakefront serves as a venue for occasional community fairs and activities but lacks a draw that keeps people coming there.  The Mall is a dinosaur of 1970's retailing that will probably be significantly changed over the next 10 to 20 years as the newest model of suburban retailing moves to a more open model.
I am not implying that we could have the significant features of the other communities---at least not on their scale but that doesn't mean that we could develop features of our community through the use of public art and other venues that had educational and entertainment value to our downtown.  Wouldn't the Robinson Nature Center have been a nice feature of the renovated Rouse Building?  Or a downtown ice rink?  I would look forward to the day when the Mall comes down and the area can be developed into a much more interesting "urban core."
The other prominent feature of an urban community is an extensive public transportation system.  This is something that Columbia will always struggle with because of our lower density.  Having a system that provides fast and convenient public transportation is not going to be a reality with the public transportation systems that exist today.  Having buses that are lightly used and travel times that are slower than riding a bike are never going to be the mode of transportation for most people in our community.  In the early planning of Columbia there was the thought that the village centers could be accessed often by walkers and bikers.  A visit to any of our village centers shows how that reality has never been achieved.
So does that mean that Columbia will always have to resemble a suburb rather than an urban area? Will the Downtown development ever be more than adding upscale housing and retail merchants?  I am not very optimistic that we will see many "out of the box" features as this area is developed.

Posted by duanestclair at 5:08 AM

We are glad that CA's latest event in our Community Building Series was thought-provoking --just what we are trying to achieve. Your post as well as the discussion after the screening did bring out the transit challenges we face as a low density community and the yearning for more lively civic and gathering spaces. In response to the question we posed to attendees: “I wish Columbia . . . (fill in the blank)” – we’re documenting those ideas and perhaps can use them to continue this conversation on the future design of Columbia. Thanks for the post and thanks to the HoCo Library System for partnering with us on the event and to the 50+ Center for hosting us.