Read what Albert Einstein, Sergey Brin and Dr. Alfredo Quinones-Hinojosa have in Common 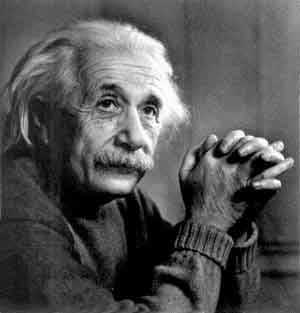 The following is from the Thomas Friedman’s new book “They Used To Be Us”
“If you were told that the following were attending a dinner honoring an organization what organization would it be?
Linda Zhou, Alice Wei Zhao, Lori Ying, Angela Yu-Yun Yeung, Lynnelle Lin Ye, Kevin Young Xu, Benjamen Chang Sun, Jane Yoon-hae Suh, Katheryn Cheng Shi, Sunanda Sharma, Sarine Gayaneh Shahmirian, Arjun Ranganath Puranik, Raman Venkat Nelakanti, Akhil Mathew, Paul Masih Das, David Chienyun Liu, Elisa Bisi Lin, Yifan Li, Lanair Amaad Lett, Ruoyi Jiang, Otana Agape Jakpor, Peter Danming Hu, Yale Wang Fan, Yuval Yaacov Calev, Leverit Alpoge, John Vincenzo Capodilupo, and Namrata Anand.”
“Sorry, wrong, it was not a dinner of the China-India Friendship Association. Give up? All these honorees were American high school stu­dents. They were the vast majority of the forty finalists in the 2010 Intel Science Talent Search, which, through a national contest, identifies and honors the top math and science high school students in America, based on their solutions to scientific problems.”
"…… immigrants are critical to our long-term economic health. Although they represent just 12% of the U.S. population, they have started 52% of Silicon Valley's tech compa­nies and contributed to more than 25% of U.S. global patents. They make up 24% of science and engineering workers with bachelor's de­grees and 47% of those with Ph.D.s."
The vitality of the United States is shown by the fact that almost 40% of the Nobel Prize winners (270) have come from the United States.  Many winners were recent immigrants to our country.  This country has always been a haven for intellectuals and scientist who have face persecution in their native country.  Albert Einstein and Werner Von Braun are only the most famous of these famous scientists. 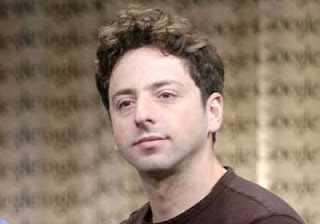 Sergey Brin one of the founders of  Google (and a University of Maryland Alum) is a more recent example of a foreign born immigrant that has made his mark in this country. 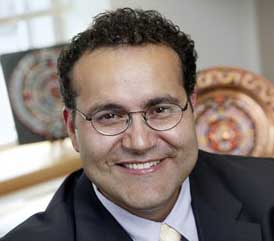 Finally the story of Dr. Alfredo Quinones-Hinojosa who was once a young man who entered the United States as an illegal immigrant from Mexico and today is a world famous surgeon at Johns Hopkins Hospital in Baltimore shows that those motivated to better themselves in this country bring this country a drive that has brought us our richness.  From a story that was shown on WBAL TV:
“Quinones-Hinojosa, known as Dr. Q at work, now uses his hands on patients where the slightest movement can separate life from death -- the same hands that separating weeds from dirt not long ago.

I do look at them sometimes, and I realize these are the same hands who now touch people's lives and brains. Nothing has really changed," he said.

“Dr. Q's story bends the definition of possible. It's one that took him from the fence to the fields, from community college to the University of California at Berkeley and from Harvard medical school to Johns Hopkins Hospital.”
"I had hopes. I had dreams," he said.
As a child in Mexico, cruel poverty was his family's reward for hard work. As a teenager, he said he found his father in tears.
"I found him crying because he just couldn't provide. And I promised myself that I would do everything within my power to make sure that I provided for not just my parents and my siblings, but for my future family," he said.
That commitment led Dr. Q to the fields of California's San Joachin Valley.
"I just knew that if you keep working hard, things are going to turn around. I just had no doubt in myself," he said.
Dr. Q said he slept in a trailer at night, but by day he kept pushing at every opportunity.
"Someone gave me an opportunity to drive a tractor. It just took me minutes to pick it up. Then (there was) an opportunity to drive the cotton picker and it took me minutes to pick it up," he said.
Now, Dr. Q splits his time between surgery and his research lab. He said he believes he can find the cure for brain cancer -- a challenge the medical establishment has all but given up on.”
Those who would take the risk to leave their country and endure the challenges in a new country for new opportunities are the kind of people who have built this country in the past and will continue to build this country in the future. Immigrants renew the vitality of this country (and Howard County) with each new immigrant migration no matter from which region of the world they come.
Posted by duanestclair at 4:45 AM