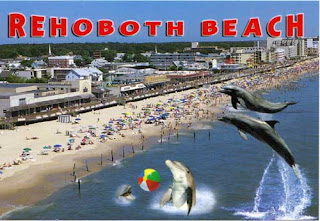 Having lived in the Washington area for almost 10 years before moving to Columbia I still was mostly oriented to the Washington area.  I was able to still watch the DC TV stations, listen to the same radio stations, get the Post and root for the Redskins.  But slowly I was exposed to the Baltimore scene.  Howard County was mostly oriented to Baltimore when you get outside of Columbia.  Co-workers were devoted to the Orioles and since Washington didn’t have a baseball team I started taking my kids to first Memorial Stadium and then Oriole Park.  My girls fell in love with Cal Ripkin and especially Brady Anderson.  The conversion had begun.  I started getting the Sun to keep up with the Orioles and they covered the Redskins before the Ravens.  Reading more than the sport pages I began to appreciate the charm of Charm City.  Instead of traveling to restaurants in the DC area we began to explore the restaurant scene in Baltimore.  Little Italy, Fells Point and downtown restaurants because our choice for a special meal.
This leads me to the “almost” in the title of today’s blog.  Vacations at the beach sharply divide over which town to visit—Ocean City or Rehoboth.  Having been a Washingtonian I naturally spent summertime at Rehoboth Beach.  Renting a beach house in Dewey Beach and the Rehoboth boardwalk became an annual pilgrimage for our growing family. Thrashers fries have claimed both cities but Grotto’s is a Delaware (and Pennsylvania) tradition.  Somehow Ocean City never had the charm of Rehoboth so I could never make that Baltimore conversion.
This week at Rehoboth takes me back to the fact that most Raven fans don’t visit this place. Eagles and Redskins still dominate in the stores selling sport merchandise.  Trying to find any Ravens apparel would be difficult.  The Philadelphia Inquire and Washington Post are everywhere but you have to search to find a Baltimore Sun.  Guess I will just have to read the Sun online while I can do it for free.  Of course lots of Delaware license plates, Pennsylvania license plates and the Maryland ones advertise suburban DC car dealers.
My only wish is those Delaware politicians would put some of the money they collect in tolls and bank credit departments from all of us out of staters to make route 404 a four lane road like the improvements that Maryland governors have made to make the trip down route 50 so much better.
Posted by duanestclair at 6:39 AM