Is Howard County a magnet for the foreign born population? 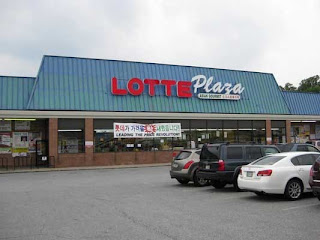 I have written before about how the population of Howard County is rapidly changing with a growing population of foreign-born residents.  The Korean stores along Route 40 and the ethnic food markets becoming common sights everywhere in the County.  The diversity of ethnic restaurants gives most of us little reason to go to Washington or Baltimore to taste ethnic foods.
The 2010 Census bares this reality out in the percentages of racial and ethnic categories.
The white/non Hispanic population declined from 2000-2010 from 53.4% to 42.9%.  The African American percentage dropped from 37.1% to 35.8%.  The Asian population increased from 4.4% to 5.7% and the Hispanic population increased from 4.8% to 11.5%.  Added to this reality is that the Asian and Hispanic populations tend to be younger with school age children. Tomorrow I will highlight what this means for the Howard County School System and the Howard Community College.
So why are newly arrived immigrants attracted to Howard County?  First and foremost is the County’s educational system.  Many of the immigrants arriving in Howard County have professional backgrounds and a good educational system for their children is paramount.  Secondly, Howard County is perceived as a “welcoming” community that embraces diversity.  This unfortunately is not the norm as we see with a number of states now enacting laws to discourage an immigrant population settling in their state.  Arizona and Mississippi being only the latest examples of this.  The values that Jim Rouse instilled in the development of Columbia still resonate in our community.  A walk though the Columbia Mall or any shopping area in our community and you will clearly see the diversity of our population.
I wanted to take the new few days to explore this change in the face of our County and give everyone a better picture of how this change will impact our community.
Posted by duanestclair at 4:08 AM

Interesting numbers Duane. Thanks for sharing.

Regarding the "welcoming" of immigrants into our county, I think that you hit the nail on the head with the "Many of the immigrants arriving in Howard County have professional backgrounds" comment. Do you think that the residents of HoCo would be as welcoming of these immigrants if they did not have professional backgrounds? I think that is the case of what you are seeing in Arizona and Mississippi. Instead of legally being there and positively contributing to the economy of the area, many of the laws being proposed are aimed at those who are there illegally. That is why the welcome mat isn't out.

I think we are just lucky in that a large chunk of the immigrant population here in HoCo has formal education, professional backgrounds, and contributes significantly to the local economy.