The trial of "The Donald" 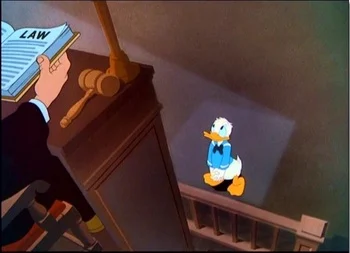 As the trial of Donald Trump begins today we should all realize what will be played out.  What will happen in the Senate today reminds me of what it would be like if a bank robber had a jury trial made up of one half bank robbers. I am sure that the bank robbers on the jury would vote to not convict their fellow bank robber because he was no longer in the bank pointing his gun at the tellers. Of course, this was the trial situation because the fellow bank robbers held off the police entering the bank until the bank robber finished and came out of the bank. If inciting a riot to overthrow a legitimate election isn't grounds for conviction of impeachment then there are no grounds for removing a president constitutionally unless your party has a 2/3 majority.   This "trial" will not be decided by the merits of the evidence presented but by the political calculations of Republican senators and their fears of being primaried for voting for conviction.  For Democrat senators, the political calculations align with the facts of the case.

We never knew to what extent the Trumps would go to get revenge when they left the White House but we never thought that Meliana would steal the White House shower curtains for a going-away dress!!! 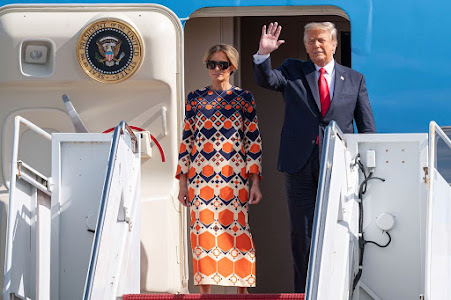 For anyone interested in the trial of "The Other Donald" here it is.

Posted by duanestclair at 8:55 AM