After watching the Senate trial yesterday I thought of the saying in the heading as the way the House impeachment managers should close their case.  To all those Republican senators who thought the first impeachment would teach Trump a lesson have to now realize that this time their vote not to convict is on them.  When they don't draw a line on insurrection as being a case to convict a president they are undermining democracy with a peaceful transfer of power in this country.  Every senator who doesn't vote to convict is saying that their political alliance with the Republican party is stronger than their alliance with our democratic form of government.  They can all wear their lapel US flag pins and stand for the national anthem but we will know how phony they are in their allegiance to what our country represents. Shame on them this time as this vote is on them.   Those Republican senators should have their names going down in history alongside the leaders of the Confederacy from the 19th century. 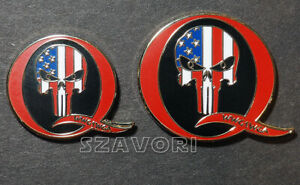 P.S. 1
George W. Bush getting the saying all mixed up!
P.S. 2
It will be interesting to see how Republican Senators such as McConnell, Shelby, Grassley and Inhofe who all voted to convict Bill Clinton for lying about having sex with an intern vote.  This time they will vote about when a president tried to overthrow our democratic form of government. Don't be surprised if they feel that lying is more of a crime than insurrection.

Posted by duanestclair at 9:29 AM