Having an uncoordinated vaccine distribution system is where we are at 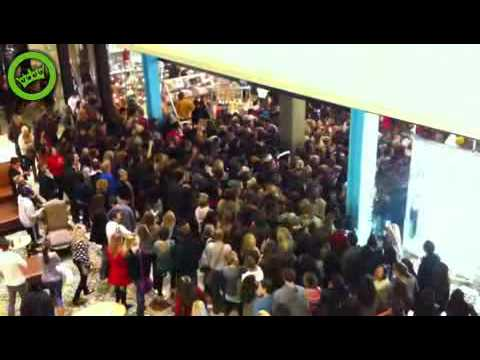 When I hear about the problems with the distribution of the COVID vaccine it reminds me of the old pictures of the rush to get those hot items on Black Friday at Walmart.  Remember how Walmart and other retailers would put a few of the new big-screen TVs on sale on Black Friday?  People would line up all night to be one of the few people to get one of those TVs.  Being too late to get a TV left a lot of angry and disappointed shoppers.  I feel like that now with the limited supply of the vaccine.  Getting the shot depends on being in one of the selected groups and that pits one group of people against another.  Should teachers be given priority before seniors to get schools open?  Should front line grocery workers be ahead of younger people with certain health conditions?

We now have the federal government starting to distribute the vaccine to pharmacies.  So now you have to figure out how you get in another line for a possible shot.  Will the pharmacies place their regular customers ahead of non-customers?   Will pharmacies all have different ways to access the appointments? Our decentralized system may leave many people out in the cold as they don't know how the systems work or how to even get in line.  We can have a discussion about whether a centralized or decentralized system is the best what to distribute the vaccine but it seems we have the worst of both systems.  The brainpower used to develop the vaccines in record time seems to be missing in developing the best distribution system.  The collaborative efforts of many different companies in the vaccine development was missing in how the Trump administration wanted to leave it up to the states and localities to determine how they would distribute the vaccine.  Having an administration that was anti-government contributed to the delayed planning for distribution.

The limited supply of two-shot vaccines has resulted in questions of how much to hold back the supply for second shots.  We have some beginning information that people who have had COVID may only need one shot.  Soon the one-shot vaccines may contribute to an expanded supply for distribution.  It is interesting that Johnson and Johnson is testing the value of giving their vaccine a second time to raise the level of immunity of their vaccine.

Finally, the distribution system also reminds me of an old Candid Camera episode with the frustration of a bank customer always picking the slow line at the bank.  Banks finally realized this and set up their systems to filter people waiting for a teller through a single queue. Maybe there is a lesson in there for the vaccine distribution system.  Here is the video of that episode of the frustrated customer.

Posted by duanestclair at 10:44 AM