We happen to live in one of the most "blue (i.e. Democrat)" counties in one of the most bluest states in the United States.  But we only have to travel to one of our neighboring counties or states to see how different the rest of our Country is.  I blogged recently about this fact after travelling through some Southern states on a recent trip to Florida.  Then last week I saw on Buzz Feed some maps that showed the 2012 Presidential election in a different light.  It showed how the outcome of our last election would have been different if it had been held in the past.  Just look at some of the maps below to see the different results. 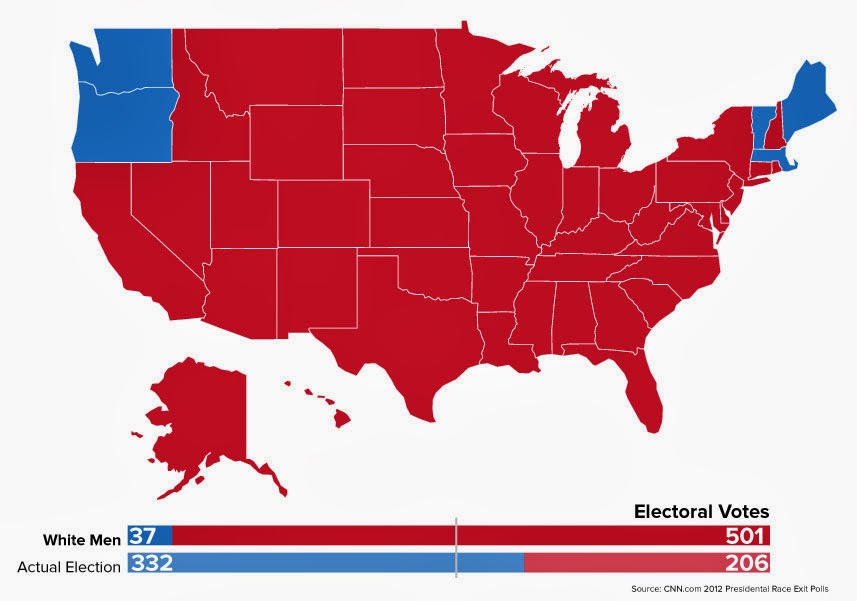 This map shows the results (red Romney, blue Obama) if only white men had been allowed to vote as would have been the case before the 15th Amendment allowing black men to vote in 1870. 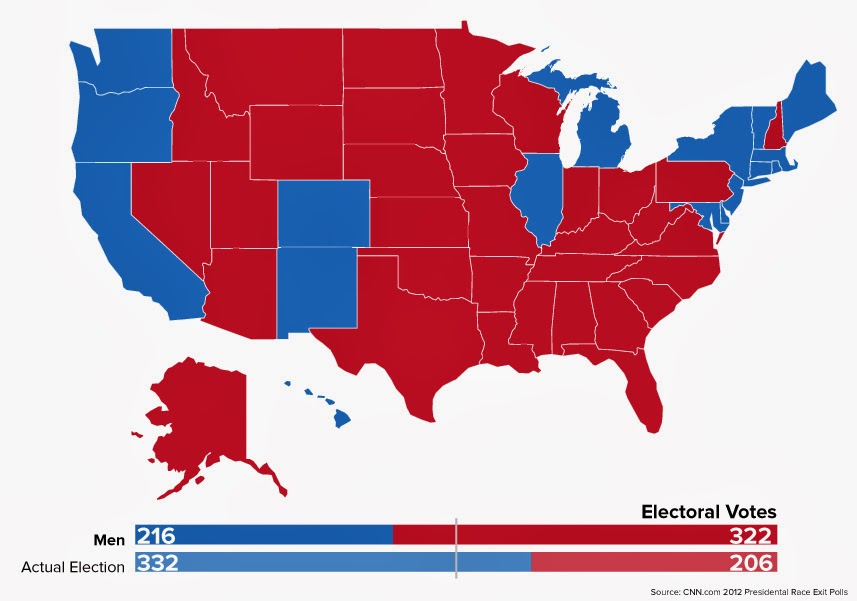 This map shows the result if only men had been allowed to vote as would have been the case before the women were allowed to vote with the 19th Amendment approved in 1920. 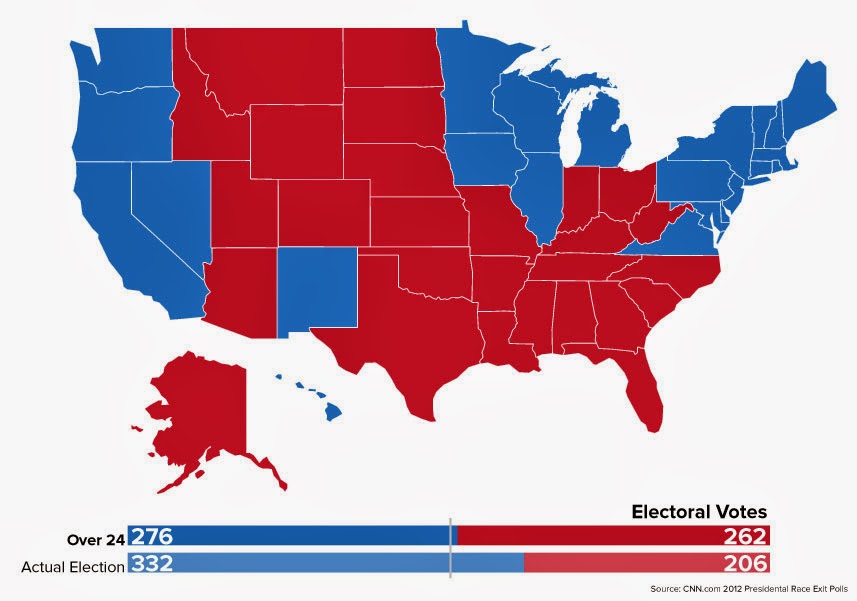 With the 26th Amendment the voting age was lowered to 18 from 21 in 1971.  This map shows a much closer race when only those over 24 were voting. 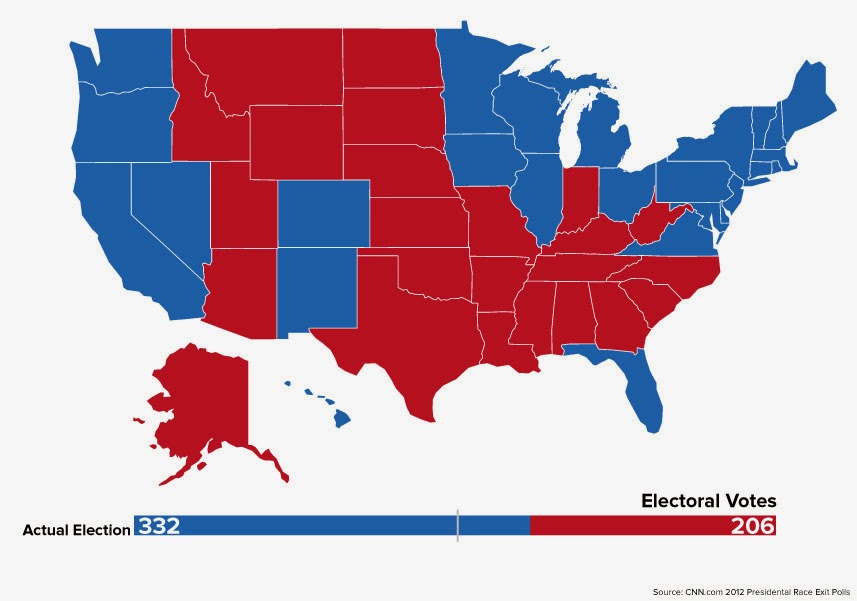 Finally the map above shows the actual results of the 2012 election.  The demographic changes in our Country shown in the maps above show the challenges to any national party (guess which one?) that ignores these changes.

hocopolitics@@@
Posted by duanestclair at 4:34 AM