The worst type of age discrimination 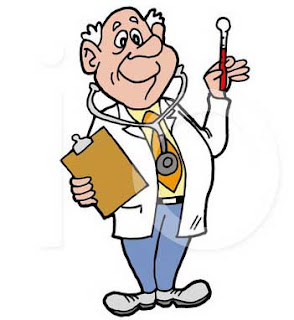 We have all heard about the stories of people over 50 not being able to be hired for a job because they were seen as "over the hill." Here in the Baltimore we always hear sportscasters say of the Raven's Ray Lewis that his high level of play is "remarkable given his age." Age does have its effect on all of us but by itself it not relevant.

This past week my Father has been in the hospital and I saw the worst form of this age discrimination.  He had been transferred to a new hospital and his attending doctor was telling me about his plan of treatment.  After explaining all the medical interventions he stated, "Of course with a patient of your Father's age you should be prepared for the worst."  He didn't say for a patient with your Father's health condition he said of my father's "age."  Age is not a disease.  If my Father was 40 the doctor would not have said the same thing.  The danger is that his attitude would impact how he treated my Father.

The experience reminded me of an old joke about an elderly patient.  A ninety year old man went to his doctor complaining of pain in his right knee.  After the doctor examined the knee he leaned over patted the elderly gentleman on the shoulder and said, "at your age you have to expect that things like this to happen to a knee after 90 years."  The elderly gentleman looked at his doctor and said, " My left knee is 90 years old too and it works just fine."
Posted by duanestclair at 5:15 AM

I know, right? And don't get me started about how many people discriminate against used cars. Just because they are old and have lots of miles on them, people aren't willing to pay as much for them as new cars. Those discriminating jerks.

How dare that doctor think he know as much as you?