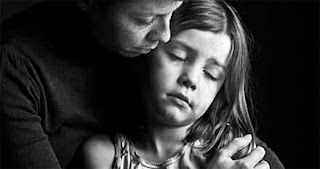 With the news reports from Penn State and Syracuse about the charges that coaches had molested children the first reaction is "how could so many people not report the abuse to the police."  These incidents follow the scandals of priests and scout leaders not being reported to the police.  Are we so insensitive to abused children that we only think about protecting the institutions to which we belong? I  have blogged before on how the town I grew up in ignored the fact that the Cub Scout leader in town was a pedophile and Sunday School teacher and he was never reported.

There are already calls in Maryland to have not reporting sexual abuse of a minor a crime.  Bills are being prepared by some legislators for this session of the General Assembly.  The mandatory reporting requirements, particularly of teachers and doctors, has resulted in criminal charges being brought against perpetrators in increasing numbers.  Telling your supervisor as in the case of the Penn State case would not be sufficient.

Some of the facts on child sex abuse:

•      Ninety-three percent of children who are sexually abused knew, trusted or loved their attackers.
•  Sixty-seven percent of sexual assault victims are under 18, 34 percent are under age 12, and 14 percent are under age six.
•  One in four girls and one in six boys will be sexually abused before their 18th birthday.      Forty-five percent of pregnant teens report a history of child sexual abuse.
•  One in five children is sexually solicited while online.
In Howard County the Family and Children's Services of Central Maryland has recently taken over the responsibility of treating children who have been sexually abused. From their newsletter:
"Although treating abused children is not new for us (FCS has been provid­ing child abuse treatment services in Central Maryland since 1985), we've in­creased our services to fill the gap created by the closing of the STTAR Center. With the funding from the Department of Citizen Services, we became the mental health services provider for the Child Advocacy Center in Ellicott City, an accredited center.
We've added two full-time child therapists for the program. One is a mem­ber of the Child Advocacy Center multi-disciplinary team and is based in El­licott City. The other works out of the Wilde Lake office. The program also includes a part-time community educator/outreach coordinator.We see children under age 18 who are victims of child abuse, sexual assault or neglect. Our services include crisis intervention and ongoing individual, family and group counseling for victims and their non-offending family mem­bers.
Other funding to support this program comes from the United Way Com­munity Partnership of Howard County."
Posted by duanestclair at 4:14 AM