Can you really identify high school dropouts at 3rd grade?? 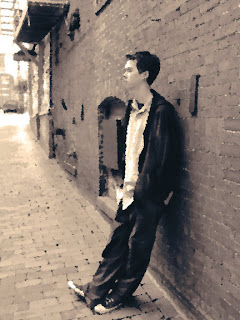 Educators and researchers have long recognized the importance of mastering reading by the end of third grade. Students who fail to reach this critical milestone often falter in the later grades and drop out before earning a high school diploma. Now, researchers have confirmed this link in the first national study to calculate high school graduation rates for children at different reading skill levels and with different poverty rates. Results of a longitudinal study of nearly 4,000 students find that those who don’t read proficiently by third grade are four times more likely to leave school without a diploma than proficient readers. For the worst readers, those couldn’t master even the basic skills by third grade, the rate is nearly six times greater. While these struggling readers account for about a third of the students, they represent more than three fifths of those who eventually drop out or fail to graduate on time. What’s more, the study shows that poverty has a powerful influence on graduation rates.The combined effect of reading poorly and living in poverty puts these children in double jeopardy.
The study relies on a unique national database of 3,975 students born between 1979 and 1989. The children’s parents were surveyed every two years to determine the family’s economic status and other factors, while the children’s reading progress was tracked using the Peabody Individual Achievement Test (PIAT) Reading Recognition subtest. The database reports whether students have finished high school by age 19, but does not indicate whether they actually dropped out.
For purposes of this study, the researchers divided the children into three reading groups which correspond roughly to the skill levels used in the National Assessment of Educational Progress (NAEP): proficient, basic and below basic. The children were also separated into three income categories: those who have never been poor, those who spent some time in poverty and those who have lived more than half the years surveyed in poverty.
I was interested in hearing how Howard County Schools handle the issue of dropout and today I talked with Craig Cummings.  He explained that he and Ann Blackwell work on the dropout issue.  Every Spring schools identify those students at highest risk of dropping out.  This process happens with students entering 6th and 9th grades.  The risk factors are student test scores, school attendence and school suspensions.  Sometimes a socio-economic factor can be involved but this factor is not as important as the other factors.

Maryland has a target goal of keeping dropouts below 3% statewide.  Howard County not surprisingly beats this goal with a dropout rate of 1.25%.  This equates to 240-250 student dropouts a year.  This rate has been about the same for the past couple of years.  About 3 years ago there was a significant reduction.  The students still dropping out today are only those that are the "toughest of the tough."  The only groups of students that have not met the 3% dropout goal for Howard County are Hispanic and African American students.

One way the the School System is trying to address the dropout problem is through the offerings of the "career academies" offered at the Applied Reach Lab (ARL).  Housed in the old Vo-Tech building the academies offer many of the vocational trainings that the Vo-Tech program used to offer.  There is a recognition that for some students a hands on training experience maybe more relevant than just classroom instruction.

The School System has also discussed where more flexible school times could keep some students engaged. Maybe instruction between 12-6 or some classes in the evening might keep some students in school.  As with any issue flexibility may address some of the problem.

P.S.
News Hour segment on the dropout problem
Posted by duanestclair at 9:01 PM

You are extremely careless with how you format your blog posts. If you quote something, use the nice quote feature so it's clear what you are doing. I honestly have no idea what you've written and what you've copy and pasted from the report. Also, the last 5 paragraphs appear on my browser (Safari) to be wingdings gibberish. Don't be so sloppy.

If the appliance is assertive the added hand, government work, again they will assert you accept an avant-garde degree, a lot of likely. It all depends on you afterwards work.