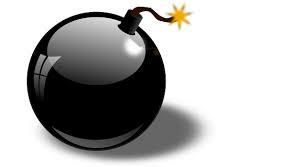 The Democrat's ticking time bomb is set to go off next year before the 2022 mid-term elections.  The $300 a month per child checks to most middle-class families in the stimulus bill is set to expire next year.  The Democrats are planning on introducing new legislation to make the $300 payments permanent.  This will put the Republicans in the position of having to explain why they didn't vote to continue these payments to families.  Not exactly a position any Republican elected official will enjoy facing.  Democrat challengers will be sure to point out to voters that most of these elected Republicans voted to make Trump's tax cuts permanent that went mostly to the wealthy but want to take away the benefit that went to low and middle-income families.  The Republicans can try to run on their cultural issues such as Dr. Seuss books but taking money away from families will "trump" any obscure cultural issue.

You don't hear too many Republicans still talking about ending Obamacare.

Posted by duanestclair at 4:36 AM