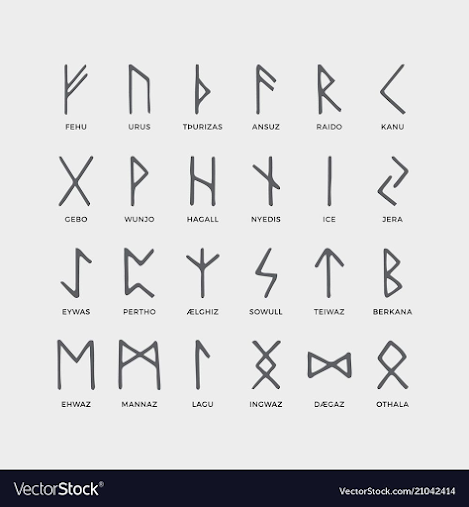 We are all learning about the coded words and symbols of the Trump-supporting right-wing followers.  The CPAC event this last weekend has now brought to our attention of the old Nordic Runic alphabet that has a history of being used by racists in the past who demonize non-white people.  Here is a description of how it is being used:
"Runic alphabets are still used today in many mainstream and non-racist contexts. However, white supremacists have also appropriated the runic alphabet, in large part because Nazi Germany often used runes in its symbology. White supremacists use runes for transliterated Roman letters, creating an alternative alphabet (sometimes viewed as a code, since the vast majority of people do not know runic letters).
It is also common for white supremacists to use runic letters to portray certain words of significance to the white supremacist cause, which may be seen on clothing or as tattoos."

A Runic symbol used at the right-wing demonstrations in Charlottesville a few years ago.  The use of the Nordic symbols is a reminder of the desire of the Nazis to create an Aryan race. 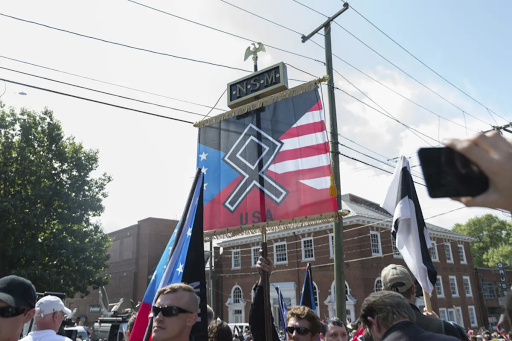 The symbols were modified slightly by the Nazis as shown on the collar of a Nazi soldier. 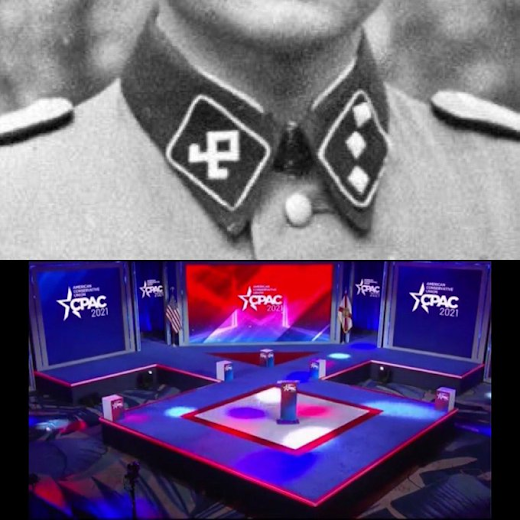 So that brings us to the CPAC conference last weekend and the floor design for the conference. I don't often follow conspiratorial theories but was that design a deliberate message to right-wing racists?  Given that CPAC has many right-wing supporters if it wasn't deliberate shouldn't someone have raised a "red flag" about the floor design?

Trump's preference for Nordic people was seen in wondering why we didn't have more immigrants from Norway instead of from African countries.

The Trumps even lied about being from Sweden.

Posted by duanestclair at 4:43 AM