Can you tell the income level of a community by the number of trees??

I happen to read a report on the blog Per Square Mile about being able to predict the income of an area by looking at how many trees are in a community.  The report stated the conclusion as the following:

"for every 1 percent increase in per capita income, demand for forest cover increased by 1.76 percent. But when income dropped by the same amount, demand decreased by 1.26 percent. That’s a pretty tight correlation. The researchers reason that wealthier cities can afford more trees, both on private and public property. The well-to-do can afford larger lots, which in turn can support more trees. On the public side, cities with larger tax bases can afford to plant and maintain more trees."

This report used Google maps to show this relationship.  The report was focused on urban areas.  After reading the report I thought I would do this comparison on two communities of Baltimore.  The first is a shot from Google maps of one of the poorest communities in Baltimore--Sandtown/Winchester.  This is the community in which Jim Rouse and the Enterprise Foundation did a great deal of work. 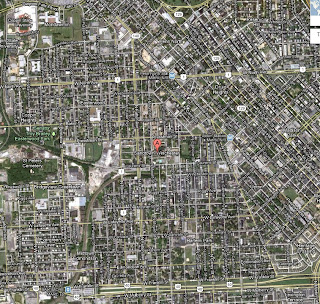 Not surprisingly there are few green spaces in this community.  Having driven through this community to visit grandparents raising their grandchildren I can say this is a tough community to raise children.  The shot below is from one of the most wealthy areas of Baltimore--Roland Park. 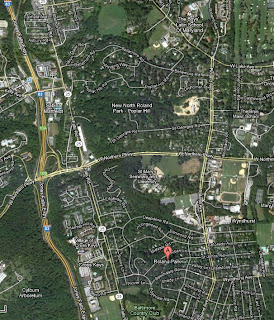 I guess it isn't surprising to see the increase in green areas in this community.  So the question is "Can planting more trees in a community have a positive impact on the health of a community?"  While the link to improvements in crime reduction and other societal benefits are less clear the environmental improvement in pollution control is strongly related to planting more trees.

So how does this hold up in Howard County?  In Columbia we are fortunate to have had Jim Rouse and the Rouse Company value green spaces in the planning of Columbia.  We have some of the best distribution of green spaces throughout our neighborhoods that you will find anywhere.  I did take a look at the poorest and richest communities in Howard County to see the comparison on green spaces.  Finding a "poor" community in Howard County is really just relative.    Below is the Route 1 corridor which is also the most industrial area of the County so it shouldn't be surprising that it doesn't have as much green space.  Also it shouldn't be surprising that it has always been one of the poorer areas in the County which is maybe why this is where the jails and industrial areas were developed. At one time it had most of the trailer parks in the County. The median income in this area is $89,062 a year--still not very poor. 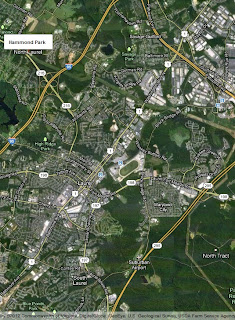 The comparison map below is for Clarksville which has one of the highest family median incomes in the County at $195,000 a year. 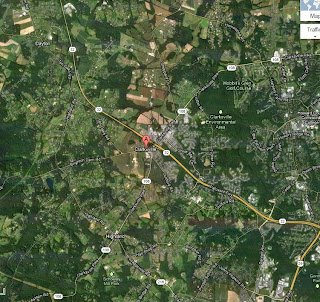 Everything you need to know & DO to help keep Marriage in MD
and
How YOU can fit it in your schedule!!

As all of our previous emails have stated PFLAG Howard County will be dedicating our general meeting tonight June 12, 2012 at 7:30pm at the Owen Brown Interfaith Center to our annual scholarship ceremony presented by Delegate Liz Bobo and DC Consulting as well as to “everything you needed to know about the Marriage Referendum and how you can make a difference in your own schedule.”

We will have 4 rotating mini-sessions that will be lead by 4 of our own PFLAG Steering Committee Members: Dan McCarthy, Heath Goisovich, Morgan Menses-Sheets and Matt Thorn, who will teach you tips and trades that will help make a difference in Maryland. These 4 sessions will focus on the daily needs of winning at the ballot, EDUCATING THE PUBLIC, KEEPING PEOPLE AWARE and GETTING OUT THE VOTE. Our sessions will focus on:


1) How to Canvass: Lose the feeling of anxiety & how to do it in your own neighborhood on your own schedule
2) Phone Banking: How to do it on your own, how to design your own script, what to say & making your own call sheet
3) Casual conversations: How to strike up a conversation at your local grocery store, work, Starbucks, how to write an op-ed for your local paper, Engaging in thoughtful conversations without provoking argument.
4) Getting out the vote: what you can do leading up to the election. Volunteering to drive senior citizens to the polls, early voting and many more...

Trees alter the environment in which we live by moderating climate, improving air quality, conserving water, and harboring wildlife. Climate control is obtained by moderating the effects of sun, wind, and rain. Radiant energy from the sun is absorbed or deflected by leaves on deciduous trees in the summer and is only filtered by branches of deciduous trees in winter. We are cooler when we stand in the shade of trees and are not exposed to direct sunlight. In winter, we value the sun’s radiant energy.
*from Trees Are Good!