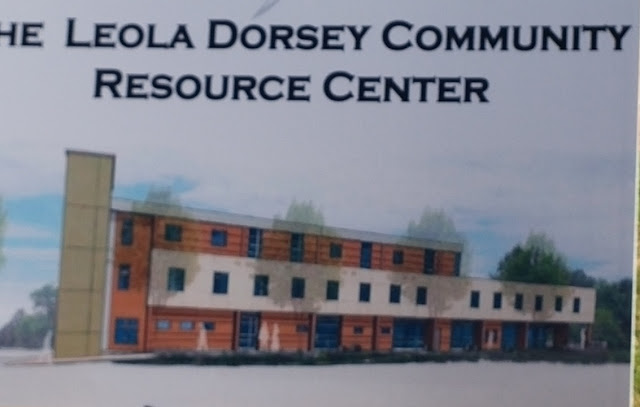 Last week I attended the groundbreaking for the Leola Dorsey Community Resource Center in Jessup.  This facility will provide housing and a community resource center for homeless individuals in Howard County.   It's location near Route 1 will be just down the road from the present Day Resource Center that has been serving the homeless population for the past few years in a facility that is inadequate to meet the needs of this population. 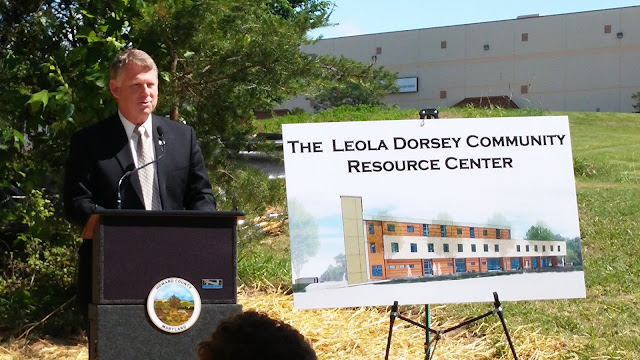 The new facility opening next year will not only provide needed community resources and supports to the homeless population but needed housing for many individuals who today live out in the elements around Route 1. 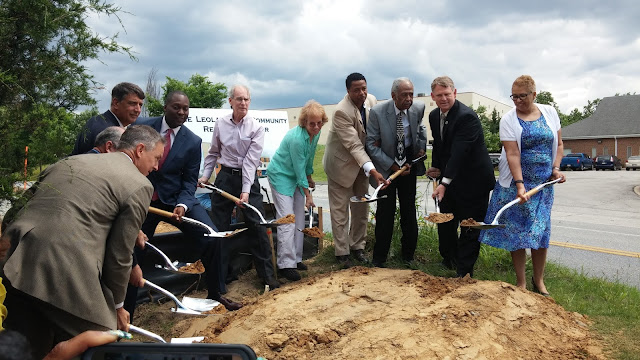 This facility was made possible by a partnership from many groups and funding sources.   County, State and Federal funding was used in developing this facility.  The Volunteers of America of Chesapeake, Inc will manage the facility along with staff from Grassroots and its Day Resource Center. 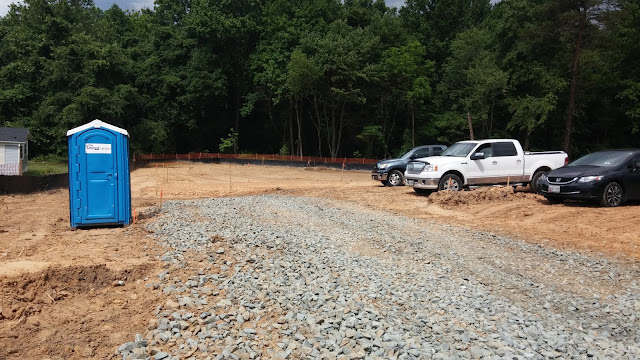 The location above is where the facility will be built.

The naming of this facility after Leola Dorsey, pictured above, has special significance for me.  I got to know Leola when she came to work in the Office on Aging in the late 1970's.  As an Outreach Worker for the Office Leola was often the first person to visit a senior citizen in need in Howard County.  Later she managed the Guilford Nutrition Center after her Sister Mildred Green became too frail to be the manager.  Her  loving spirit and energy was contagious.  When Leola was around you knew there would be laughter.   Her cooking was legendary and I will always remember the meals at her home in Guilford.  Especially her peach cobbler!  Over the years as she aged I became a close friend who learned a great deal about her life and work with the NAACP in Howard County.  I remember sitting in the old Buell's Restaurant on Route 40 and hearing her talk about how she and Bob Kittleman would visit restaurants along Route 40 for the NAACP to see if they would serve her after the civil rights legislation in the 1960's required previously segregated restaurants to serve African Americans.  She talked about the first time she got served in Buell's.  Even 15 years later she still felt uncomfortable in the restaurant.  The bad memories of a segregated Howard County were still too fresh in her mind.
Over the years Leola became frailer and stopped driving after her very first accident near her home.  Stopping in at her home was a regular stop of mine as I would head to Laurel to do grocery shopping.  I would see if she needed anything or needed a ride somewhere in the upcoming week.  She usually said she was OK as her beloved Son Charles was taking care of things for her.  The last year and a half was spent in Lorien Nursing Home in Columbia.  What started out as a temporary rehab stay extended into her last residence as her health deteriorate.  I was fortunate to attend her last birthday party at Lorien as she turned 90 with all her family around her.
Some people leave and indelible mark on who we are as a person.  For me Leola was one of those people.

P.S.
Recently I had a chance to talk with Jack Santori from the Bethany United Methodist Church about their involvement in the Cold Weather Shelter program.  This program is operated by Grassroots for homeless residents during the cold weather months.  Jack indicated that Bethany has participated in the program from the beginning by providing a location for the shelter 1 or 2 weeks in the Winter.  This engagement has led some members of the congregation to volunteer at the Day Resource Center in Jessup.  This the facility that will be replaced by the Dorsey Community Resource Center next year.  Jack mentioned that the members of Bethany sometimes meet the same homeless individuals at the Resource Center that they housed the previous Winter at their church.

#hocoblogs
Posted by duanestclair at 5:24 AM

I remember participating in a group of NAACP members, including, among others, Leola and her spouse Remus and Bob Kittleman, that tested a restaurant on Route 40 that had the name of Gaskins in the 60s. They wouldn't serve us, so a challenge was made to what was then called the Interracial Commission, which had enforcement authority over public accommodations discrimination. The commission ruled that we were entitled to eat there. Some people did return for a meal. I decided that there were better uses for my money. At any rates, the name of the restaurant changed before too long after that.
It was good of you to look out for her in her last years, Duane.

Whenever I hear of a facility or location being named after someone, I always wonder their back story and why they received the honor. In a lot of cases, there isn't much on the Internet about these people. Thanks for sharing your connection to Ms. Dorsey and her importance in our community.