The sky is literally falling! 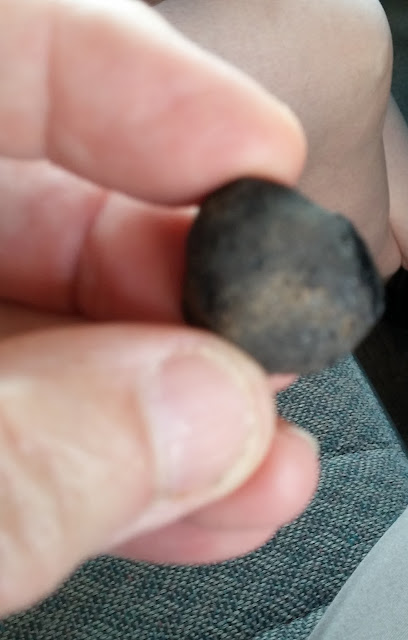 We all know that our chances of dying from being hit by a meteorite, asteroid or comet is 1 in 1,600,000.  I am actually surprised it is that high as I don't ever remember reading about anyone being killed by a meteorite.   We should all be more concerned about dying in a car accident which has odds of 1 in 90.  Most of us can remember someone who has died in a car accident.
For one resident of Savage here in Howard County his chances became a little too close as he found five pieces of a meteorite embedded in his driveway.  One of them is pictured above.  He noticed them but wasn't sure what they were until his son said he should see if they were magnetic.  To his surprise the rock is magnetic.  While this is not an absolute proof that it is a meteorite it makes it very likely by the way it was embedded in the driveway at an angle.

#hocoblogs
Posted by duanestclair at 5:05 AM