With the Fourth of July approaching it is once again time for the Smithsonian Folklife Festival on the Washington Mall.   Every year the Folklife Festival highlights one country and one state.  This year the Basque region of Spain and the state of California are highlighted.

The Basque region of Spain has been know for civil unrest as the Basque people have a strong nationalistic movement for separation from Spain.
If you go to the Festival and think that the beaches and scenery of California will be highlighted you would be wrong.  No Beach Boy music this year.  The California highlighted will be as described on the website:
"....... artists who contribute to the soundscapes of California, who demonstrate the social power of music and cultural heritage. While rooted in the terrain of their communities, these artists work across borders—in many senses. They sustain traditions to bridge distant homelands to their present homes. They remix traditions to forge new variations and collaborations. They deploy traditions to engage and invite others to action."

The diversity of California will be featured in a presentation highlighting the WPA California Folk Music Project back in the Depression.  The WPA developed many public works projects but also employed a number of musicians, artists and writers. 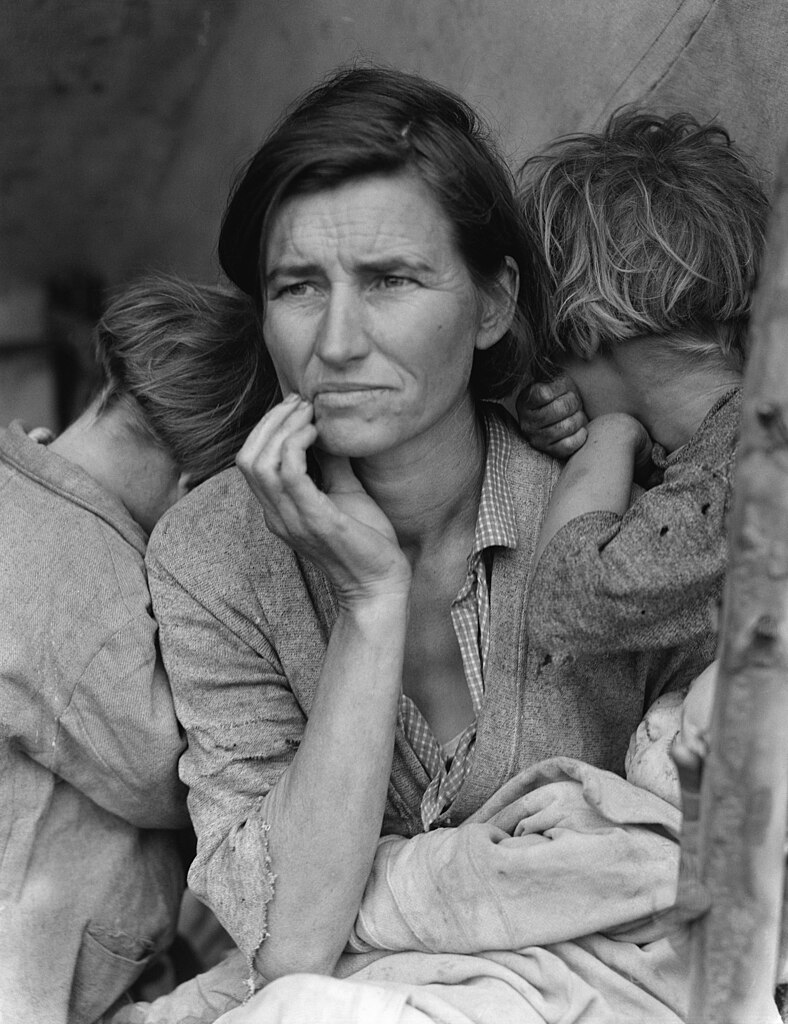 Probably the best know of these artists was photographer Dorthea Lange photo for the Farm Security Administration called Migrant Mother.  As Lange described the photo:

"I saw and approached the hungry and desperate mother, as if drawn by a magnet. I do not remember how I explained my presence or my camera to her, but I do remember she asked me no questions. I made five exposures, working closer and closer from the same direction. I did not ask her name or her history. She told me her age, that she was thirty-two. She said that they had been living on frozen vegetables from the surrounding fields, and birds that the children killed. She had just sold the tires from her car to buy food. There she sat in that lean- to tent with her children huddled around her, and seemed to know that my pictures might help her, and so she helped me. There was a sort of equality about it."

Interestingly you can get a reproduction of this photo from the original negative from the Library of Congress as she was a federal employee at the time she took this and the negative is owned by the Government.  I have a print from this negative.   Notice the small child on her lap with its face partly hidden.
Posted by duanestclair at 4:58 AM

Just want to say that I really like your blog. I'm not a liberal and we probably couldn't be more opposed in our political views, but your blog keeps me up to date on things going on in our county and the surrounding areas. Thanks for keeping it up.