My one encounter with Muhammad Ali RIP 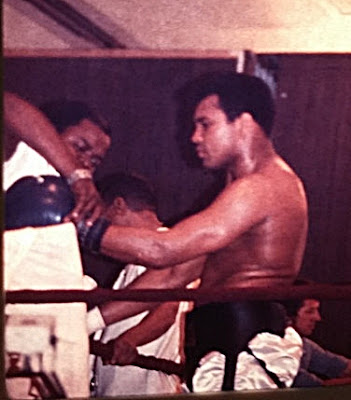 In 1976 Mohammad Ali was going to fight Jimmy Young at the Capital Centre in Landover.  He was the heavyweight champion and was supposed to use this fight as a warm up for a bigger fight with Ken Norton.   He held his sparring matches, open to the public, at the Sheraton Hotel in New Carrollton only 2 miles from where I was living.  I figured for $10 this would probably be the only time I would have a chance to see Ali. 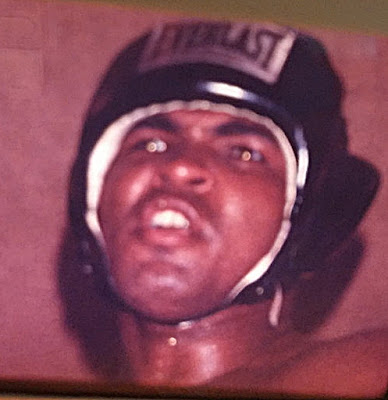 Ali the performer was in the ring that day.  He carried on a running commentary with the crowd while he sparred.  Often it seemed as if he was only half sparring and half having fun with the crowd. Especially when he noticed an attractive woman in the crowd! 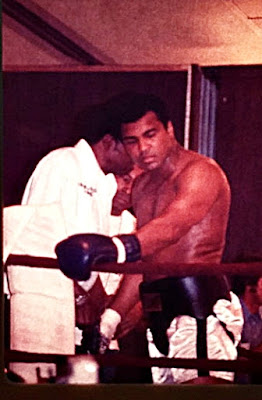 After he had ended his sparring as I was getting ready to take this picture he turned toward me and said "Wait till they make me pretty before taking your picture!"  His stern look quickly turned into a smile as the crowd broke into laughter.  When you have a great athlete combined with a world class showman you can understand why he will always be a legend.