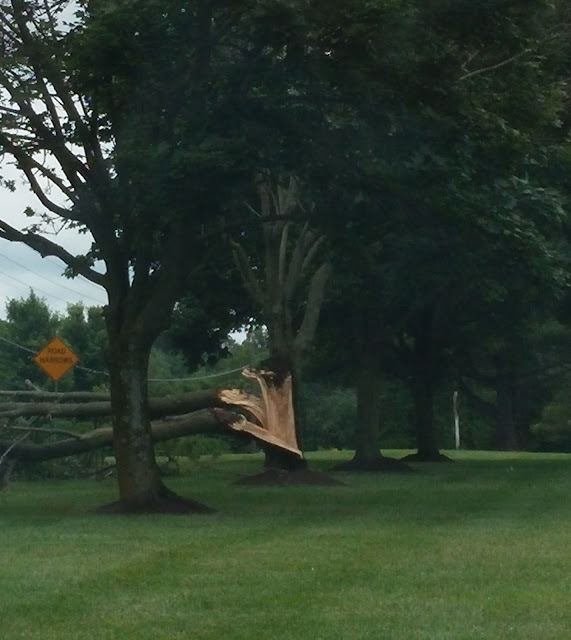 Yesterday I had a chance to travel on Tridelphia Road in western Howard County to see the damage that Tuesday's storm caused. 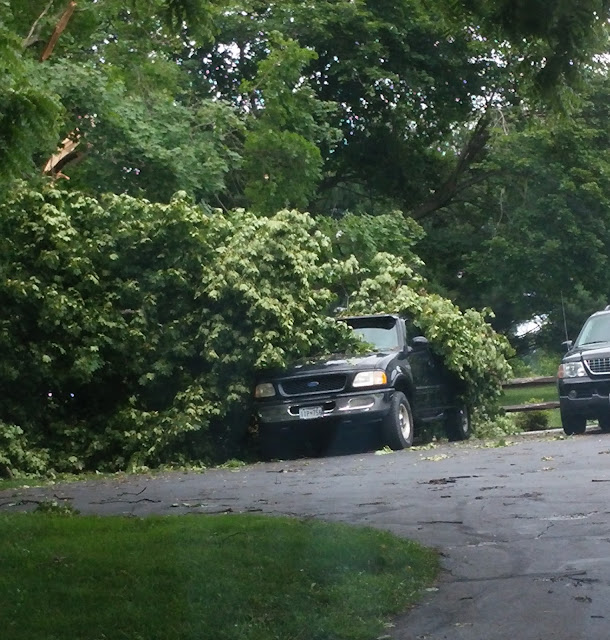 As tornadoes go this was a small EF-0 storm with winds of up to 80 miles an hour.  Nothing like the 200+ winds of Midwestern tornadoes. 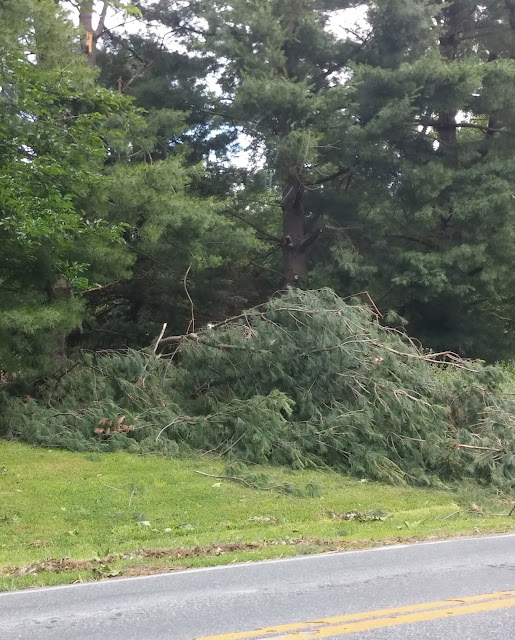 Much of the damage seemed to be mostly Pine trees whose branches are more likely to break in a storm.  We see this type of damage in the winter with heavy snows or ice storms. 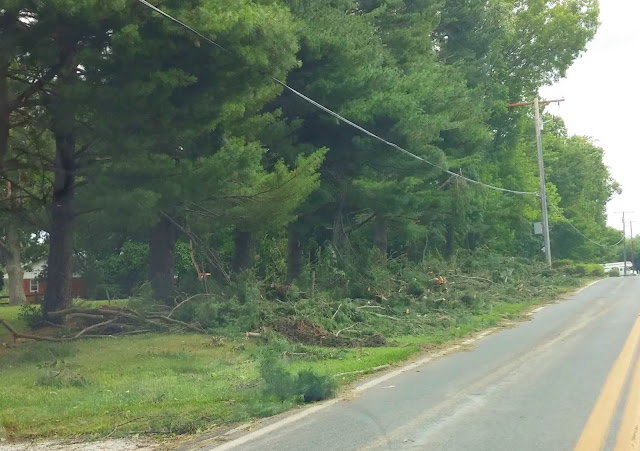 The pine trees shown above were cut down by BG&E after they had taken down power lines in this area.  The work crews had just repaired the downed lines. 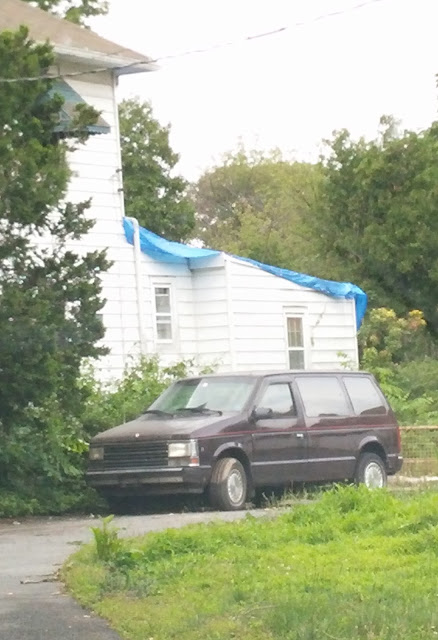 It was not hard to find homes like those pictured above and below that had damage to roofs that now had blue tarps covering the damaged areas. 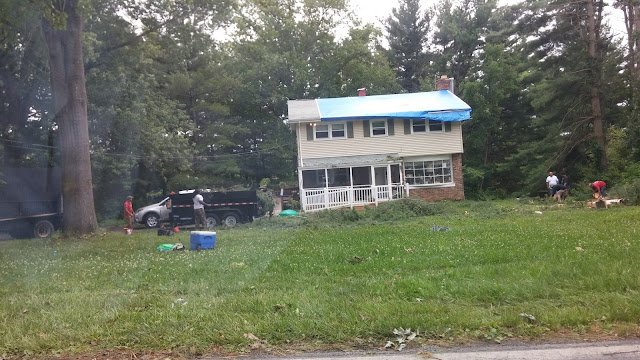 Posted by duanestclair at 5:44 AM