Remember a post I made last December about the theory on the purpose of Stonehenge and how the sun maybe used to mark the passing of the seasons?  I pointed out that Columbia may have its own Stonehenge with  rising sun reflecting off an office building near Lake Elkhorn only in December. Coming around Lake Elkhorn this week I saw the same reflection off the building that I saw last December. 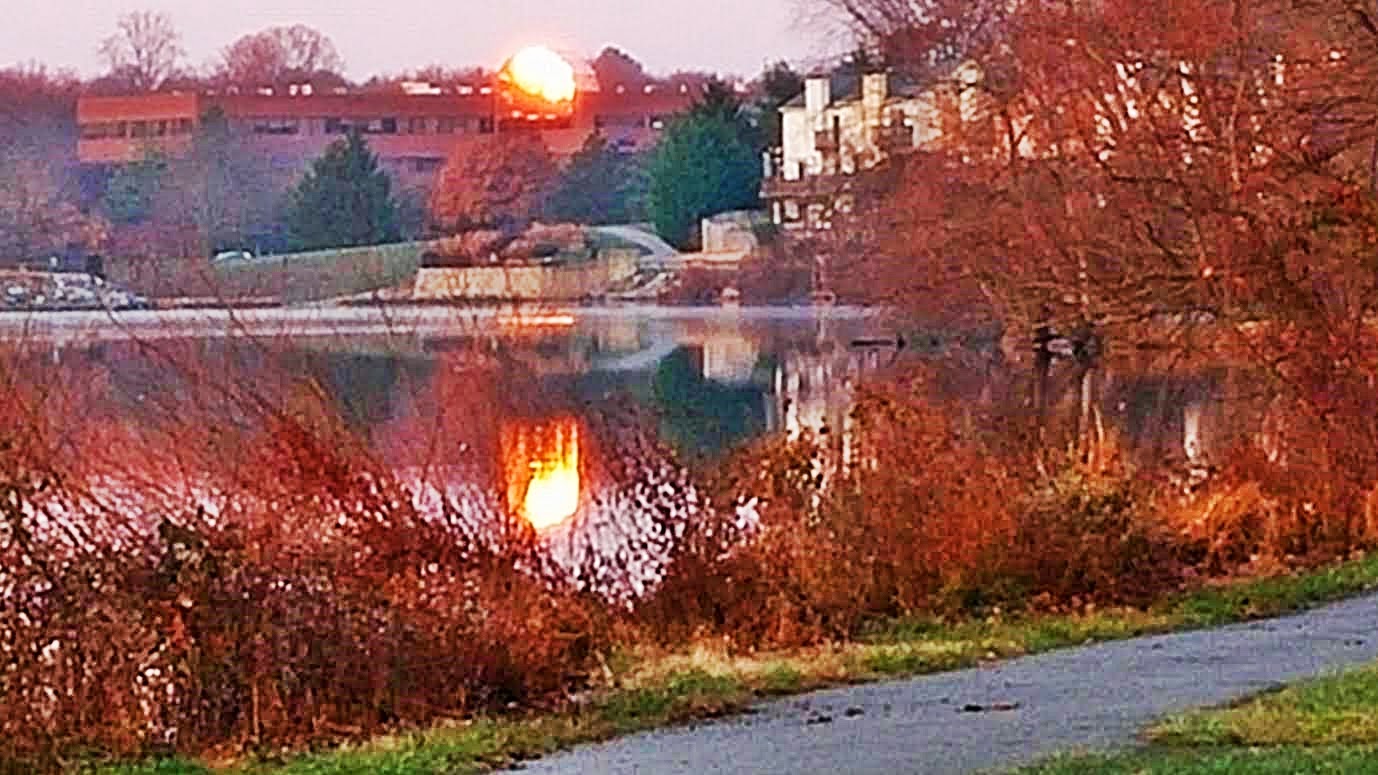 It looks like a rising sun in the West. 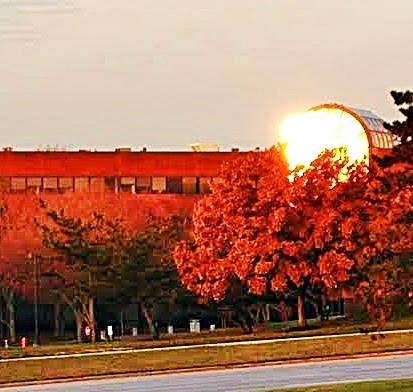 The angle of the sunrise hits this building like this only a few days during December.  I never see it any other time of the year.  These pictures were taken at 7:20 am just as the sun was rising in the East. 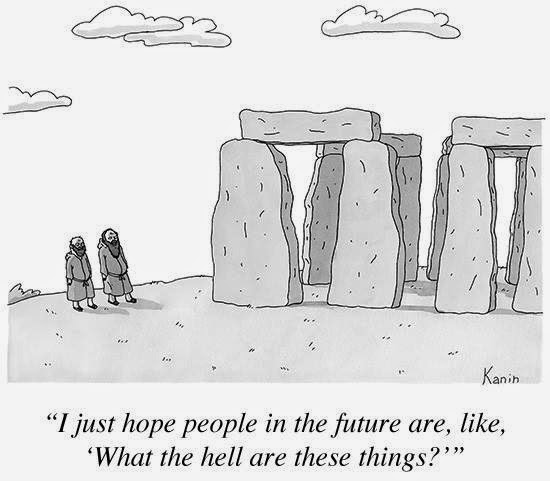 #hocoblogs
Posted by duanestclair at 6:29 AM