Maryland does poorly signing up the uninsured 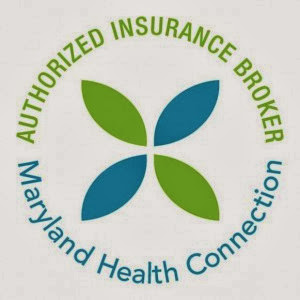 With the resignation of the head of Maryland's health care program to enroll Marylanders in the Affordable Health Care program I thought I would look at why it has gone so poorly in our State.  Of all 11 states that designed their own sites Maryland ranks last in the success to enroll people.  This embarrassment will undoubtedly become a political football in our upcoming elections.

Governor O'Malley was one of the strongest supporters of the new legislation and early on decided to have Maryland design our own state exchange.   He had undoubtedly hoped to have Maryland's success in enrolling Marylanders in the program would give him a talking point as he explored a run for President in 2016.  Unfortunately for the Governor just the opposite has happened.  The political finger pointing is only just beginning.  Look for hearings in the upcoming legislative session to be unpleasant for the administration.

So what went wrong?  Part of the answer is that the Federal regulations were not written soon enough for states to begin writing code for the exchanges.  Some have speculated that the Obama administration didn't want to give Republicans ammunition to use in the 2012 mid term elections.  This delay has proven to be an impediment to both the federal and Maryland sites.  Neither had the time to adequately test out the systems.  But other states that have successfully launched their state exchanges had this same issue so why have they been more successful?  It seems to go back to that old phrase "KISS" or "Keep It Simple Stupid."

As with the federal website, Maryland apparently contracted important parts of the website development to outside contractors and didn't have sufficient oversight in the development and testing of the site before launch.  Testing that should have occurred with each step of development of the website apparently didn't happen because of the short timeframe for launch.  The debugging of a website program is difficult enough at each stage of development let alone when it is supposed to be a final product.  When you find one bug and correct it you find others that have been hidden by the first bug.  If you have ever debugged a program you know that it is easier to debug a program going forward then backwards.  It is probably the reason the program has been so slow in improving.

Fancy graphics and requiring potential enrollees to set up an account before shopping for a plan have prevented the federal and Maryland sites from working well.  This is in contrast to the most successful site in Kentucky.  Kentucky minimized graphics in their state site because they knew that many Kentuckians still had dial up internet connections.  Can you believe it-----the lack of high speed internet connections was a good thing in the success of their site.  Maryland might be proud of our highly educated population and our advanced use of high speed internet connections but in this situation it worked to our disadvantage.  Kentucky also wrote their site to be read at a sixth grade level--again simplicity.

Finally the Kentucky site allowed people to view the possible health plans without setting up an account.  This helped with its success because setting up an account requires a link to federal agencies to verify citizenship and income and this created problems with speed and error messages.  The original thought of requiring setting up an account was to show an enrollee their actual cost after the generous subsidies.  This required verification through the IRS database that became problematic.  There was concern that enrollees would be discouraged from joining if they didn't see their actual cost after subsidy.  Determining subsidy amount without having to access the IRS sight proved to be a winner in Kentucky's successful enrollment.


Posted by duanestclair at 5:37 AM