Today I am diverting in my blog to something that has fascinated me since my college days.  On my recent trip to New York I was reminded of a form of architecture that I came to appreciate in college.  Readers of this blog maybe surprised to learn that I started in college to be an architect.  Building design seemed to be a creative outlet to pursue as a career.  As with many students my exposure to other career paths led me in a different direction but my fascination with architecture has always remained. 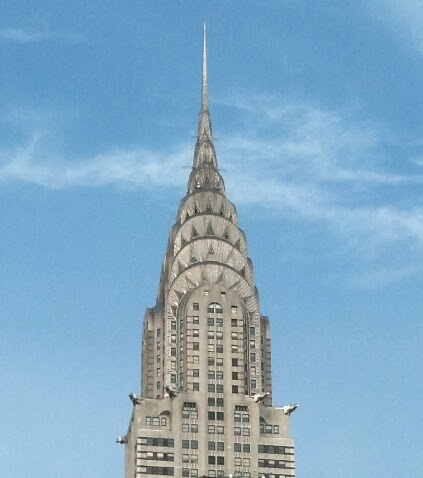 One of my college instructors in design gave us an assignment to pick out an architectural style that we liked and turn in an extensive report about the style that explained its unique character and popularity.  I chose art deco style and came to love this style. The photo of the top of the Chrysler Building in New York shown above is one of the most well known form of this architectural style.  This style of architecture became popular after World War I and remained popular through the 1940's but then died out.  It had many themes of the industrial age in the United States.  Machinery was a common theme as shown in the wall sculptures at Rockefeller Center shown below. 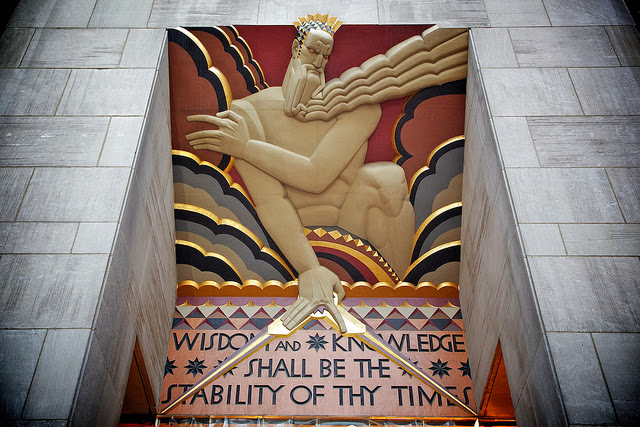 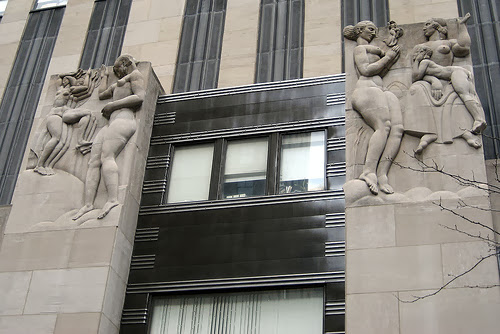 The other popular area to see this architectural design is in South Beach Miami where many of the buildings were built in the 1930's.  The building below shows the curved lines of this building style. 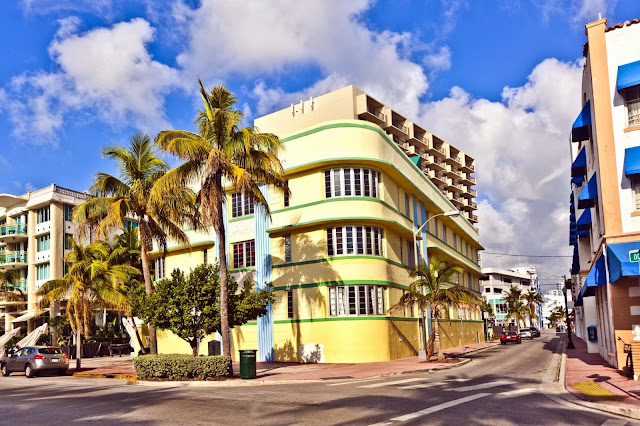 This curved and rounded style was also seen in 1930's car design as the example below shows. 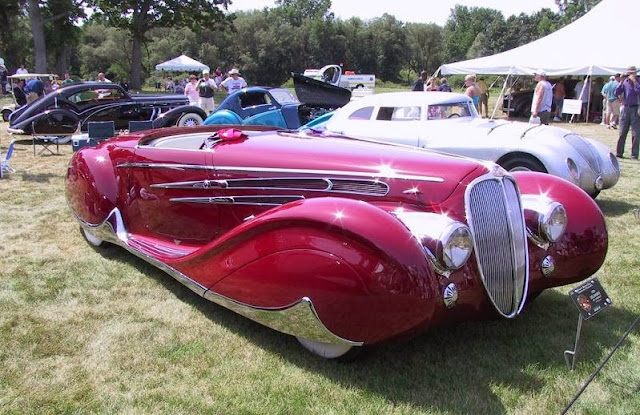 The design of many of the buildings at the 1939 Worlds Fair in New York adopted the features of this style of design.  Below is from that Fair. 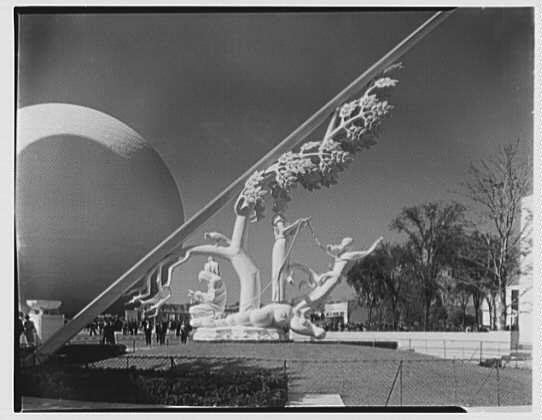 Finally the design of diners, which became popular in the 1930's, reflect the art deco style. 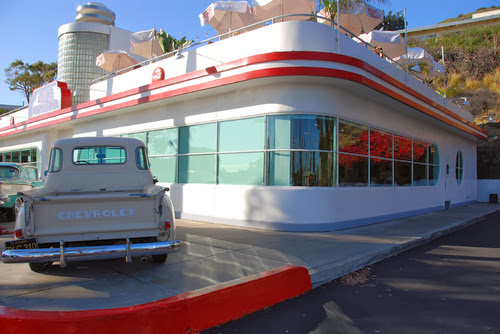 Wouldn't a building in downtown Columbia in this style be a nice change from the glass towers that seem to the only style we have in modern building construction?
Posted by duanestclair at 4:15 AM