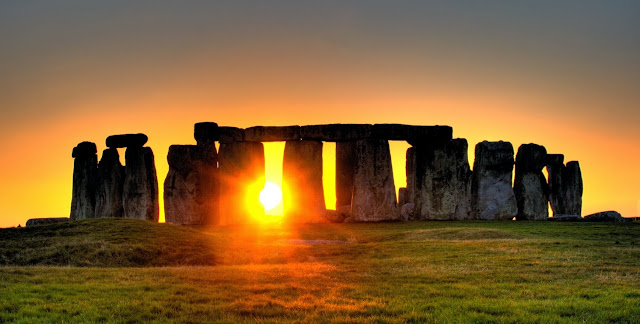 We have all heard of Stonehenge and the many theories of why it was built. The most popular has to do with the stone formations as some type of celebration of the seasonal equinox and solstice. The phenomena with the sun shining in brilliant manners one day a year can be seen in many places. 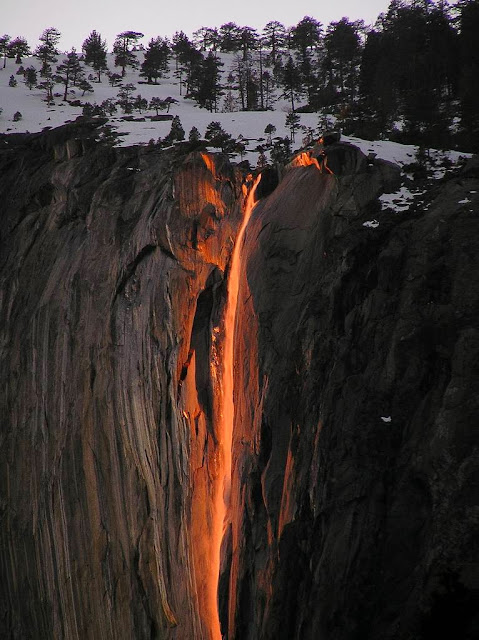 The picture above of the Horsetail Falls in Yosemite shows that it glows once a year as if it is on fire.

Once a year in White Plains New York the sun is just right to make the railroad tracks glow.

Last week as I was running around Lake Elkhorn I thought I saw the sun rising in the west and it took me a few seconds to realize it was the sun reflecting off the top part of a glass entrance to a building off Brokenland Parkway. It was glowing just like the sun. It made me think of all the other objects, like Stonehenge, that do something amazing just a few times each year.
Yesterday morning I tried to get a picture of this but the sunrise was delayed with some clouds around the horizon so the angle of the sun must not have been right to get the same effect. The effect maybe a rare thing that only happens at certain times of the year.
But I did get an interesting photo of the building shown below. 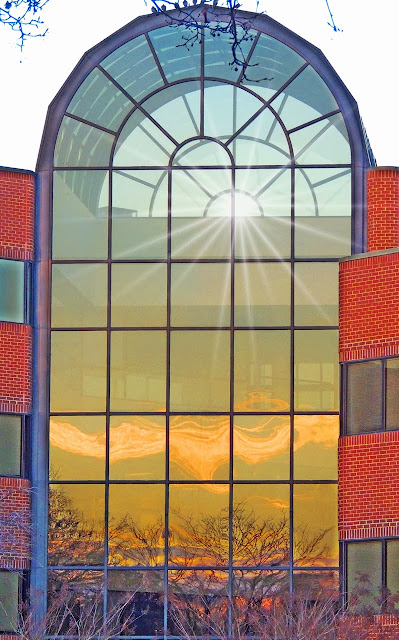 P.S.
If you are interested in becoming a Host Family to an International student during the Summer of 2014 there will be an Open House on Sunday January 26th at the Owen Brown Community Center from 2-5 pm. Stop by to find out more about a very exciting opportunity to help a student attend UMBC - to learn English - and to visit the United States and learn more about our nation.

hocoblogs@@@
Posted by duanestclair at 4:43 AM