What will Columbia become in the next 50 years?

On Tuesday I attended the opening of the Columbia Archives exhibit on how the Rouse Company went about securing the land to develop Columbia.  That process started fifty years ago in 1962.  At the time Howard County was mostly a rural county with a  population of about 30,000 caught between two large metropolitan areas.  How times have changed.  We now have a population closing in on 300,000, over ten times as large. We have become one of the wealthiest counties in the country and make many "Best of" listings.
In reading the minutes of the planning groups, which Rouse brought together to plan the new city, you can't help but notice how different today's realities are from the ones in the early 1960's.  Fifty years ago the county had a mostly homogeneous white population with a small African American population that faced discrimination in many ways in the County.  When the plans for diversity of the Columbia population was discussed then it referred to integration of the races.  Today diversity is mostly about integration of foreign born populations.  Back then there was discussion of Columbia women as primarily stay at home mothers and how the community could support the needs of these moms and help then transition once this role ended.  Today Columbia mothers may stay at home for short periods of time but most are in the workforce while raising children.  Not surprisingly in the early 1960's most of these planning groups were made up of white men.  It would have been hard to find any women in any role in the first 10 years of Columbia's development.
Over the next 5 years leading up to 2107 and the 50th anniversary of the first residents moving into Columbia the Archives will be celebrating and documenting other parts of the establishment of Columbia.  It will be interested to reflect on how our town (city?) developed.  This experiment in planning a community was what drew many of us to Columbia.  But in thinking about how we got here I couldn't help but think of how Columbia will grow in the next 50 years.  I know we will see the effort to have an expanded "downtown" and increased commercial development.  But without the vision created by Jim Rouse and the Rouse Company I am not sure how the issues of affordable housing and encouraging diversity in all forms will occur.  I can hear many of you saying that I am just one of those old timers who is stuck in an outdated position of thinking that nothing positive has happened in our community since the death of Jim Rouse.  I know that if Jim Rouse was developing Columbia today it would be significantly different than the ideas of the 1960's.  I am not sure that an enclosed Columbia Mall would be the anchor of Town Center.  But I do think that the development of a "vital, dynamic community for its residents" would still be at the center of the planning process.  This aspect of the planning for our community was brought home to me a few years back when I heard a housing developer for a development along Route 1 taking about how the development was developed with the residents in mind.  It wasn't going to be just a normal housing development but one that had many ways for its resident to interact with each other.  The only problem was that sideways were not in the plans. To get from one residential area to another you would have to walk on the streets or the parking areas.  It didn't seem if the planning process had included anyone outside the developer's company.
I couldn't help but leave the Archives open house thinking that the next 50 years might be less visionary in defining Columbia as an unique community and that we might look more like any other upper income suburban community in this Country.  Will there be a developer interested in building affordable "starter" homes and not just mini mansions?  Will "walkability" be a goal along with greater density?  Will a drive through Columbia look different than a drive through any other city with 100,000 population?  What will define Columbia as being different?

P.S.
Seeing the Horizon Foundation dumping sand, representing sugar, in the parking lot of a local school I am glad they didn't choose to represent another common sweetener-- corn syrup.  Not sure if the Columbia Association could have found a use for that substance!

P.S. 1
From a new progressive effort in Maryland:

Get Money Out – Maryland ,   www.GetMoneyOutMD.org,    is a new group of people fighting, in Maryland, for an amendment to the U.S. Constitution overturning the ‘Citizens United’ supreme court decision.  We are also considering related strategies such as The American Anti-Corruption Act, which has been written not by legislators but by citizens, with a quarter of a million ‘citizen co-sponsors’ thus far. We are inspired by national organizations such as Free Speech For People, Move to Amend, Public Citizen, Inc.,  Rootstrikers.org, Wolf-Pac.com, etc.

This will be both an informational and planning meeting.  We need your input. 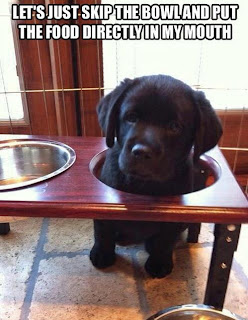 Posted by duanestclair at 4:33 AM