Will this be your camera in the future? 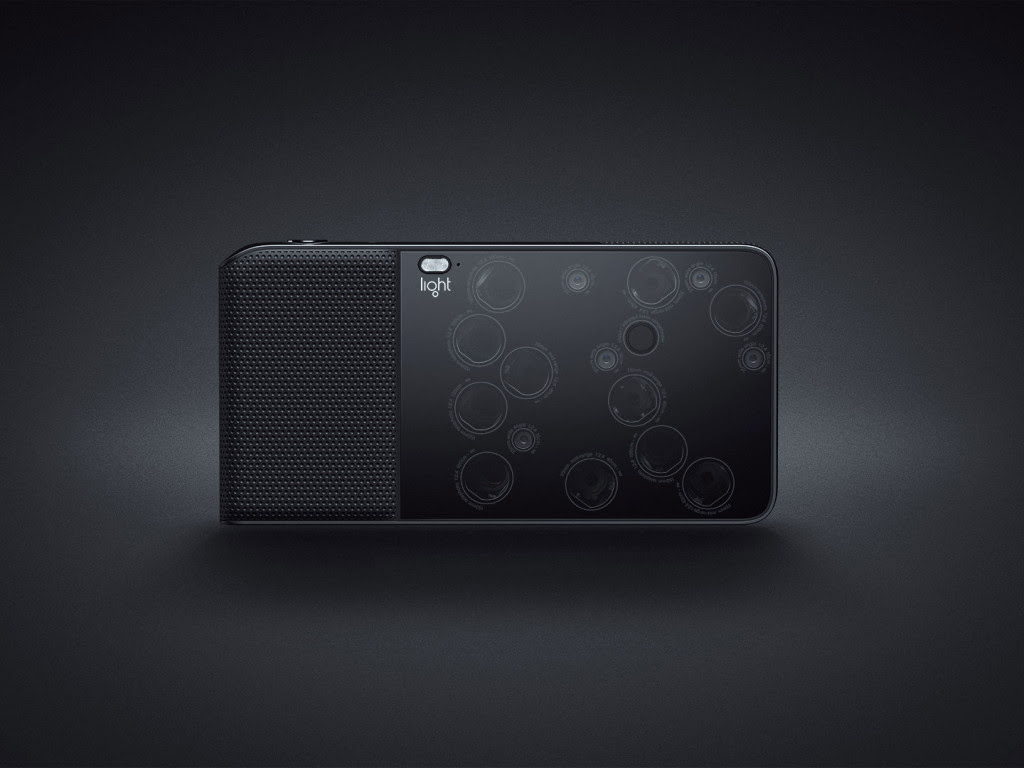 The latest in camera development is to get the quality of a 35 mm DSLR camera in a camera that is easier to carry around and use.  Anyone who has had a 35 mm DSLR camera knows that other cameras don't take pictures anywhere near what a DSLR camera can take.  The only problem is that these cameras are bulky and take a number of lenses to get the pictures you want.  I probably take more pictures with my smart phone than I do with my 35 mm camera.
Pictured above is a camera called the Light 16 which has 16 lens and is the size of a smartphone and can easily be carried in a pocket.  I am not exactly sure of how all the technology of this phone works but the 16 lens seem to be another way to get the multiple lens that are presently built into a 35 mm camera.  Not all the lens are used with all photographs.  Software used with the camera will produce the high quality photo that this camera can produce.  Once again software seems to have the ability to greatly improve what hardware can do.
Now the bad news.  This camera will cost $1700.  It can be preordered for $1300. Sometimes preorders are used to produce some revenue for final production costs.  Not exactly a cost that most of us will spend to have this camera.  As production and sales increase the cost will undoubtedly fall.  I hope that some of this technology will eventually find its way into our smartphone cameras.  Smartphone cameras are getting better but most still leave a lot to be desired.

"The San Bernardino shooting is the 355th mass shooting this year, according to a mass shooting tracker maintained by the Guns Are Cool subreddit. The Reddit tracker defines mass shootings as incidents in which four or more people, including the gunman, are killed or injured by gunfire.

[The simple reason why the shootings won’t stop]
The Mass Shooting Tracker is different from other shooting databases in that it uses a broader definition of mass shooting — the old FBI definition focused on four or more people killed as part of a single shooting."

Posted by duanestclair at 4:48 AM