There is never a bad time to walk along New York City's High Line.  This elevated linear park walkway was created from an old elevated train line on the West Side of New York. 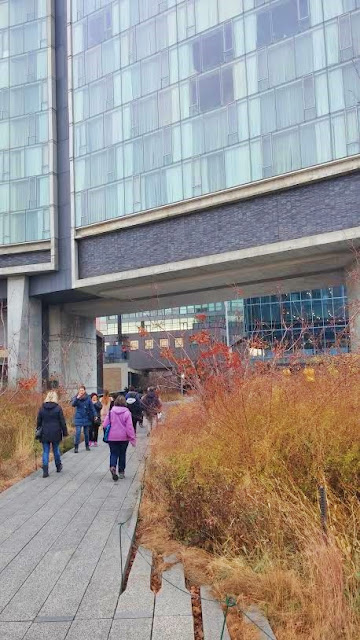 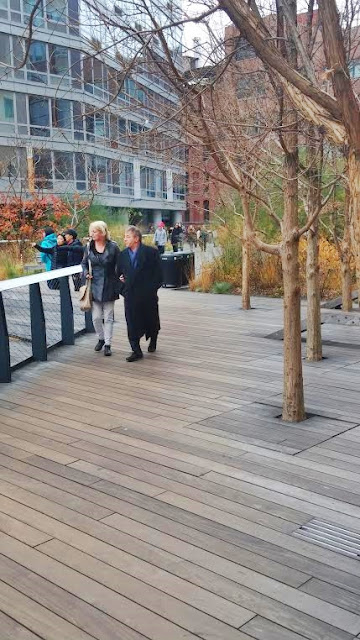 Even as we approached Winter last week the plants made this a place to see the Winter color. 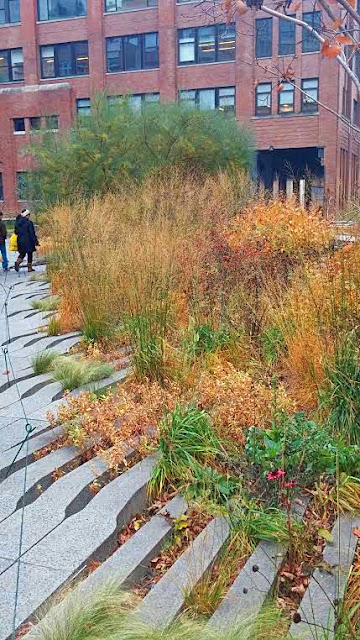 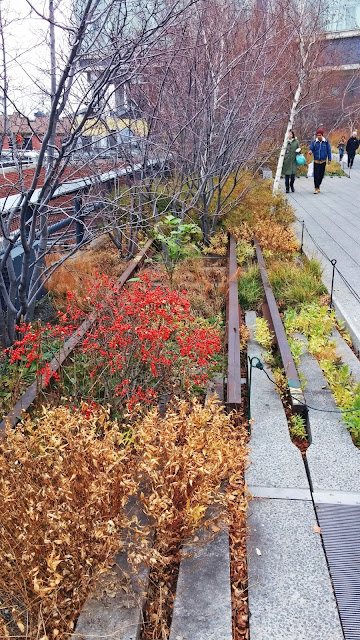 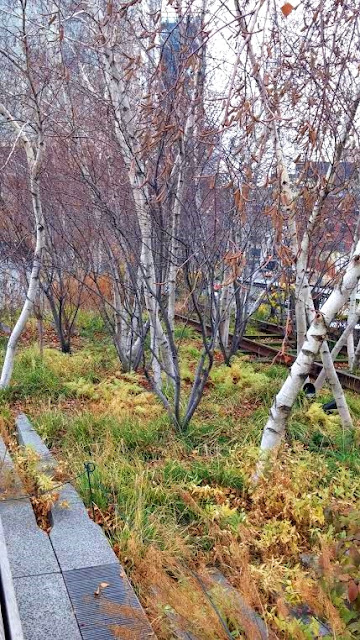 And even the occasional flowers like the Asters below that grow into late Fall. 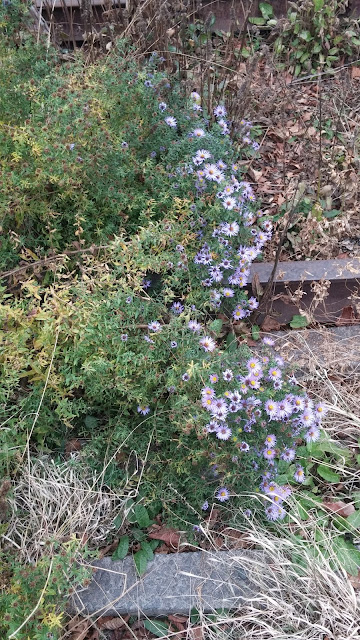 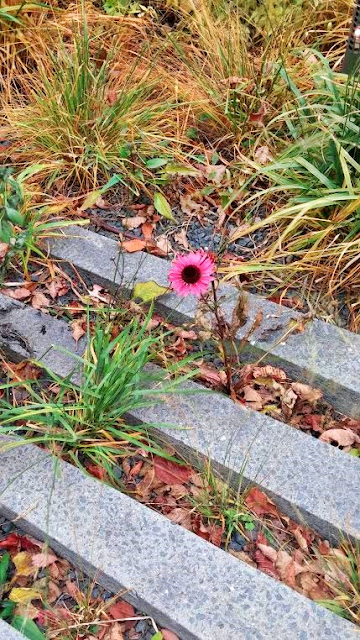 Even some of the more familiar NYC landmarks could be seen from the High Line. 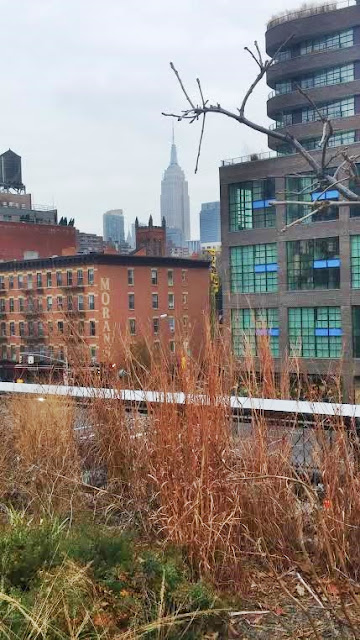 Artist have used the sides of some of the buildings along the way for artwork. 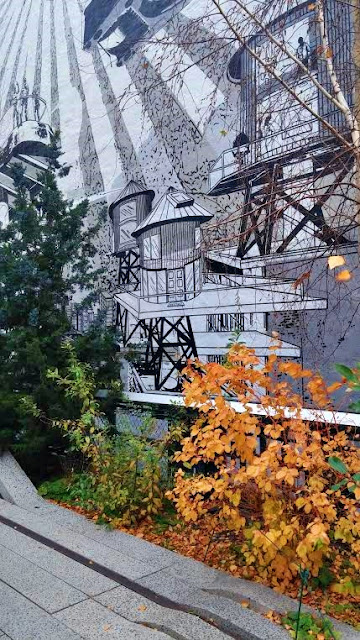 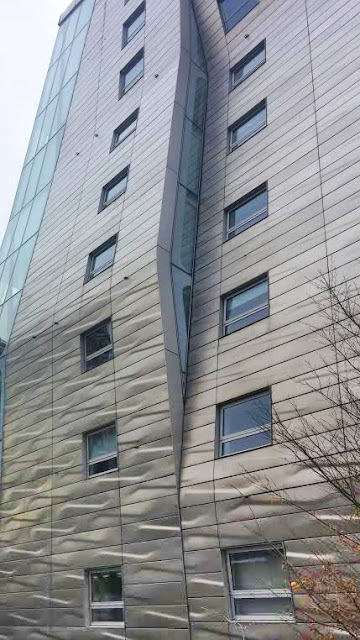 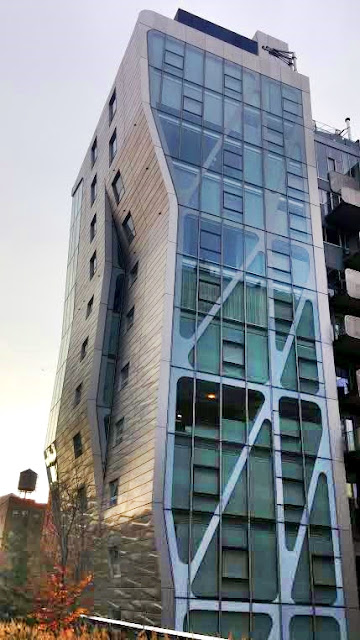 One of the more notable changes that is happening along the Line is the construction boom going on in this part of NYC's Chelsea area.  Many times a feature like a park, in this case a linear park, can have on housing and commercial development.  Many of the rental housing alone the Line advertised on their buildings the advantages of living near this park. 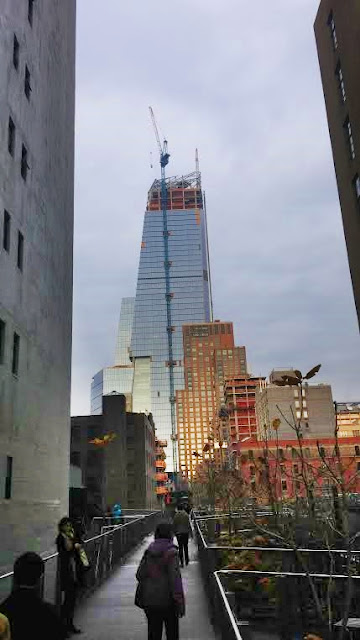 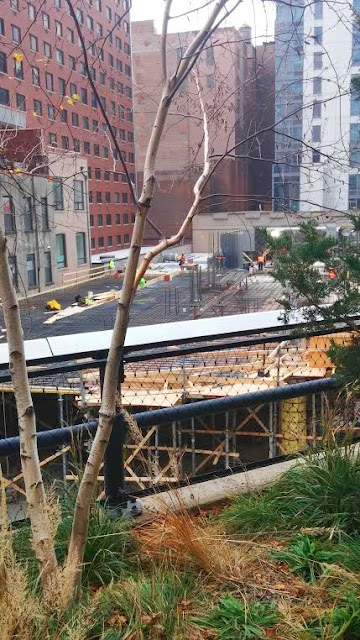 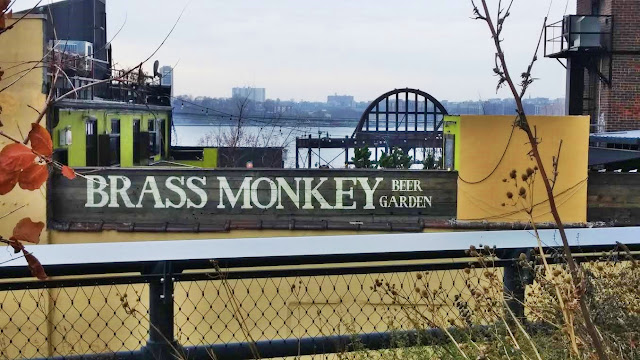 At one end of the Line the walkway goes along the area of the train station. 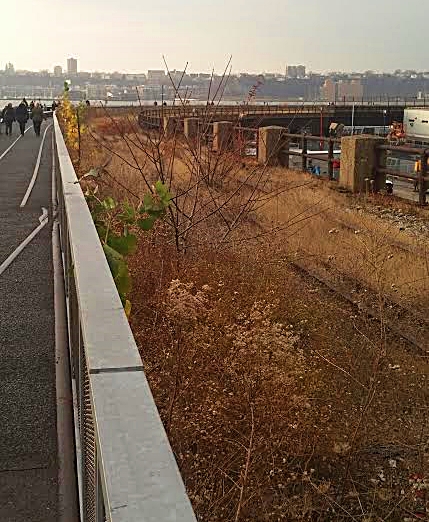 The trains actually go under the walkway. 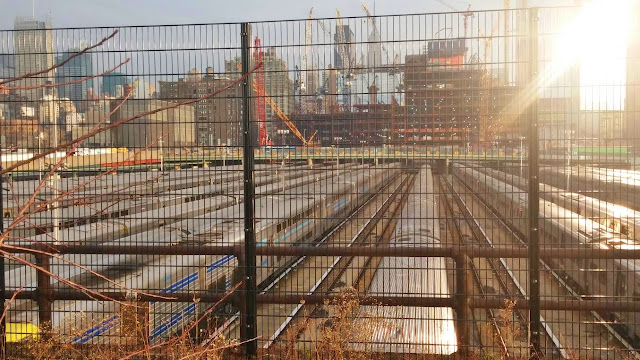 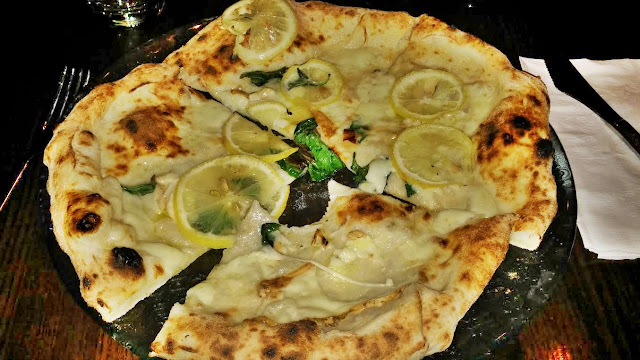 What visit to NYC would be complete with out trying a new pizza?  Here is a pic of the lemon smoked mozzarella pizza at Don Antonio's.

P.S. 1
Some photos of the plantings from Google images at other times of the year.

Posted by duanestclair at 4:59 AM