We see signs like the ones above alerting drivers to share the road with bikers.  Bikers don't stand a chance in collisions with cars.   Now it is time for bikers to return the favor with pedestrians on our Columbia paths. 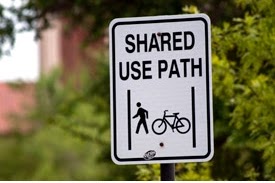 I have blogged before on aggressive bikers on Columbia's paths.  Last week I had another incident with a biker that is disturbing.  A biker went by me with no warning and brushed me with the biker's handlebars.  I had just moved to the left to avoid a hole in the path and that put me into the biker's path.  When the biker went by a walker in front of me he called out to the biker that they had passed him going too fast.  The biker stopped and said "that's why they call it a 'bike' path."  Now the really surprising fact --it was a young woman!  I guess I have become accustomed to guys riding aggressively on our paths but have always admired the courteousness of women bikers.
I am not sure how many of the CA employees responsible for maintaining the paths are recreational users of the paths on a regular basis.  I know that some are.  What I would suggest is that the paths can be made safer for shared use by looking at a few changes.  The first is signs that remind bikers of the shared use of the paths. 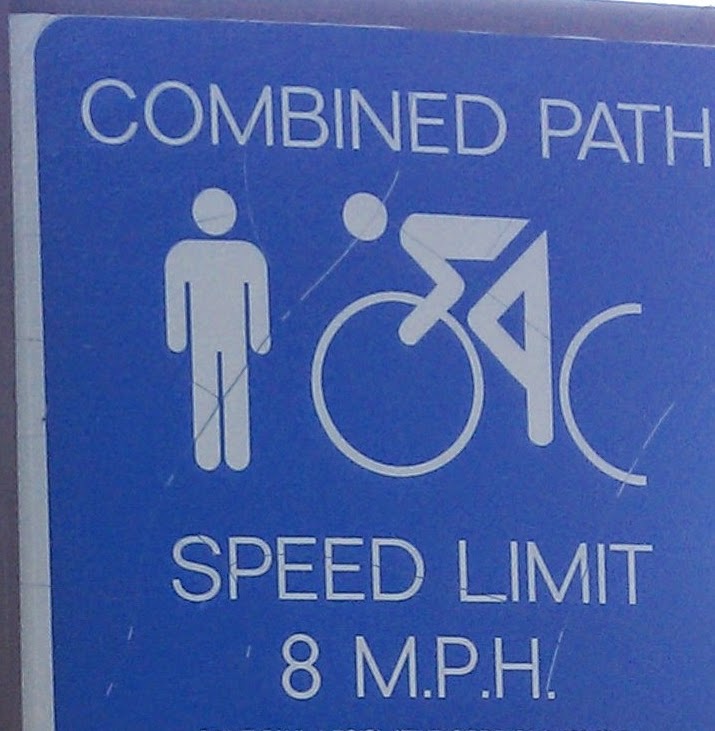 Second, some signs with speed limits for areas where there is reduced vision around blind corners like the one below. 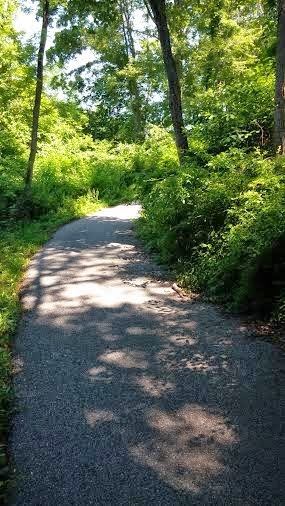 Finally, having some painted center lines on some of our wider, heavily used paths might help keep users separated. 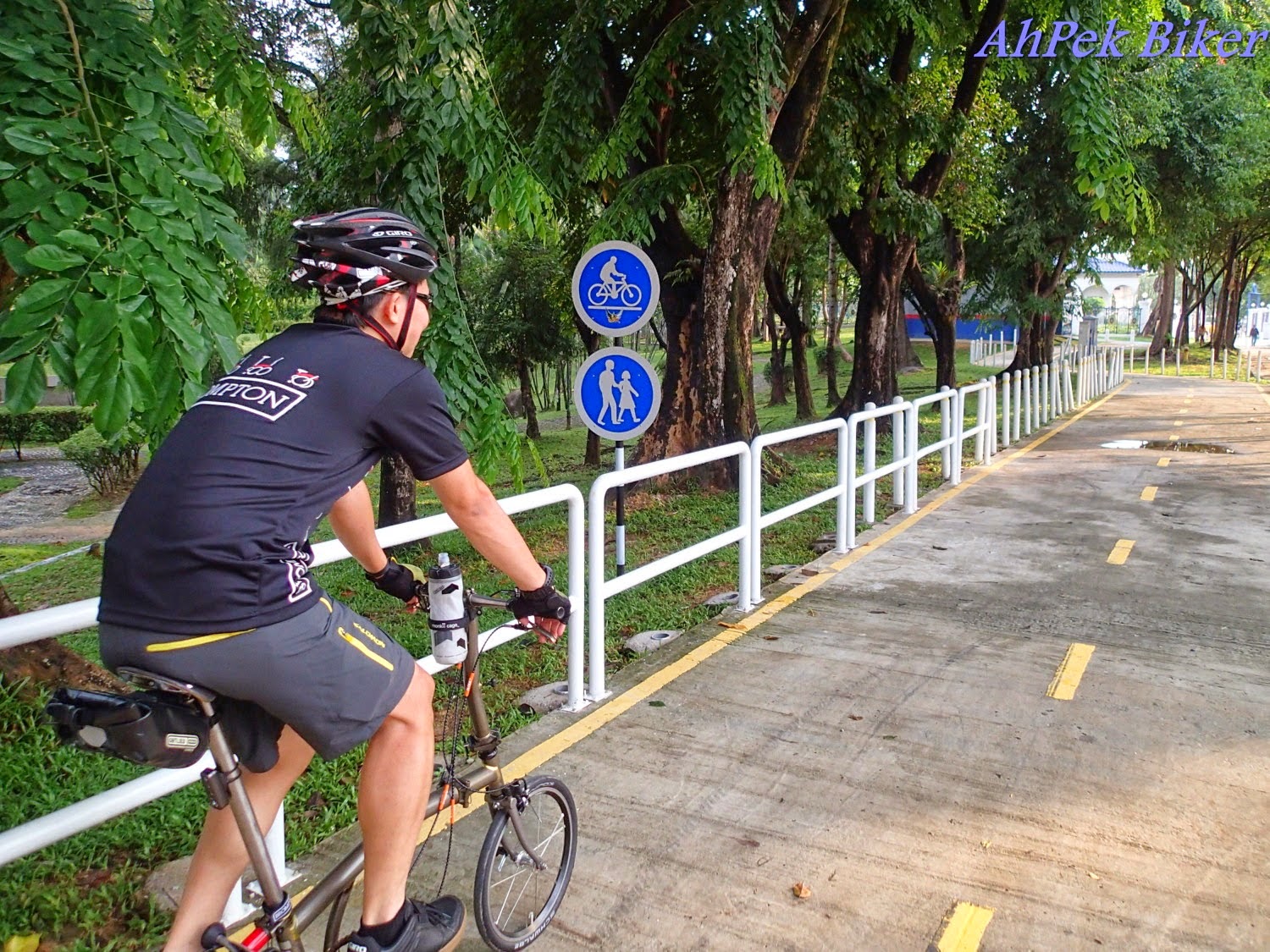 I know that no one change will necessarily make a difference but the paths should be evaluated for safety as shared use.

P.S.
One hundred years ago today World War I started when Austria declared war on Serbia.  To understand how this war started the best book is Barbara Tuchman's "Guns of August."   Well worth a summer read to see the parallels to today's world.


#hocoblogs
Posted by duanestclair at 4:39 AM