One of the nice things about having children who relocate around the US is that we get to know other parts of the country.  Having had children who have lived in Boston, Atlanta, Austin, San Francisco and Charlotte, NC we have had opportunities to see how the rest of the country compares to Columbia. 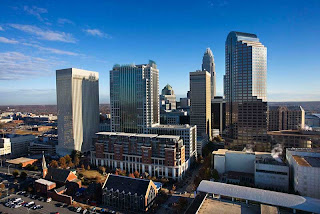 This weekend we visited our daughter in Charlotte, NC (actually Huntersville right outside Charlotte) the banking center of the South.  Bank of America (formerly NationsBank) and Wells Fargo (they bought out Wachovia) have banking centers in the city. The city is growing at 750,000 residents and is the 17th largest city in the US. This place has a part of its culture in the South and part from Northeast transplants. From the number of Red Sox banners the area must be a popular relocation area for New Englanders. 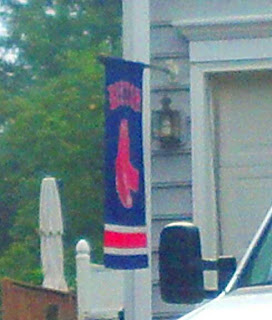 It is not hard to see why New England transplants trade their winters for the mild climate of Charlotte which allows for palm trees and flowers to grow. 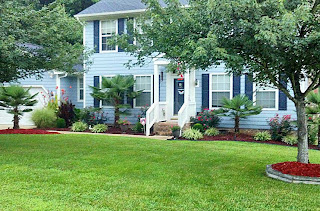 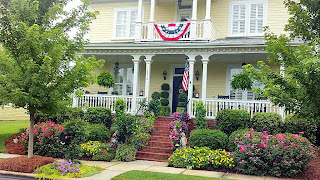 You can also find a few Maryland transplants. No surprise that they don't display any Oriole flags. 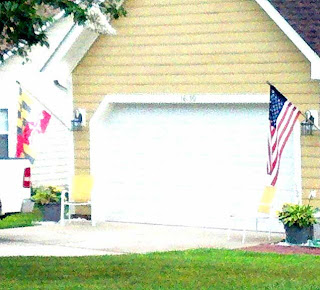 So what are some of the differences I noted?  First every other radio station is a country channel.  Thank goodness the NPR channels are in the same places on the radio dial.
The next difference is one that we should appreciate in Maryland.  Every other commercial on TV is a Romney or Obama commercial.  Literally!  North Carolina is one of those "inplay" states.  I guess those northern transplants from New England have reached a tipping point in the state.  I know that many   Marylanders feel left out of the Presidential campaign but we should be grateful our we are not bombarded with these crazy political ads.  It is interesting to note that the Obama commercials begin with Obama saying he endorses this ad but that never happens with the Romney ads as they are from the Karl Rove PAC.  The Citzens United ruling has certainly changed the political landscape.  I do wonder how these repetitive commercials move people to decide how to vote.  Are there people who need to watch the same commercial 100 times before they can make a decision??  Especially when the commercials are full of half truths and distortions?
You can still see many of aspects of the "old South" before the "Yankee invasion."  Charlotte is home to NASCAR and many of the car dealerships in the area are owned by NASCAR drivers who make their homes in the area.  Billy Graham Crusades are also headquartered here which is reflected in the area being in the heart of the Bible Belt.  What has always amazes me about the South is that every town seems to have an equal number of churches and "gentleman's" clubs.  Guns and ammo shops and cut rate cigarette stores seem to be major industries in the area.

P.S.
Of course with the homogenization of America we could still have breakfast at Panera, drink lattes at Starbucks and shop at Target and Old Navy at the Arundel Mills twin  in the area called Concord Mills ((both managed by the Simon Corporation).
Posted by duanestclair at 8:38 AM