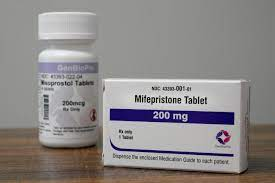 The coming abortion fight will be in red states that will try to outlaw their residents from getting the abortion pill from a doctor in a blue state in a telemedical Zoom call.   At the time of the Roe ruling abortions were done in a doctor's office.  Now the abortion pill means that is no longer the case.  Now 54% of abortions are performed by a pill.  Look for that percentage to rapidly grow because of the ruling from the Supreme Court last week.  Will red states be able to make it illegal for a woman to receive the pill in the mail from an out-of-state doctor?  How will red states prosecute a doctor in another state who prescribes an abortion pill?

Although it might now be as effective as an abortion pill, the "morning-after" pill is another easy-to-get option that red states might try to outlaw.  Women today have options to end a pregnancy that didn't exist in 1973 when Roe was decided.  The battle moving forward will be fought on different grounds than in the past.  Red states will fight a losing battle like they always try to do.  This is where we are headed.

There is hypocrisy when red-state officials talk about the options pregnant women have in their states to support them to bring a pregnancy to term.  Republicans' concern only applies to a fetus and being pro-life has always ended at birth.

Posted by duanestclair at 10:19 AM