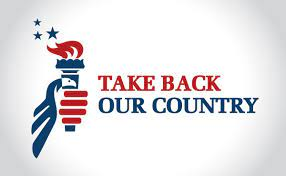 Listening to Republicans for the past 40 years about "taking our County back," it was never clear how far they wanted to go back.  We might have thought that maybe they were talking about the 1950s before the current Civil Rights legislation and the changing non-white population decrease.  But with the recent ruling of the Supreme Court on legal abortions, we know that the time they were referring to was much, much earlier.  Justice Alito's opinion makes reference to a 17th Century justice, Sir Matthew Hale, who believed that life began when the first movement of a fetus was felt by the mother.  For conservative justices, the reality that social issues like abortion were not addressed in our Constitution means that they should not be protected today.  The founders of our country had no idea of what social issues would occur in the future and thought that the amendment process could be used to address those issues.  With our divided country today we might never be able to pass any constitutional amendment that requires two-thirds votes in Congress and three-fourths votes of the states.  The divisions between the red and blue states are moving our Country in two very different directions.  How we remain one united country given this reality remains unclear in the future.

Justice Thomas remains an embarrassment to the Supreme Court.  His belief that judicial ethics should not apply to anyone who has a lifetime appointment to the Supreme Court shows a high level of arrogance. As a justice who came to the Court under a cloud of sexual misconduct his selective reading of the law to fit his political beliefs shows the Court to be a highly politicized institution undeserving of respect.  If he desires our Country to be governed by the 18th-century beliefs of our founders he should realize that only a Supreme Court ruling in 1967 in the Loving v. Virginia allowed his interracial marriage to be legal or the numerous rulings that paved the way for a black person to serve on the Supreme Court.

I don't have a date yet for the "March on Washington" to oppose the Supreme Court ruling but I predict it will be the largest march since the "Women's March" of 2017.  Maybe the largest march in history.  We may look at our divided country as a red or blue division but it is really a division between a religious country and a secular country.  Right now we have a Supreme Court that is trying to push our country in a minority religious direction. Those on the "Religious Right" may come to regret getting what they have fought for over the past 50 years.

Posted by duanestclair at 9:08 AM