Unicef report on the well being of children 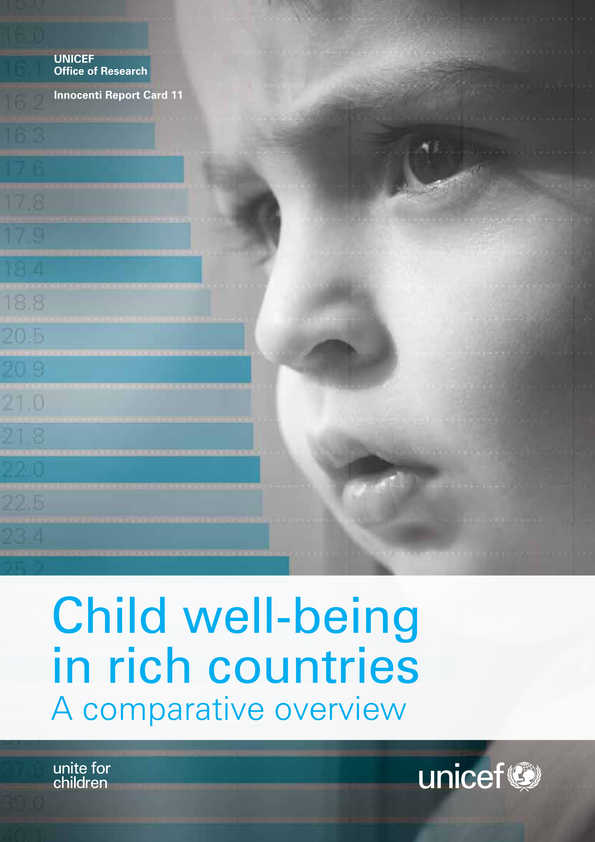 Unicef has just released its 2017 report on the well being of children around the World.  United States ranks 26th out of 29 developed countries surveyed.  Here is where we stand in five areas measured:

These countries rank above us:
Greece, Hungary, Poland and Slovenia

That's right former Communist countries and debt ridden Greece are better places for children than wealthy United States.   What are the top countries in the report?  No surprise it is the social democracies of Scandinavia and the Netherlands.  Seems that putting you tax dollars into health care and social programs works better for children than building more weapons.


Posted by duanestclair at 5:08 AM

The worst seven letter dirty word?.... POVERTY. We don't quite live in a true democracy, because if we did, the government would be looking out for it's citizens instead of business interests and keeping the wealthy at the top of the social ladder. It's a shame!