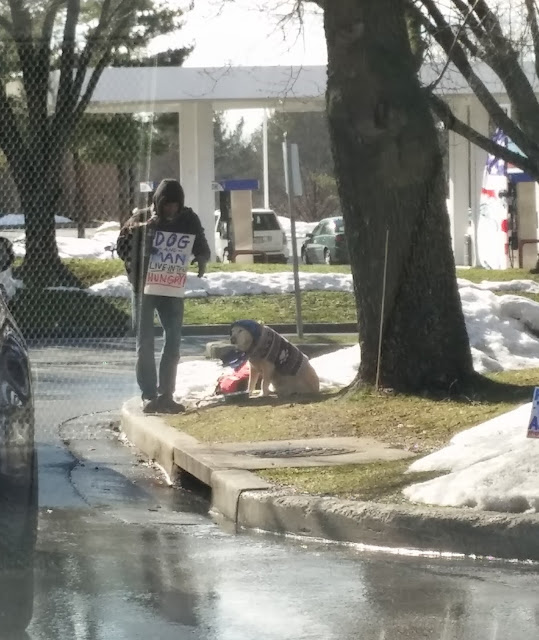 It is becoming increasing common in Columbia to see people panhandling.  What used to only be a sight in Baltimore City has long since moved to suburban communities such as Columbia.  Most of us non panhandlers are unsure how to respond to the panhandlers showing up at our local shopping centers.  Surprisingly many of the panhandlers we see locally are women and often young.  Not exactly what you see in Baltimore.  The young man shown above uses a dog with a bandanna around his head to motivate the animal lovers to give.  We may not be as concerned about the motives of the young man but how could we overlook a dog? 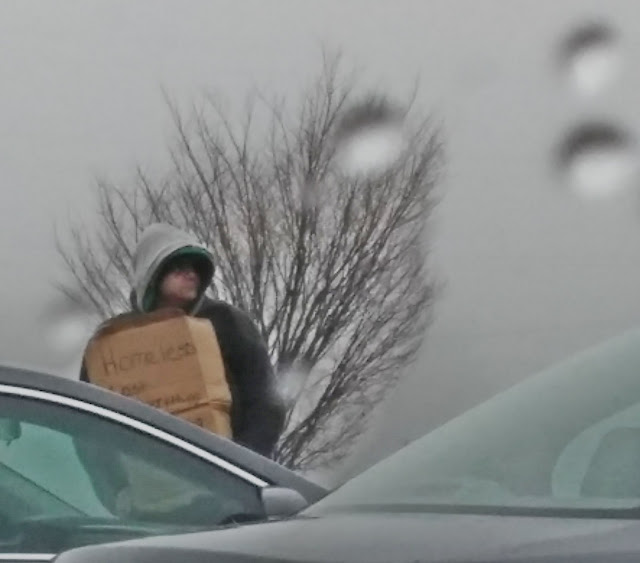 So the questions of giving to any of the panhandlers are they homeless and do they use the money given to feed an addiction?  According to a U. S. Department of Justice study " most panhandlers have places to live, and most homeless people do not panhandle."
But what about a truly needy panhandler?  “Every study around says that cash handouts don’t help, says Linda Kaufman, Field Organizer of 100,000 Homes. A better way of responding to this issue in Howard County is to give a donation to Grassroots or Bridges to Housing Stability rather than giving to our local panhandlers.

Posted by duanestclair at 6:06 AM

Better yet, engage the panhandler in conversation AND contribute to your local charity. These folks all have amazing stories; count yourself gifted if they choose to share it with you. And reaching out is far more valuable, I say, than some shekels.