This week the Baltimore Sun, the Columbia Patch and some TV stations reported on the Howard County Police creating a "Pathway Patrol."    Above a photo from the Columbia Patch shows two of the patrol officers in this new patrol.  With our extensive County pathway system unfortunately create environments for activity that is detrimental to the communities near the paths.   It doesn't take long to see some of the destruction of property such as broken signs and graffiti along our paths like shown below. 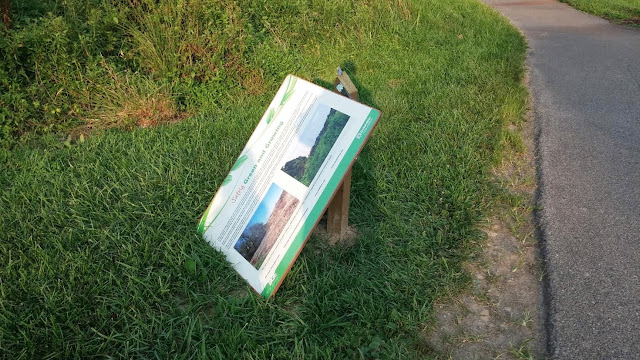 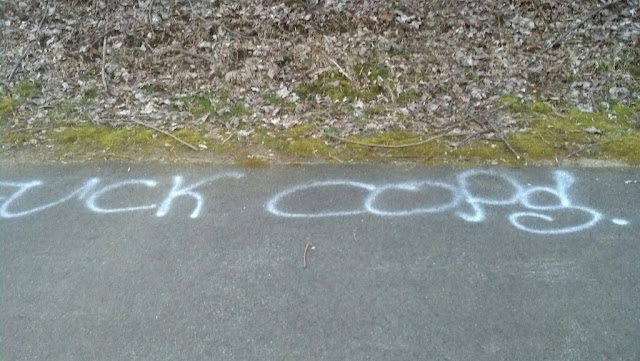 Obviously this type of activity is minor compared to assaults and thefts that may also take advantage of the isolation that some of our paths provide.   The presence of police along the paths will be a sign to potential troublemakers that the paths are not a place for their destructive actions.


#hocoblogs
Posted by duanestclair at 4:31 AM