Probably nothing defines a community as "suburban" more than its design that depends on using a car to get around. When Columbia was designed in the late 1960's and early 1970's the road system was designed to have car traffic move around villages and eventually lead to our Town Center mall. We did have an extensive bike path system that was designed to move walkers and bikers to village centers and to local schools but how these paths led to roads with safe bike lanes was largely missing. 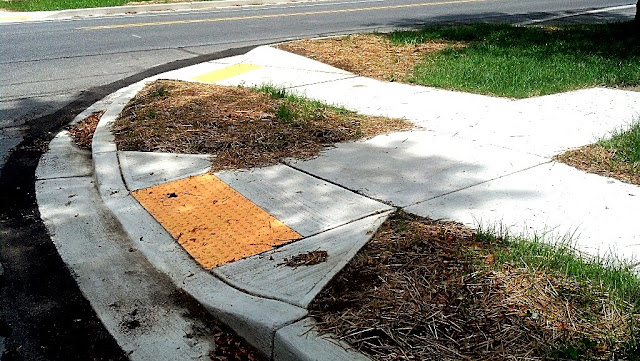 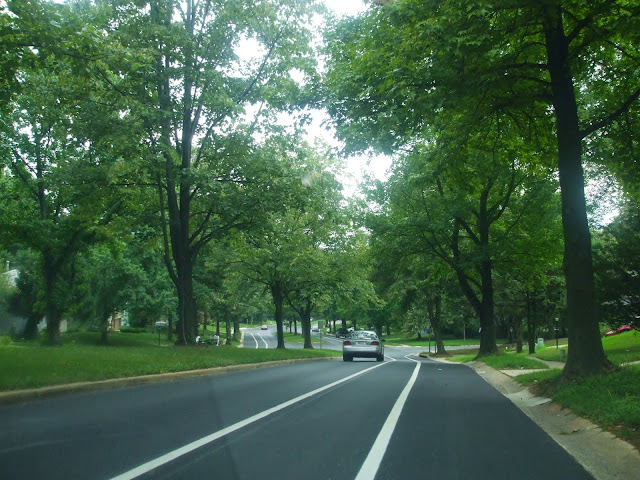 There has been improvements in this direction with curb cuts (shown above) and some beginning of painted bike lanes (shown above on Stevens Forest Road) but large gaps still exist in having Columbia become a bike friendly commuting community. The major commuting roads in Columbia such as Route 175, 29, Brokenland Parkway and Snowden Road are very unfriendly for bikers. There maybe some bike paths which bikers can use and weave around to get from place to place but the most direct roadways are only designed for auto traffic.
I recently came across an article in Time Magazine that wrote about how Copenhagen, Denmark has addressed this commuting issue. Copenhagen may differ from Columbia in many ways but the principle of providing avenues for bike commuters still has relevance for a suburban community like Columbia. 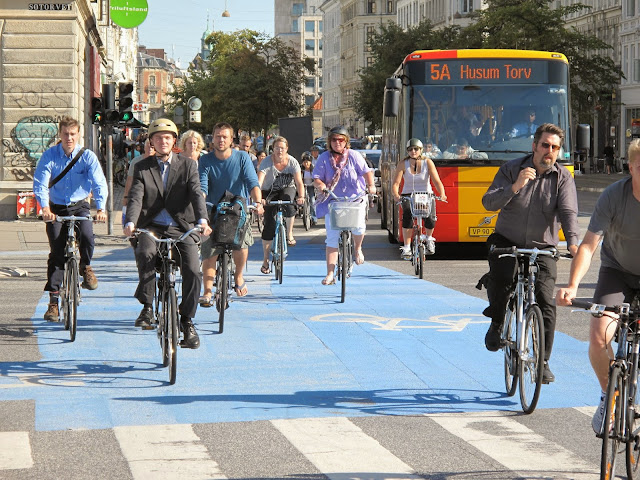 "In Copenhagen, they’ve built a four-lane bicycle “superhighway” connecting the city to nearby suburbs. It’s the first of many Danish cities to do so, and as Time Magazine reported, “cycle superhighways could increase the number of cyclists by 30 percent, adding 15,000 more cyclists to the superhighway network, saving 7000 tons of CO2 and 300 million Danish Krones in health costs per year.” 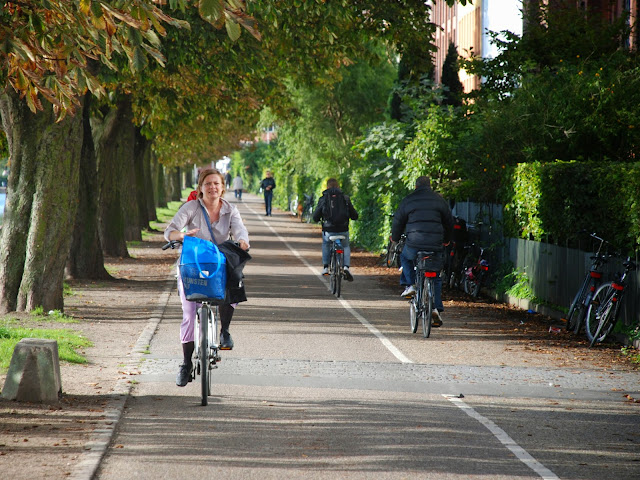 "In Mälmo, Sweden, efforts to make the city more bike-friendly have paid off handsomely – cycling has increased by 30 percent in each of the past four years, and the city is now investing in a bike highway that will connect it to the neighboring city of Lund."
We often hear about how the Town Center area needs more housing and business development to make Columbia more "urban like."  I think that making Columbia more friendly for bike commuting is also an important aspect of our development into a more urban community.


P.S.
We in the USA have a long way to go to address how to be more advanced in our thinking on commuting.  This article about a Netherlands innovation shows some "out of the box" thinking. 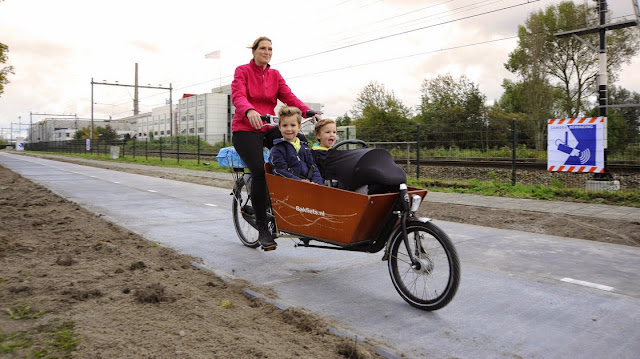 Posted by duanestclair at 5:49 AM