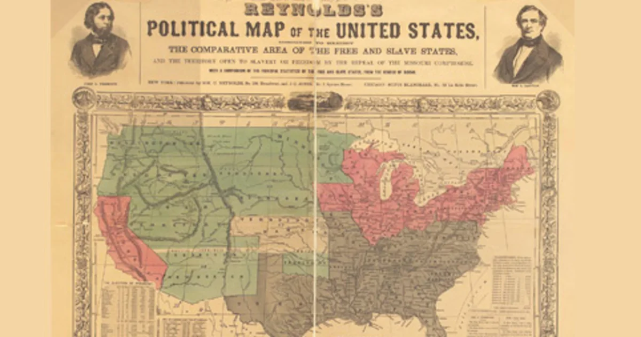 The issue of slavery in the 1850s finally came to a head after a series of compromises and measures designed to postpone the Country from coming to terms with its divided existence with regards to slavery.  Each side on the slavery issue saw their basic existence linked to the issue.  When an issue is seen in those existential terms, compromise becomes impossible.  The Civil War was the outcome when the South saw their existence threatened with the election of Abraham Lincoln. 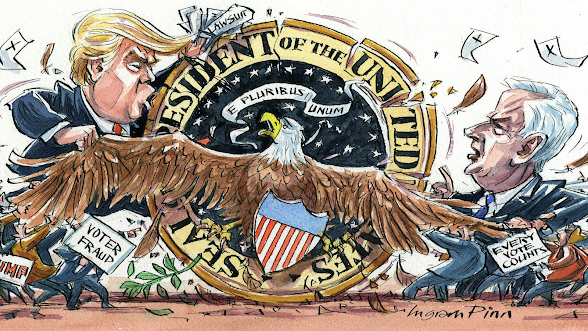 As we proceed in the early part of this decade we see a Republican party and its supporters that feel their existence as a white majority threatened by the changing demographics of our Country.  Race is once again the factor causing this division in our Country.   This intensity was stoked by their leader, Donald Trump, to attempt a violent overthrow of our government on January 6th with its attack on the US Capitol.  The Trump supporters saw themselves like the soldiers fighting the British in the Revolutionary War.  When your very existence is threatened your response is not in normal political discourse and trying to win new voters to your position but in violent actions that are far removed from democratic efforts.  Just remember that January 6th showed us that many Trump supporters are weaponized and ready for combat.  So would the election or defeat of Donald Trump in 2024 be the trigger for a new civil war?  Would the Country survive another election that had Donald Trump in it?  If the Trump supporters were willing to attack the Capitol this time with his defeat what would they be willing to do next time?  What actions would the anti-Trump faction take if he were ever elected again? Would some states seriously consider secession either way?  Trump is only the demagogue that is spearheading those who would violently respond to their threatened existence as a white majority.

After January 6th another civil war in some form in the United States is not a remote possibility as we move through the 2020s.

Posted by duanestclair at 11:08 AM