Sometimes a picture can define how a President plays their role in time of a natural disaster.  Remember the photo above of George W. only surveying the damage from Hurricane Katrina from the window of Air Force One?  His lack of connection was one of the reasons why Republicans lost control of Congress in 2006. 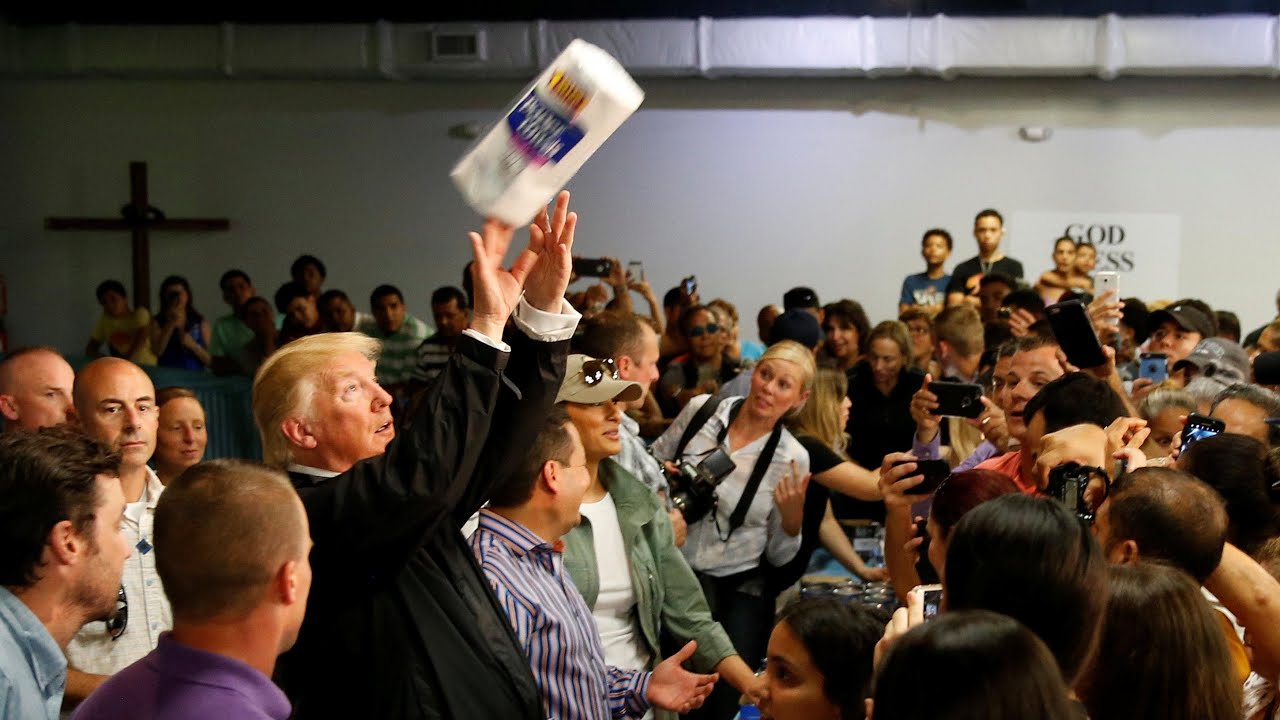 George W. has nothing on our current pretender President when it comes to callousness.  When he launched paper towels into a crowd in Puerto Rico like he was throwing t shirts at a basketball game he showed a callousness to that disaster.  Whether the Republicans pay the same political cost remains to be seen next year.
Posted by duanestclair at 5:28 AM

Where is the picture of President Obama's "Beer Summit "?

Not sure of the equivalency of bringing together 2 people to better understand each other with showing callousness to people who have experienced devastation from a hurricane.