A while back I blogged on a proposed trail connection between Lake Kittamaqundi and the  Patuxent trail that goes down to Savage.  The project is in the 2014 Howard County budget but without any County funding to have feasibility work done on the project. CA is providing $50,000 for a feasibility study. While this is at least a tentative step to hopefully moving this trail forward the lack of funding still leaves the trail's future in doubt.  While the proposed trail would be used  mostly recreational it does provide a nice bike commuter route from Savage, Kings Contrivance and Owen Brown to the Town Center area.
A couple of weeks ago I decided to walk the area of the proposed trail to get an idea of what a bike ride on the trail would look like. 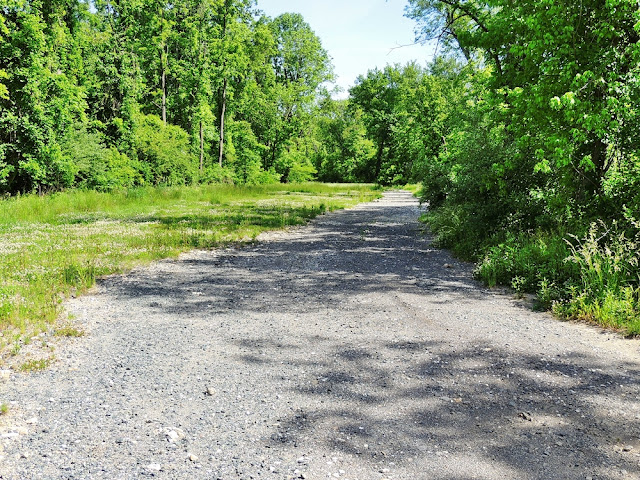 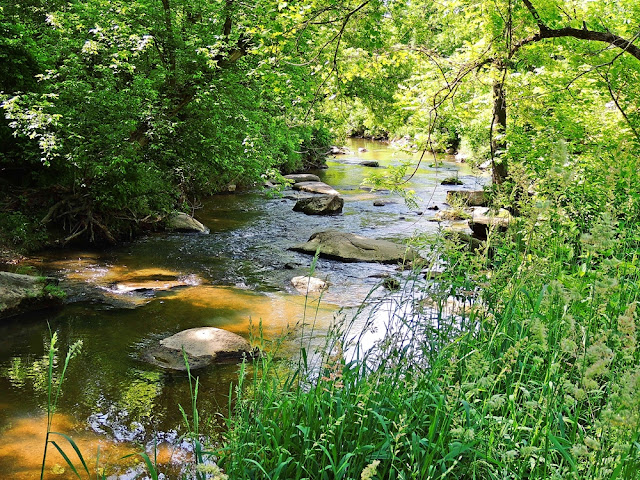 Following the Patuxent River along the trail gives this type of scenery. 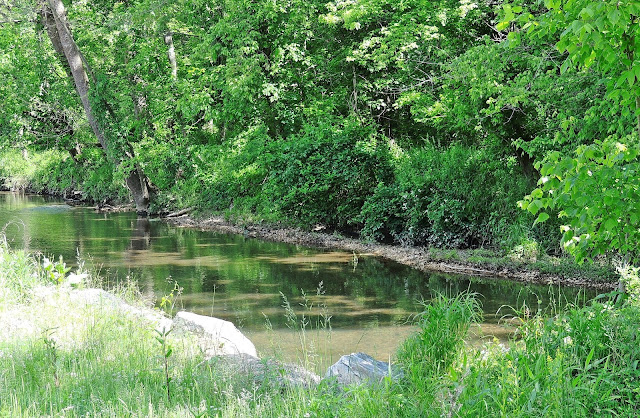 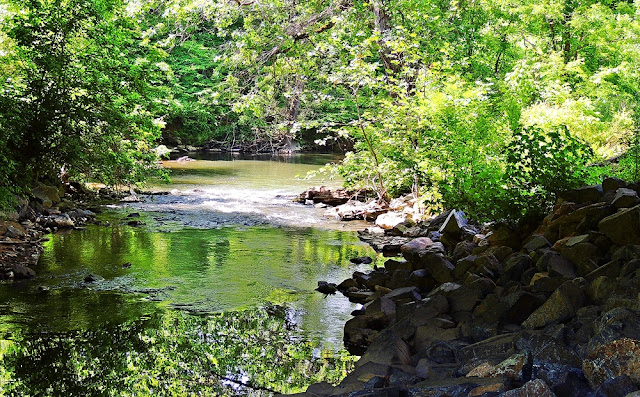 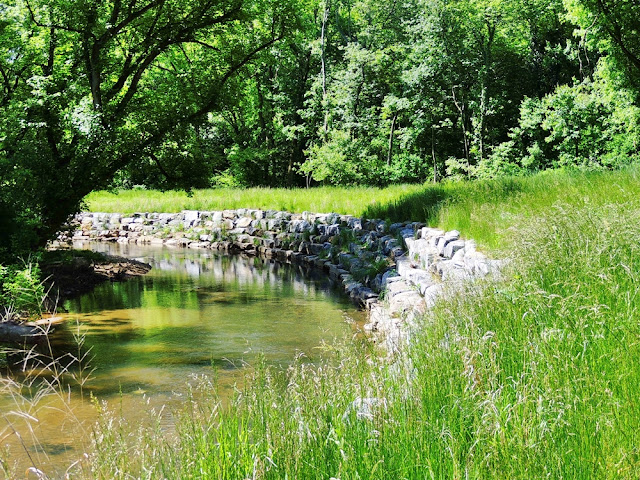 This area of the possible trail shows how the river bank was reinforced to prevent flooding and bank erosion. 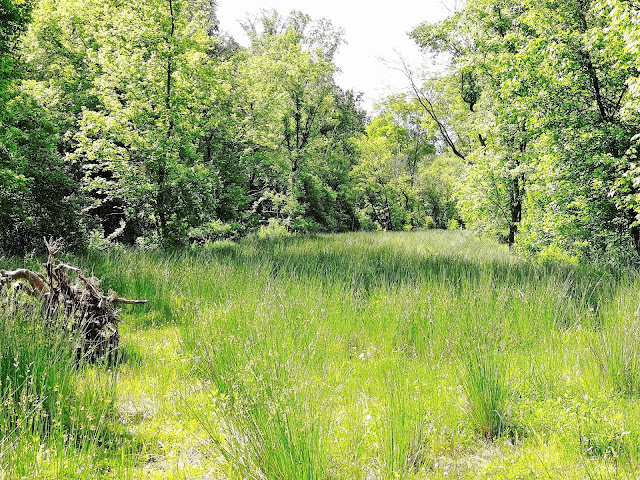 The view above sure beats the one most Columbia commuters see on their way to work.

So why wasn't the trail funded in this year's capital budget?  Mostly from opposition from some Allview residents who feel that the trail will cut into their privacy as the trail goes behind their homes.  While the number of homes impacted in this way is small the community did present a petition to the County Council in opposition to this trail.  As you can see below some Allview residents have extended their lawns and even installed a basketball hoop onto the trail area that is owned by the County. 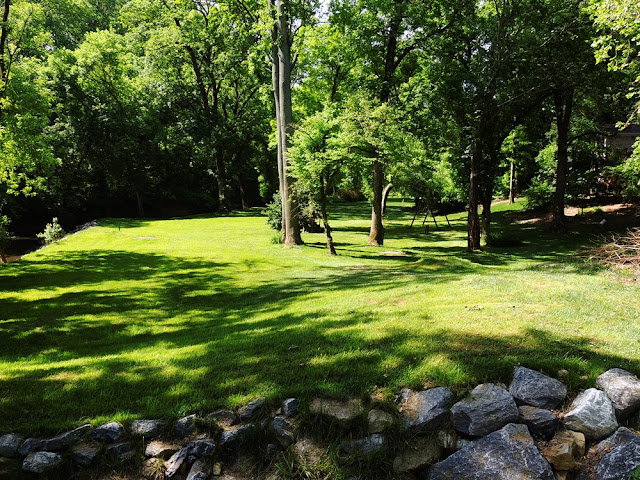 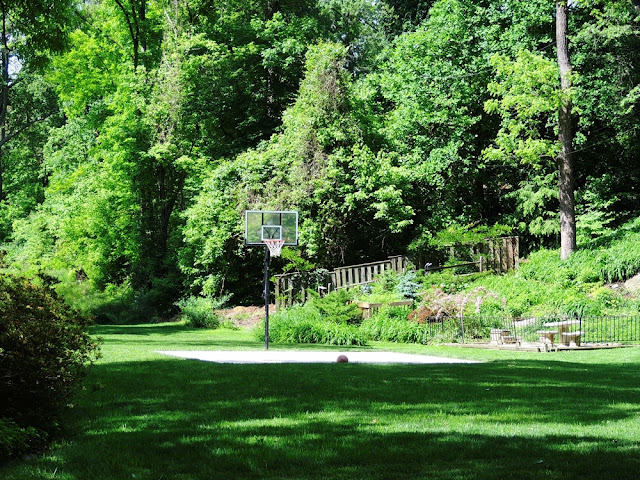 Posted by duanestclair at 5:55 AM