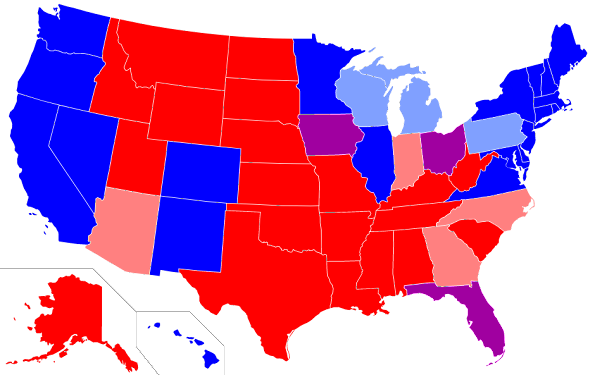 The COVID-19 pandemic has only heightened the cultural and political divide that we see in the United States that has been building for the past 50 or 60 years.  Fifty years ago there were states that could swing from one political party to another from one election to another.  Remember when California was a Republican state and the South was solidly Democrat.  The civil rights legislation of the mid-1960's reoriented our political map where conservatives became scarce in the Democrat Party and liberal Republicans became non-existent.  We saw this switch of political parties locally when conservative Democrat County Executive Hugh Nichols switched to the Republican Party in the 1980s.

If you watch Fox News and then turn to MSNBC we see news presented with a political and cultural slant.  Each channel only presents news that has a negative slant of whom they oppose.  Positive news doesn't get presented unless it reinforces your political or cultural beliefs.  Looking at the best-selling nonfiction books you can see this divide with a mixture of books written for both conservatives and liberals.  Most of us only expose ourselves to information that conforms to our view of political reality.

Nowhere is this political and cultural divide headed for a collision than the issue of abortion.  With the Supreme Court having a solid conservative majority the right to life advocates now see the opportunity to finally overturn the Roe vs. Wade decision providing a right to abortion.  This issue may not have exactly the same impact as the slavery issue had in the 1860s that caused the Civil War but I do think that a decision by the Court that takes away the right to abortion will fracture the Country in ways we haven't seen since the Civil War.

One factor that is different from the time of the Civil War is that the states that are liberal and those that are conservative are not geographically contiguous.  Liberal states are located on the West Coast and the Northeast with a couple of Midwestern states. The conservative part of the country is the South and rural parts of the middle of the country.  Our divisions don't neatly fit in the same north/south geography as happened with the slavery issue in Civil War times.

So how will our present divisions play out in the future?  I would assume that we will see more state coalitions formed on different political issues.  Liberals and conservative states will look to interstate compacts that will weaken the federal government being the arbiter of a national policy.  States' rights will be used for both liberals and conservatives.  We have already seen this with Northeastern states coordinating their response to Covid.  West Coast states did the same thing.  During the Trump Administration states banned together to address climate change.  The only question is when the interstate compacts become so common that the national ties among states become so weak that a national government division becomes a reality.  The only question will be if this process happens peacefully or more violently.  Maybe the January 6th attack on the Capitol is the first shot in this violent battle as the firing on Ft. Sumter was for the Civil War.

Posted by duanestclair at 7:44 PM