Amazon headquarters impact on Howard County if Baltimore is selected

So Amazon's announcement that it will be adding a second headquarters in the near future has set off a competition by many cities to be the location of this new headquarters.  With the promise of 50,000 future high paying tech jobs you can see why this announcement has been received as a bonanza for any metropolitan area.   Both Baltimore and Washington DC have begun to make plans to submit proposals for this new headquarters.  While each city is not at the top of the list for this second headquarters the impact on Howard County if either city was selected might be significant.
If the longshot bid by Baltimore was selected what impact on Howard County would there be?  This bid of using the Port Covington site for this second headquarters has the support of Governor Hogan and many elected officials in the Baltimore area.  The development of the new headquarters for Under Armour and the recent investment by Goldman Sachs is seen as an asset in Baltimore's bid.  Unfortunately for Baltimore its national image for crime and its poor school system make its bid a very long shot.  I could only imagine that if Baltimore was selected that many of the highly paid, highly educated workers would decide to commute 13 miles south Howard County to live.  Talk about increased school crowding in our County.  Also I can't imagine what that many new commuters would do for traffic congestion on route 95. 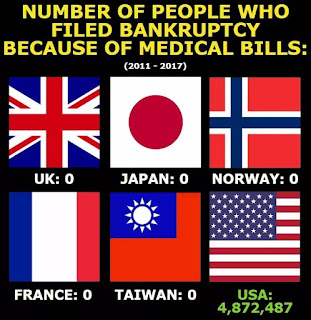 #hocoblogs
Posted by duanestclair at 5:05 AM