A lesson on culture from a rug merchant 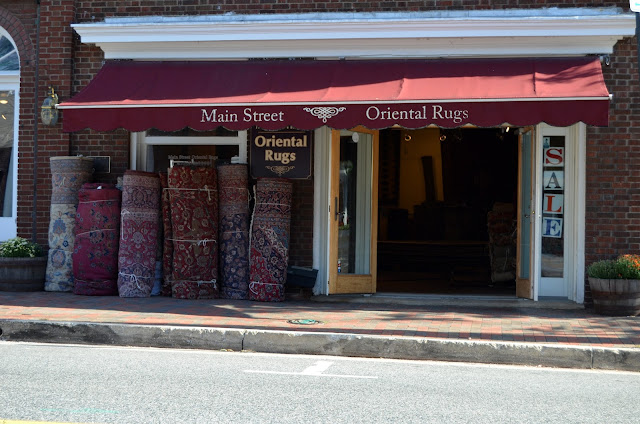 Last week I had a chance to stop by Main Street Oriental Rugs in Ellicott City. 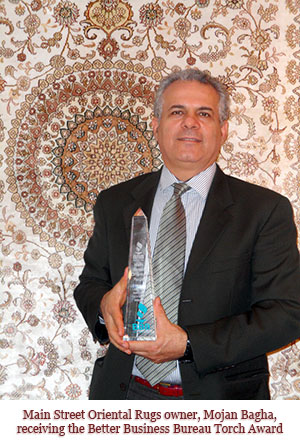 This store is owned by Mojan Bagha and sells rugs from a variety of countries.   Most of his rugs are from Iran, Pakistan, China, Turkey, Russia and India. 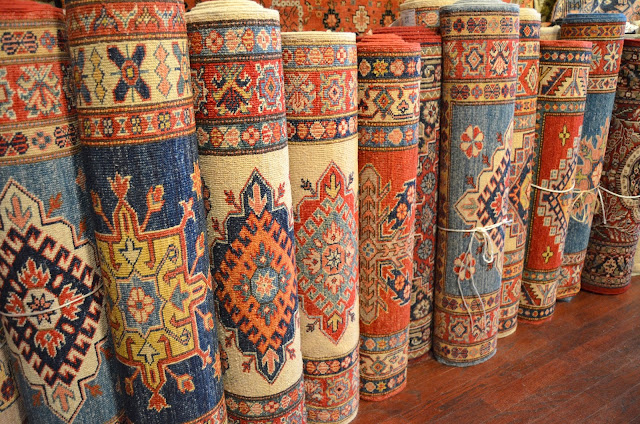 This area of the world was once on the silk trade route between Europe and the Far East.  The trade in spices and rugs brought this region the customs of both areas.  After minerals the production of rugs from some of these countries is the second largest source of income.
Unlike many of the other oriental rugs sold at large retail stores, like Home Depot, his rugs are handmade.  Handmade rugs are more durable and last longer than the machine made rugs.   The low labor costs of these countries is the reason why the handmade ones only come from this area. 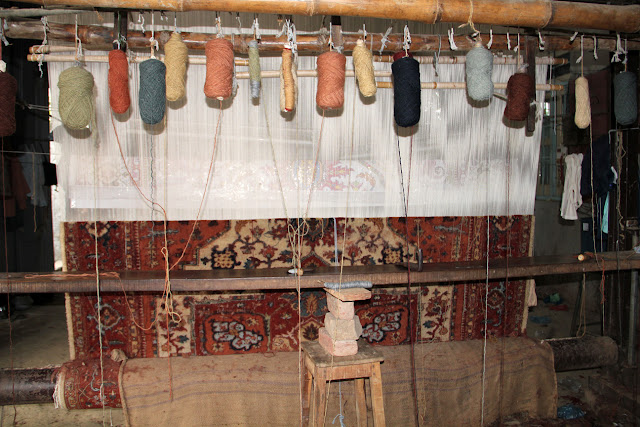 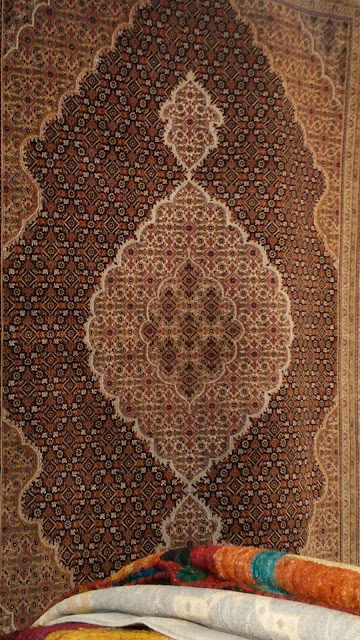 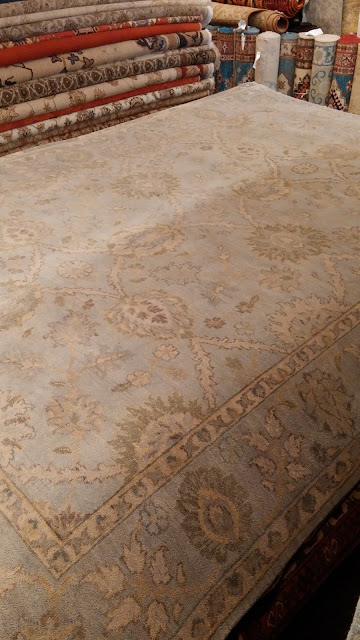 When you think of oriental rugs you probably think of patterns similar to the ones shown above.  In the most traditional countries like Iran and Pakistan these are the patterns you find. 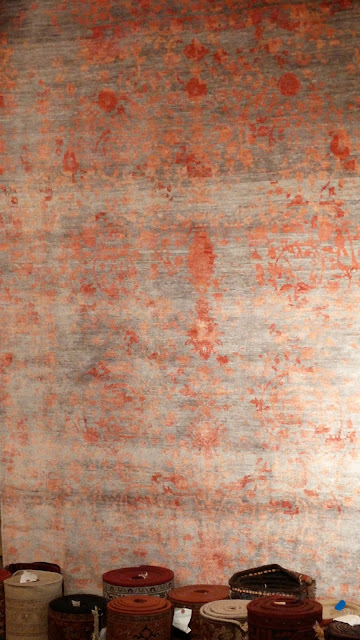 Countries like India are more willing to do non traditional patterns like the one shown above.  It is an indication of the more open society in India.  India still has a society that was influenced by the British and there willingness to more modern designs is a reflection of that influence.
Mr. Bagha came to the United States to go to school and stayed here after the Iranian Revolution because of religious persecution against people of the Baha'i faith in Iran.  Most of his family have left Iran for other countries around the world.  With the use of the internet many younger Iranians born since the Iranian revolution are interested in greater contact with the West.  The recent elections in Iran seem to possibly point to a more open country in the future.
With the Spring weather just around the corner is might be a good time to stop into this interesting shop at 8290 Main St. in Ellicott City.

Posted by duanestclair at 4:30 AM

No doubt carpet is one of the best choices to cover the floor. I really appreciate your views about carpets. Excellent post. Thanks for sharing You can also read my article as well.
https://bit.ly/2LXOTWQ

its a very nice post about rugs. i have purchased my handmade bokhara rugs from Qaleen. They are providing fine quality rugs are lowest price.